2017 ICC Champions Trophy – Ones to watch 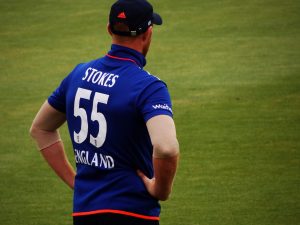 With just one ODI cap to his name, Chris Lynn comes into his first international tournament with little experience on the world stage. However, if given the chance to feature in Australia’s middle order he is unlikely to be daunted. Anyone who has witnessed Lynn’s performances for Brisbane Heat and the Kolkata Knight Riders over the last couple of years will know that his power and ability to clear the ropes on a consistent basis is something to behold.

Just nineteen years of age, Mehedi Hasan has already written himself into Bangladesh cricketing folklore. In just his second Test, he recorded figures of 12/159 to spin his country to a historic victory against England on home soil. Furthermore, he’s not too bad with the bat either, hitting a half-century in his maiden ODI innings. The heir apparent to Shakib Al-Hasan, Hasan is likely to be a key figure in Bangladesh cricket for the next decade at the very least.

Ben Stokes is anything but an unknown entity in international cricket anymore. With his recent performances in the IPL and ODI series against South Africa, he enters the tournament in great form. His ability to grab the game by the scruff of the neck either with the bat or in the field makes him England’s most prized asset. If they are to win this tournament, they will need Stokes to fire and hope that his body holds up well for the duration of the competition.

It is usually the heavy abundance of talent in the batting department of India that catches the eye. However, they enter this tournament with a strong pace-line up, one that is likely to cause some serious damage. This attack features young Jasprit Bumrah who has taken to international cricket like a duck to water. With an approach to the crease reminiscent of Makhaya Ntini, Bumrah is perhaps the best death bowler in world cricket at this moment in time, with the ability to consistently deliver toe-crushing yorkers.

Despite an outstanding ODI record, Martin Guptill remains a heavily under-rated cricketer. While he has never fulfilled his potential in the longest format of the game, his ability to bludgeon the white ball is undoubted. Scorer of a double-century in the quarter-final of the 2015 ICC World Cup, Guptill’s runs at the top of the order will be crucial if New Zealand are to go far in the tournament.

Over the last twelve months Imad Wasim has established himself as a key part of Pakistan’s limited overs squads. While he isn’t a big spinner of the ball, his accuracy has proved a handful for batsmen. Furthermore, with a batting average of 42 from his first 21 ODIs, he has shown that he has the ability to hold the fort if the Pakistani middle-order collapses.

With his dreamy strokeplay and appetite for a big score, Quinton de Kock has managed to rack up some mind-boggling numbers at just the age of 24. With 12 ODI centuries to his name from just 82 ODI matches, he is already on course to establish himself as a future great. Add in his tidy wicket-keeping and one can see what a jewel South Africa have on their hands.

Sri Lankan cricket is still on the recovery with the retirement of its two favourite sons – Mahela Jayawardene and Kumar Sangakkara. With the shoes of these legends surely impossible to fill, Kusal Mendis has made a strong argument to suggest that he is up for the challenge. His mammoth 176 against Australia in Pallekele last year will go down as one of the finest innings played by a Sri Lankan batsman. Having recently scored his first ODI and List A hundred against Bangladesh, he will be looking to be among the runs in England as well.