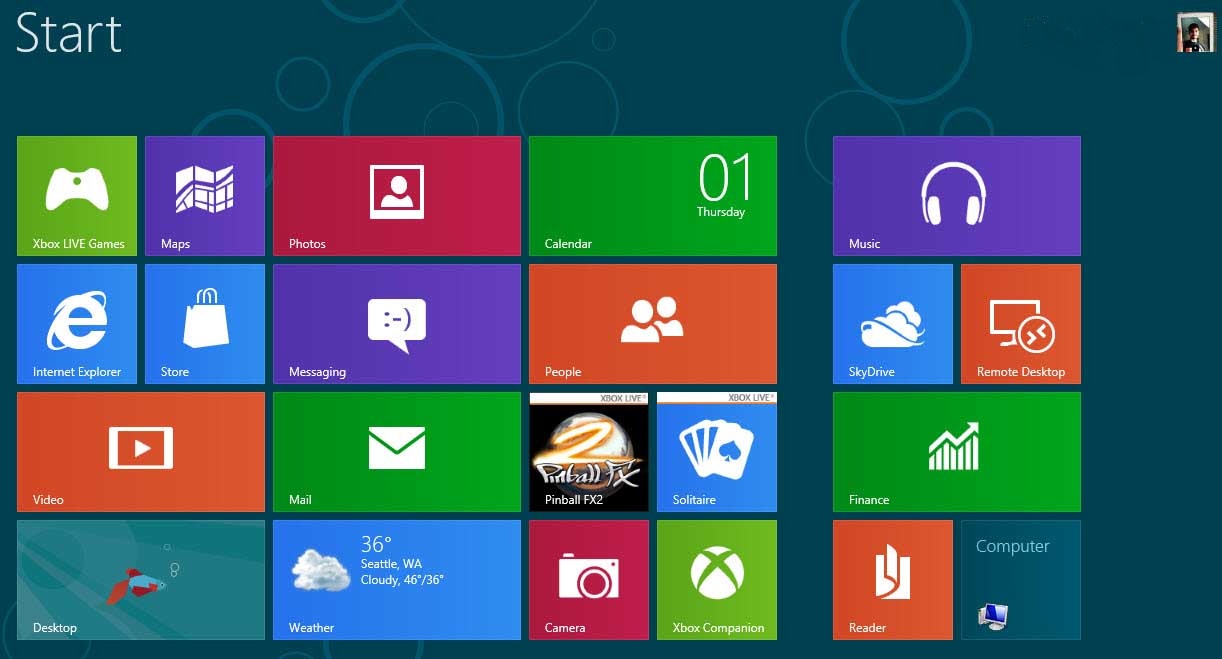 Last week marked the worldwide release of Microsoft’s newest iteration of its Windows operating system, Windows 8. In a bid to innovate amidst growing competition from Apple’s iOS and Google’s Android operating systems, and with the tablet market firmly in its sights, Microsoft is hedging its biggest bet yet. Desktop computing is dead, long live desktop computing! So, with Windows 8 available for just £24.99, will this new instalment be your Windows mate, or is it Microsoft’s worst to date?

Just three years after the successful release of Windows 7, considered by many to be Microsoft’s apology for Windows Vista, comes Windows 8. Much has happened since 2009; Apple’s iPad took the world by storm in 2010 with its reinvention of computing, whilst Google arrived late to the party, yet it has undoubtedly taken a foothold in the tablet computing market. Admittedly, Microsoft had indeed attempted to enter the tablet market by pushing what were (in 2001!) called ‘slates’, yet these fell flat due to lack of optimisation and wayward cost. In Windows 8, Microsoft is aiming to woo critics by introducing an operating system optimised for touch input, moving away from traditional keyboard/mouse navigation.

If there’s one thing that critics can agree on with Windows 8, it’s that there’s never been such a big learning curve when upgrading from one Windows version to the next. The operating system truly has been overhauled. Gone is the desktop and taskbar partnership as we know it; say hello to ‘tiles’. Heralded from Microsoft’s fledgling Windows Phone 7 OS, tiles are colourful blocks that represent apps in real time –calendar reminders, weather updates, and photo slideshows. They greet you upon start-up in a colourful melee of what looks like the result of a five-year old splashing paint on the screen.

The operating system is navigated by a range of gestures, which is all well and good on a tablet. On a desktop, gestures are carried out by hovering your mouse in the screen’s corners. Forget keyboard shortcuts – want to turn your laptop off? Hold your mouse here for a little bit and… a little longer… a little higher… In fact, a tech writer recently posted a video of his father’s first minutes with the OS; whilst some may feel sorry for his five minutes of embarrassment in failing to perform mundane tasks, I could relate to him. Having installed Windows 8 on my laptop, I found myself reverting back to Windows 7 within the hour, most of which was spent finding out how to turn the thing off. However, on a tablet, everything works smoothly, and gestures soon enter muscle memory.

My first conclusion after using the new operating system was that visual, tablet-oriented software does not belong on a laptop. Is this Microsoft’s way of ushering me into town to buy one of its new Surface tablets? Maybe. But hold on right there, and this is where it gets really confusing. Microsoft’s Surface tablet is its long-awaited answer to Apple’s iPad. This is where Windows 8 really feels at home, running flawlessly on a dedicated touch-screen device. However, Microsoft’s first Surface tablet runs Windows 8 RT, a special version of Windows for mobile chips that sees every single pre-Windows 8 program (apart from Internet Explorer and Microsoft Office) become totally incompatible with Windows 8 RT. Only apps specifically made for these tablets will run, which could lead to a similar situation that many Windows Phone 7 users find themselves in – there simply aren’t enough apps, because developers flock to iOS and Android.

Confusingly, in January 2013 Microsoft will be releasing more Surface tablets that come with the standard version of Windows 8. So…Microsoft has made an operating system that’s primarily suited for tablets, yet its own tablets don’t really run the ‘full’ version of Windows, which instead runs on desktops that aren’t designed for touch input. Is Microsoft destroying the keyboard-and-mouse recipe upon which its empire is founded? Why has Microsoft chosen to fragment its operating systems and confuse consumers?

Speaking of fragmentation, Windows 8 really is a Frankenstein of an operating system. You see, hidden in there is the desktop we’re all used to (admittedly without the start-button hub that many of us can’t live without) along with handy icons and accessible folders. This has led to the development of hybrid laptops with touch-sensitive screens, which get the best of Windows 8 in its various forms. Whilst this may be a saving grace for many early adopters, it does have its downfalls. If you’re working within Internet Explorer from the desktop, then you switch back to the ‘tile’ screen to check your email, then click on the Internet Explorer tile, you’ll be greeted by an empty screen. This is because it’s a completely different internet browser. The fact is there are separate versions of many crucial applications for both the desktop and tile presences. Sound weird? That’s because it is.

Teething problems aside, Windows 8 does indeed have much to speak in its favour. Start-up is blisteringly fast; updates, critical or not, are automatic and unobtrusive; there’s full cloud integration from the get-go; the Windows Store promises to revolutionise the way we download programs in a similar way to Apple’s App Store and in doing so makes the process more secure than ever (but get your lawyers at the ready, Microsoft, for Cupertino will come a-suing!). This Windows 8 borrows heavily from Windows Phone 7 and accompanies a company-wide rebranding of Microsoft itself in the style of its mobile operating system. Not only does this show how serious Microsoft is about its new offspring, it also shows how confident it is that it truly can revolutionise computing in the same way it did with Windows 95 back in the Gates days.

In conclusion, both you and I are completely confused at the prospect of using Windows 8. Should we be scared? Will our hoverboard-riding grandchildren ridicule us for our traditional keyboard and mouse set-up? Or did Microsoft’s Windows 7 developers simply take early retirement, leaving Vista engineers to wreak havoc over in Redmond? Critics are lauding Windows 8 as the beginning of a ‘new era of mobile computing’, but there’s no doubt that Microsoft is taking a huge risk in the hope that it can breathe life into Windows, long threatened by iconic and attractive tablet alternatives to its desktop cash cow.