Whales – The Kindest Creatures on Earth? 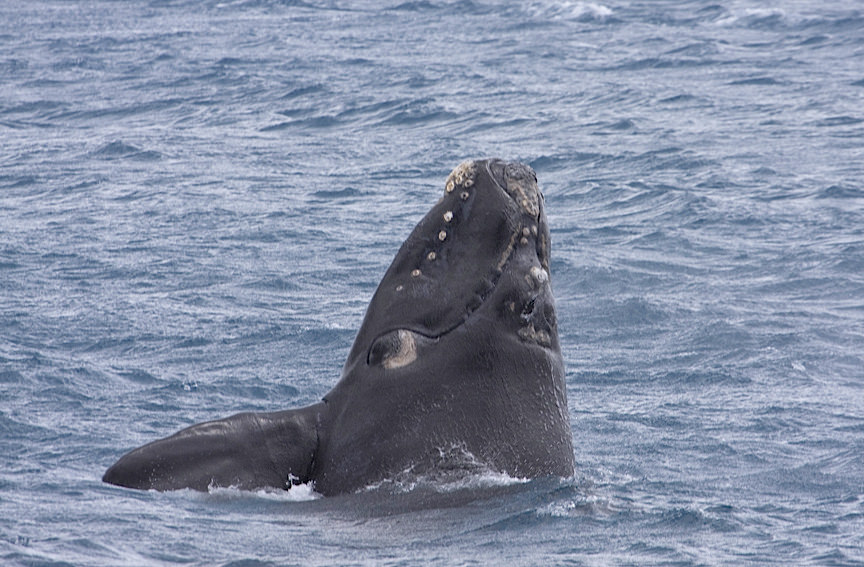 There is evidence that whales and other cetaceans are more ‘intelligent’ than chimpanzees.

We humans can be an arrogant lot. For the longest time we assumed ourselves to be the only intelligent creatures on the planet, the only ones capable of empathy. Humans are so thoughtful, kind and moralistic, we told ourselves, as we rampaged across the planet. It must be because our brains are so large for our body size. Oh, chimpanzees and other apes aren’t so bad – must be because they’re so closely related to us humans, of course. Birds? Don’t be silly, they’re all bird-brains! Whales? They’re monsters! Incarnations of the devil! They’ll bite your limbs off and smash your ships up, and then drag you down to drown!

Thankfully, we’ve moved on a little since then. It turns out that apes aren’t second to humans when it comes to relative brain size – toothed whales and dolphins are. What’s more, the surface of a whale’s brain is even more convoluted than that of a human, leading to an enormous cortical surface area – you can read more about this here. Cetaceans pass the mirror test, showing that they can distinguish themselves from others, and have the ability to learn and innovate. They have astonishing memories – bottlenose dolphins each have a “signature whistle”, which functions as a name and can remember the signature whistles of others after decades spent apart. They also have a rather complicated relationship with humans.

The ship-smashing, sea-demon, leg-eating picture of whales largely stems from times when whaling was big business (and wasn’t helped much by Moby Dick, which probably has a lot to answer for). Since we’ve learned more about the intelligence of whales and dolphins, you could even say we’ve become a bit sentimental about them. One (old) story that’s resurfaced and been doing the rounds is the one about a humpback whale that got tangled up in crab lines, and how it gently nuzzled the divers that rescued it in turn after it was freed. We can say without doubt that these divers were kind to the whale, saving it without anticipating any personal benefit, but these stories go both ways. Stories of dolphins saving sailors go back since before whaling became industrial, but new ones pop up all the time. In one instance dolphins herded swimmers together to protect them from great white sharks and humpback whales have been spotted saving seals from orcas. On one occasion, a humpback swept a fortunate Weddell seal out of the sea and onto its stomach, keeping it in place with its flippers as it lifted it out of the reach of the orcas. This behaviour seems deliberate, even calculated – the whale not only recognised the danger posed to the seal by the orcas, but it also chose a side. Did empathy lead it to actively protect the seal, even though it was of a different species? Like the divers who helped the trapped humpback, was it purposefully being kind?

(I suppose an alternative was that it was purposefully annoying the orcas. No eating here tonight – you’re on a diet).

The answer might lie with a rare type of neuron. Spindle neurons look like what they’re called on the tin – long, thin, spindly cells that are about four times as large as other brain cells, sending signals at high speed. They’re probably involved in making fast judgements about complicated situations and in typical human fashion they were thought to be exclusive to humans and great apes. Since other primates don’t have these neurons, it was believed that they had evolved in a common ancestor to the great apes – approximately 13 million years ago. They are found for the most part in the anterior cingulate cortex and the fronto-insular cortex, areas that have been linked to empathy, emotion, visceral reactions and emotional judgements. Spindle neurons have been found in these areas in whale brains too, including those of our humpback friends, though not in smaller cetaceans like dolphins, who may have evolved different, equivalent structures. But this is the interesting part. Although spindle neurons evolved in apes 13 million years ago, cetaceans last shared a common ancestor with terrestrial mammals 95 million years ago. This suggests that these neurons evolved separately in whales and apes, and whales might have even got there first. In fact, they may have had these special “empathy neurons” for twice as long as humans. They could have been drifting through the oceans and performing random acts of “kindness” for all that time – millions of years before primates could experience empathy at all. You can read more about it here and here.

When studying animal behaviour, it remains important not to try and anthropomorphise it. This is where we attribute human intentions or feelings to non-human creatures with no way of knowing if it’s really the case. Humans and cetaceans experience the world quite differently to each other. Humans have hands, which allow us to manipulate our environment, while cetaceans are typically reduced to sensing that environment, so it doesn’t seem likely that our brains work in exactly the same way. This doesn’t have to mean that humans are cleverer than whales, or vice versa – just that whale intelligence works differently to human intelligence, in ways we may never fully understand. Even using the word “kindness” to describe these behaviours is probably fallacious; a crude attempt to understand its meaning in human terms. But anthropomorphism might not be the only thing going on here. The helping behaviours employed by cetaceans towards endangered humans or seals aren’t so different to those they perform on their own species. Dolphins drive sharks away from their calves and whales use their bodies to push tired or sick individuals to the surface to breathe. When these behaviours are applied to other species, could this be called cetacopomorphism? Are whales projecting cetacean intentions and feelings onto non-whales?

It may never be possible to say for certain, though it seems as though humans could stand to learn a lot from whales. If they are being empathetic and the evidence for this seems compelling, they’ve been doing it for a lot longer than we have. In addition – scuppering the dinner plans of hungry orcas notwithstanding – cetaceans haven’t managed to start any wars in all that time. Not bad, for a bunch of leg-eating sea-demons.