Virgin birth not unique to Mary after all

Christmas is a time for overindulging on mince pies as we celebrate the birth of Jesus Christ, born to the Virgin Mary. This event is considered miraculous as Mary bypassed a fundamental law of human biology: reproduction requires sex. However, it is possible for eggs to become embryos without male fertilization through the process of parthenogenesis, which occurs in approximately 70 species. The Atlantic Blacktip shark, and komodo dragons are amongst those that are capable of so-called ‘virgin births’. 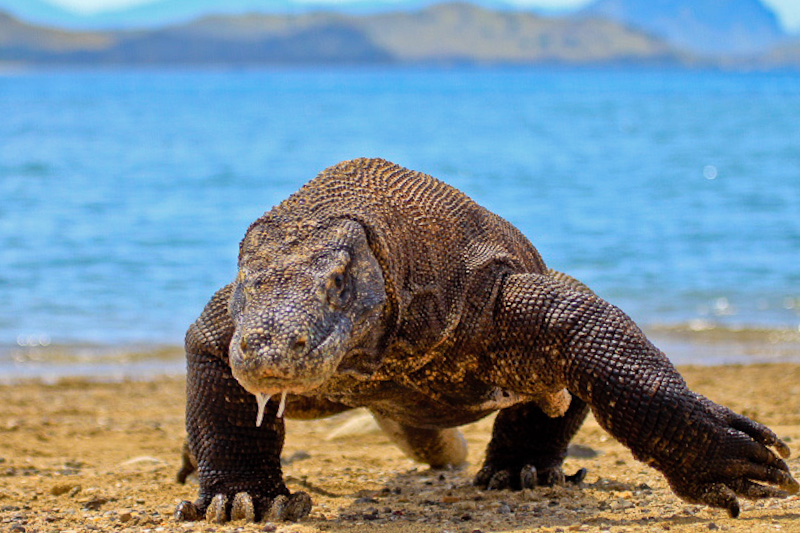 Normal reproduction in humans involves the fusion of a male gamete, the sperm cell with a female gamete, the egg cell to form a zygote. These gametes each contain 23 chromosomes; they are haploid. When the two cells merge, genetic recombination of the chromosomes occurs, and an offspring with 46 chromosomes is produced. This diploid organism therefore has a mix of genes from the mother and from the father.

Parthenogenesis occurs when offspring are produced from the female gamete without fertilization from a male gamete. Unlike a hermaphroditic species where an organism produces both the male and female gametes, parthenogenesis solely involves production of a female egg. Meiosis happens as usual to generates two haploid daughter cells. However, these cells then combine themselves to produce a genetically identical diploid organism.

This reproductive strategy can be observed in many different organisms. It is likely that parthenogenesis has evolved separately in divergent lineages due to the same selective pressure to reproduce without a mate. Many types of plants, together with vertebrates, such as komodo dragons and mole salamanders, and some invertebrates have ‘virgin births’.

Facultative parthenogenesis occurs in species that can perform both sexual and asexual reproduction. The availability of a mate determines which type of egg develops. For example, if males are present sexual reproduction will be favoured in order introduce genetic variation into the population. However, asexual reproduction allows the species to potentiate in the absence of males. Many insects, as well as komodo dragons, use this method.

Cyclic parthenogenesis occurs when select eggs can perform asexual reproduction and others cannot; thus alternate reproductive cycles require fertilization. Each organism has its own process to determine how and when each type of egg is laid and the type of organism the egg will develop into.

For example, water fleas are cyclically parthenogenetic organisms. Eggs capable of being fertilized are slow developing, yolk-rich, and lie dormant through winter. These eggs hatch as females once fertilized by males. Alternatively, eggs laid parthenogenetically are smaller, grow faster and are laid in the summer. Some will develop into females and others into males.

The process likely evolved to allow organisms to reproduce without requiring a mate. However, endangered animals that are experiencing a population decline appear to be resorting to parthenogenesis for reproduction.

A research team from Queen’s University Belfast, Nova Southeastern University in Florida, and Henry Doorly Zoo, investigated the virgin birth of a captive hammerhead shark. The team’s concern is that survival pressure pushing sharks to parthenogenesis is likely to weaken populations further.

Vertebrates had thus evolved away from parthenogenesis to enhance evolutionary, and survival, potential. This new information about sharks adopting the strategy was alarming for conservationists. However, “the findings will now have to be taken into consideration for any conservation management strategy, especially for overexploited species”, wrote Dr Paulo Prodohl, a co-author on the Biology Letters paper from Queen’s School of Biological Sciences.

And so whilst the conception of Jesus Christ was nothing short of miraculous, many animals are capable of reproduction without male fertilization as an alternative mechanism of species propagation.