Trafficking, computing and pink SUVs: A quick round up of this year’s Nobel Prizes 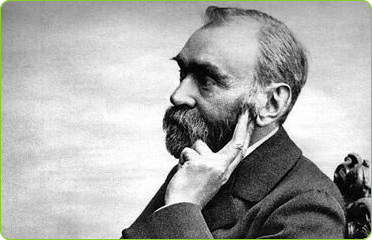 Recently there has been flurry of scientists visiting Stockholm, all attending one of the most prestigious award ceremonies in the world: the Nobel Prizes. Whilst I’m sure many people have kept an eager eye on proceedings, we have here a quick summary of the three main science prizes and why these epic discoveries are important to us all.

The 2013 Nobel Prize in Physiology or Medicine was jointly awarded to James E. Rothman, Randy W. Schekman and Thomas C. Südhof “for their discoveries of machinery regulating vesicle traffic, a major transport system in our cells”.

Multicellular life requires divisions of labour: each cell within our bodies acts as a small factory that requires certain input products in order to produce output products. A well-known example of when this goes wrong is diabetes, which is usually a case of certain cells failing to produce insulin (output) or other cells failing to recognise insulin (input). These three gentleman discovered, between them, the genes required for trafficking substances through small vesicular pathways in cells (Schekman); the machinery required for vesicles to fuse and dock with, for example, the cell membrane (Rothman); and the signals that instruct the release of cargo with correct timing and placement (Südhof).

Why is this important? Well, I’ve already mentioned diabetes and there are many other diseases that are caused by failures in the transport of something, including several neurodegenerative diseases, but beyond this: viruses! That pesky little bunch of proteins and nucleic acids, which cause such a debate as to what constitutes life, also utilise our own transport pathways when they carry out their insurgence behind enemy lines. If we can prevent them accessing our transport vesicles, we can prevent them reaching the nucleus of cell operations.

The 2013 Nobel Prize in Physics was jointly awarded to François Englert and Peter W. Higgs “for the theoretical discovery of a mechanism that contributes to our understanding of the origin of mass of subatomic particles, and which recently was confirmed through the discovery of the predicted fundamental particle by the Atlas and CMS Experiments at CERN’s Large Hadron Collider“.

This year’s Nobel Prize in Physics has gone to Higgs and Englert for their postulation of an ‘oh God’ particle; although I’m sure that Higgs values his Honorary degree from Durham more. Higgs and Englert (with the late Robert Brout) independently proposed the Higgs (should that be Higgs-Englert) Boson Particle. It should perhaps be noted that three other scientists (Gerald Guralnik, C. Richard Hagen, and Tom Kibble) also independently published a similar paper the same year; in fact, all six scientists received the J. J. Sakurai Prize for Theoretical Particle Physics in 2010.

The Higgs Particle is central to the Standard Model, a core premise of modern particle physics and is required for certain particles within the model to have mass. I’m sure we all remember the confirmed discovery of a Higgs-like particle at CERN last year. This discovery now gives us a strong indication that the Standard Model is, at least within certain criteria, a robust way to understand certain aspects of the universe. But now we must look to the Higgs and Englerts of our generation to move the model forward – for a start the Standard Model does not describe dark matter!

It may delight people to know that Higgs has spent his prize money on… a bright pink SUV… well, according the The Daily Mash anyway. It’s an entertaining thought at least.

The 2013 Nobel Prize in Chemistry was jointly awarded to Martin Karplus, Michael Levitt and Arieh Warshel “for the development of multiscale models for complex chemical systems“.

Classically (by this I mean a while ago now), chemists had to choose between the simplicity of Classical Mechanics, which allowed them to look at the shape and attributes of the ‘macro’ molecule, or the niggly-ness of Quantum Mechanics, which allowed them to look at how interactions between molecules are occurring. I guess a simple case would be the ‘lock and key’ analogy of enzymes, which can be modelled under Classical Mechanics, and the micromolecular interactions that occur within the ‘lock’ and are involved in the stability of catalysis.

In the 1970’s, Karplus, Levitt and Warshel developed novel methods using a combination of Classical and Quantum approaches to simulate chemical interactions. Their computer-based softwares used Classical approaches to the ‘macro’ aspects of molecules and interaction, whilst focusing on Quantum approaches at the ‘micro’ interaction scale. This work brought the computer to the same level of importance as the test tube and has allowed theoretical chemistry to simulate aspects of chemical reactions that are unobservable under standard experiments. Why is this important? Well now theoretical chemists can simulate how a molecule functions beyond just its shape. This can be used in many areas of chemical research, including pharmaceuticals and other areas of health and medicine.

Finally, we should mention, although in brief, the Nobel Prizes for Literature, Peace and Economics. In Literature, Alice Munro; the “master of the contemporary short story“. Although I’ve never read any of her work, I hear good things through my vast literary connections… In Peace, the OPCW, who are overseeing the destruction of Syria’s chemical weapons. Lastly, in Economics, Fama, Hansen and Shiller were awarded the Nobel Prize for their work on “empirical analysis of asset prices“.