The Martian Curse: Fact or Fiction? 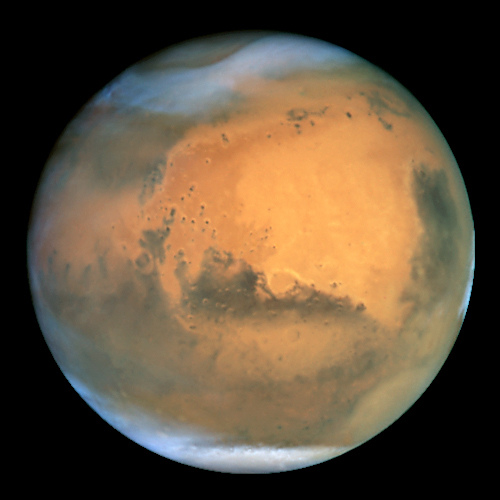 It’s January 2012. Somewhere over the Pacific Ocean, a small chunk of debris comes hurtling from the sky. But this is no meteorite: the new arrival from outer space is actually part of the burnt-up remains of a probe that had blasted off just two months before. It left bound for Mars; having lost communication with its Russian owners just days after launch, it got no further than near-Earth orbit before beginning its slow descent back to ground under the influence of the faint outer-reaches of an atmosphere it failed to escape.

What’s more, this was no extraordinary mishap. The Phobos-Grunt probe was the nineteenth craft dispatched to Mars and its moons by Russia – including attempted fly-by missions of the 1960s – and the nineteenth the Martian bodies have scuppered. Missions to Venus and the Moon have seen multiple successes for Earthly space agencies, but Mars does not take so kindly to visitors. Indeed, the Phobos-bound probe was the latest victim of the so-called ‘Martian curse’, a phenomenon that has reduced a long line of missions, including all those dispatched by the Russians and a large proportion of those initiated by NASA, the ESA and others, to failure. But what could be the cause of such widespread disappointment? Is Mars really reluctant to give up its secrets, or are there more tangible explanations for this mysterious behaviour?

Rewind now to November 1971. After years of planning, and six months of tentative travel through the long, cold gulf of space that separates the two planets, three space-probes from Earth have finally arrived at Mars, hoping to repeat the success that missions to explore conditions on Venus have enjoyed. Five probes were dispatched in 1971 to the red planet. But with the first missions to land on Mars came four of the first cases of the Martian curse in the most disastrous year for planetary exploration. Earlier in the year, the curse had left the Russian craft Mars 1 stuck in Earth-orbit and dumped the American Mariner 8 in the Atlantic before they could even leave Earth. Now, Earth-based controllers were struggling to gather data from the three beleaguered probes that did make it to Mars. But the problems kept recurring: neither Mars 2 nor Mars 3 provided anything like the amount of information the Russians had expected of them, shrouded in a dust storm, leaving Mariner 9 alone amongst the five crafts to beam back information on the Martian atmosphere. 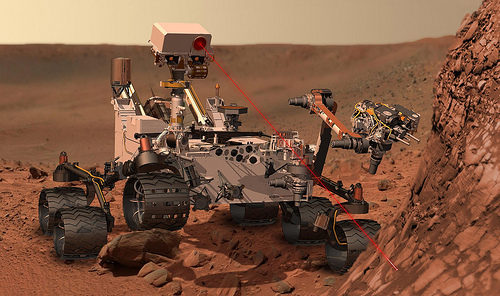 NASA’s Curiosity is supposed to arrive on Mars soon

Again and again, our missions to Mars have been dashed (see table, below). Indeed, since their first attempts to even fly past Mars in the 1960s, one hundred per cent of Russian missions there have failed. Since the first attempts at going into orbit around the planet in 1969, thirty-five per cent of American ones, as well as both missions from Britain and Japan, have ended in disaster, with nineteen out of thirty-one missions failing overall (sixty-one per cent). Could these failures really result from a Martian curse?

There are in fact several possible explanations for the mishaps. Perhaps there really is some sort of unforeseen physical phenomenon around Mars that causes malfunctions in arriving craft. This, however, seems unlikely when we consider that many of the mishaps suffered occurred before the probes were able even to leave Earth-orbit, far from the influence of Mars. Furthermore, the success of the majority of American missions to the red planet (though this success rate is not nearly so high as for Venus) suggests that, if the curse were to exist, it would have to be, for some reason, directed towards certain countries of the world and not others. Could the Martians really be playing a political game? Not likely.

Indeed, a more likely explanation might seem to be inferiority in the ability of Russia and the relatively inexperienced space-faring countries Japan and Britain to manufacture and launch successful missions. After all, the USA has been largely successful with Mars, and most of the Russian failures occurred during the years of the USSR, which, in its desperation to beat the Americans there, appears to have focussed on quantity rather than quality of obiters and landers, especially in the early 1970s. A large swathe of failures are Russian ones focussed around this time. Perhaps the USSR simply rushed out too many hastily-constructed craft rather than focussing its attention on building a few, better-tested, probes.

Since the collapse of the USSR, Russia has launched only two missions to the red planet, but, although these have failed, it has provided rockets for the successful launch of missions such as the ESA’s Mars Express in 2003. When we ignore the contribution of the USSR to Mars exploration, the success rate of missions to the red planet shoots to about two-thirds, better resembling those to Venus and the Moon, where the USSR fared better perhaps because its missions were less densely-packed and more carefully planned. Furthermore, Mars is particularly difficult to get to. Venus and the Moon are closer and have no moons of their own, making orbit calculations simpler, explaining perhaps why everyone seems to have fared far better sending missions to those places than to Mars. Indeed, more recent missions, learning from experience, appear to have had higher success rates, at least for the USA.

Failure: Spacecraft fell back to Earth

Success (except for Beagle 2, dispatched by Mars Express)

Failure: Spacecraft fell back to Earth

Unknown: Yet to arrive

Table: Successes and failures of attempted missions to orbit or land probes on Mars.

It would seem, then, that there is no ‘Martian curse’, simply a combination of difficult orbiting conditions on Mars and its moons, and a rather rushed 1970s Russian Mars programme driving down the success rates. After all, if Mars truly did want to hide its secrets, surely the two famous American rovers, Spirit and Opportunity, would have been the most likely candidates for failure. As it stands, they are perhaps mankind’s greatest successes in planetary exploration to date, having long outlived their expected time-spans.

Only time will tell how many more times the Martian Curse will strike again. For now, all eyes are on Curiosity, the latest NASA lander, as it speeds its way towards the red planet. Quite what it will run into on its trek onto and across that alien world, nobody can be sure.