The Majesty and Mystery of the Cosmos 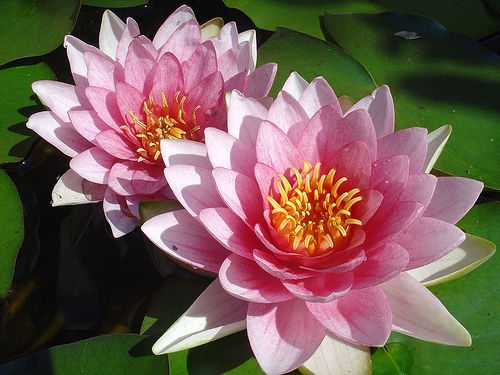 There is even more to a lily than its obvious beauty

I write this partially as a response to James Murray’s piece (“Does scientific theory have any bearing on religious faith”) in the 23rd November 2010 edition of Palatinate. Whilst I have no interest in discussing religion, he regularly implies that seeing life through scientific eyes somehow eliminates the wonder and awe we should feel towards the world.

Murray makes comments such as, “Science attempts to demystify life to such a degree that our everyday actions are reduced to absurdity…” I cannot see how having an understanding of science demystifies the world.

An exquisitely pure white lily is stunning. There’s no denying that. But knowing its biology unlocks infinitely more reasons to feel awe, wonder and adulation. Beauty is not just in what you see before you. Splendour and mystery exists also at the microscopic level, in wondering how it all works with no conscious entity to control it, and in contemplating the billions of years it took to form. Think of the chloroplasts assiduously converting the sun’s energy into food. Think of the membrane proteins, carefully regulating what enters and exists a cell. Think of its DNA – all 90 billion base pairs of it – relentlessly copying itself. Following that, consider the formation of every protein in the plant, moving silently around the cell like a tightly-run military procedure. And then realise that every single molecule works in this manner due only to four billion years of blind evolution. There has been no intent in producing the lily. No emotion was involved, and we are probably the first conscious beings to actually appreciate it. As Carl Sagan said, “These are some of the things that hydrogen atoms do, given fifteen billion years of cosmic evolution.” Are these realisations not infinitely more mysterious than simply admiring the immediate form of a lily?

A physicist can lie on a hilltop and gaze at the stars, feeling the same awe that early hunter-gatherers would’ve done. But there are so many additional reasons to admire that scene. The light you see began its journey before humans ever existed. The stars you see may not even exist any more! Each point of light is an enormous ball of chaotic nuclear fusion, very possibly vastly larger than our sun. Yet how are they so small? Because the distances involved are so vast! We can then speculate what else is out there. Is there life on another planet? When we appreciate the size of the universe, it seems obvious that there must be. Where are they? What would they look like?

How can you say this “demystifies” life? I become numb when I try to comprehend such realities. You may see a flower or look up at the stars and be staggered, just as anyone would be. But a scientist sees so much more.

I look at the natural world and constantly need to pinch myself. It seems so intuitive to think that everything is designed. But there is no reason to think it is, and thus we unlock the ultimate question: Then why is it here? Science is the only institution that still says proudly, “We don’t know.”

It is rather paradoxical that the more we’ve learnt, the more we realise how little we know. It is this sense of mystery and trying to understand the unknown that drives science forward. Scientists are frequently bashed as hard-nosed rationalists who remove emotion from the world. But the splendour they have uncovered is infinitely more exquisite and seemingly impossible than, say, a burning bush.

The fact that we simply live on this world is the ultimate clincher. We exist for a cosmically insignificant amount of time on a tiny planet spinning around a humdrum star. We should not be here, if you consider all the chance events that had to be in place for us to be born. Yet we’re able to open our eyes and comprehend such realities. That, to me, seems the ultimate miracle.

Murray’s outlook is one that I come across so often, and I become perplexed every time I encounter it. If you truly comprehend what science tells us, it seems quite impossible to make such judgements.