The Important Properties of Water 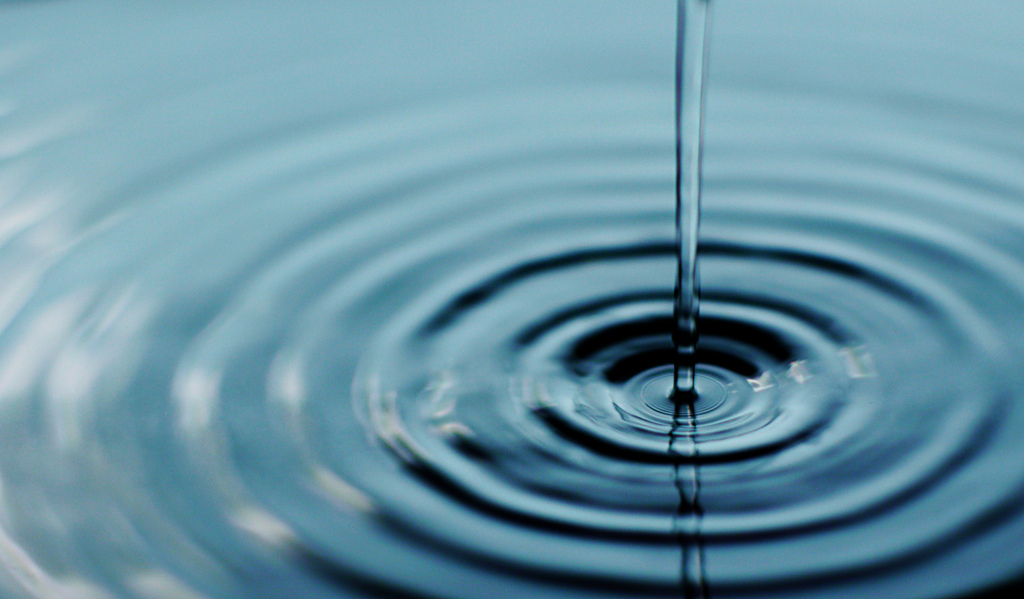 What is it that makes water so vital to our lives?

There is no disputing that H2O is a unique and valuable compound. It is essential to the survival, creation, development and quality of all life. It is vital for many phenomena, from many geo-physical processes occurring on earth, to sectors such as industry and agriculture and more. It is imperative to an extent that is unparalleled by other substances. It is very common, especially in the Earth’s biosphere, where it is the most abundant compound. Such utility and omnipresence requires a remarkable chemical structure. What precisely is it about water’s chemistry that gives it properties that enable it to be more suitable for so many purposes than the variety of other compounds on Earth?

To begin with, the intermolecular bonds in water are extremely strong. The presence of hydrogen attached to oxygen, a highly electronegative atom, distributed in an uneven arrangement, creates a polarity whereby the hydrogen atom has a partially positive charge and the oxygen atom has a partially negative one. Consequently, water can form hydrogen bonds, and since oxygen has two lone electron pairs, it can form an additional amounts of them. Each water molecule is able, in the ideal case, to form 4 hydrogen bonds to surrounding molecules. The strength of the intermolecular bonding means that a very high relative amount of energy is needed to break water molecules apart to change water to vapour or ice to water, and consequently a higher temperature is needed to provide enough kinetic energy for such phase changes. H2O, therefore, has much higher boiling and freezing points than would be expected from the trend in the group VI hydrides. So unlike hydrogen sulphide gas, water is liquid at room temperature (and pressure) and, vitally, it can flow without expanding into any available space such as the atmosphere. At temperatures on earth, water can form rivers and seas but can freeze and to some extent evaporate to complete the hydrological cycle since the temperatures at which it changes phase are achievable on earth.

What makes water a particularly useful liquid, however, is its ability to dissolve many important substances, allowing them to be transported them from one place to another when water flows. Indeed, water is predominantly used in industry as a solvent and is often referred to as the “universal solvent”. The partial positive and negative charge on the hydrogen and oxygen atoms respectively become attracted to the charges in the potential solute. If the solute is ionic, water will usually dissociate the solute into its constituent ions. If the solute is polar, water will interact with it sufficiently to dissolve it. The high salinity of water is vital to its ability to move sediments in geological cycles. Because salt content affects the density of water, water contributes to the circulation of the oceans, thus affecting the global climate. Furthermore, its solubility is vital to biological processes such as osmosis and has an important role as the main component of blood plasma.

However, merely being in liquid state is not sufficient for H2O to be able to travel around a plant or animal body. Life depends on the ability of water to overcome the force of gravity to flow up stems, roots, blood vessels and though cellular structures. H2O exhibits so-called capillary action; the polarity of its molecules causes them to be attracted to other molecules, as well as to each other, forming a strong film at the surface. In sufficiently narrow tubes, the forces of adhesion between the water and the tube sides can pull it up the tube to cells where it is needed for photosynthesis or to deliver nutrients, for example.

Another interesting and far-reaching property of water is the way its density changes as it is heated. H2O obeys the usual trend in that it expands as it gets hotter, except between 0 and 4°C where it contracts, increasing in density. Also, ice, the solid phase of H2O, is denser than the liquid phase of water and hence floats on top of it. This unique feature of water is again due to hydrogen bonds, which lock the molecules apart in an open crystalline structure. This anomalous trend prevents all bodies of water from eventually freezing solid – even when temperatures are below 0°C, sheets of ice form on top of ponds, insulating the water below. Also, since higher density substances sink, water at 4°C warms the bottom of the ponds, allowing aquatic animals to thrive deep below the surface. Since water absorbs very little visible light, some sunlight can reach the bottom of deep bodies of water so that some plants can also survive there.

Water does, on the other hand, absorb (and emit) strongly in the infrared region of the electromagnetic spectrum because of the way its bonds vibrate, making it a so-called greenhouse gas. In fact, it is the most abundant greenhouse gas in the atmosphere, even more so than carbon dioxide. Therefore, it plays a major role in keeping the temperature of the earth at a level which can sustain life. Additionally, water has a very high specific heat capacity – those strong hydrogen bonds require a lot of energy to loosen in order to increase the temperature. Therefore, the temperature of oceans and seas changes very little, staying within a small range which can support marine life. Similarly, water can act like both a base and an acid by accepting and donating protons respectively, which helps with the buffering of systems such as the ocean and the blood, keeping their pH values relatively constant.

Most chemical compounds have unique characteristics, but H2O is truly one of a kind in terms of the impact it has on Earth and subsequently within life on Earth. It may be boring by sight and taste yet, in terms of its chemical and physical properties, water is anything but mundane.