The Best of Improbable Research: The Ig Nobel Prizes 2013 (Part One) 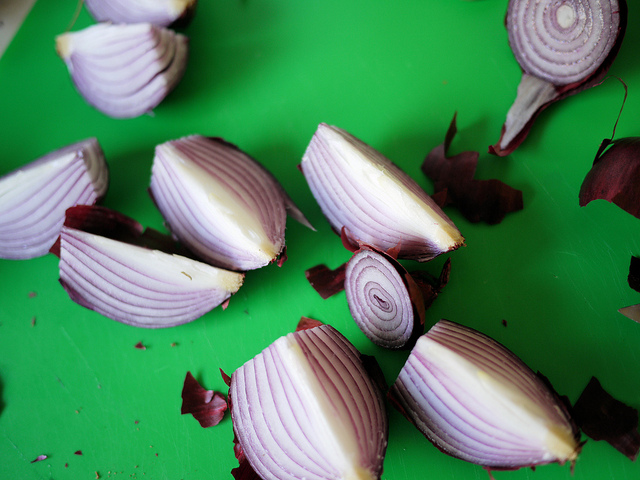 Onions without the tears – one of the weird and wonderful Ig Nobel winning projects.

September saw the twenty-third Ig Nobel Prize ceremony, organised by the Annals of Improbable Research, to honour research projects that ‘first make people laugh, and then make them think’. The ceremony, held at Harvard University’s Sanders Theatre, was broadcast on twenty major news and science websites, and over a thousand spectators sat in the audience as genuine Nobel laureates presented the winners with their award.

The purpose of the Ig Nobels is to credit unusual, imaginative experiments – and the research is certainly creative. Previous winners include a team of physicists who calculated the optimum movement of a ponytail and some neuroscientists who gave a dead salmon an MRI scan and found some activity. However, it isn’t about ridiculing science. Both good and bad research can be funny and inventive, but the organisers argue that good research can often be ignored or attacked if it is unusual, as if this makes it less serious. For instance, the latter study made an excellent point about the dangers of drawing liberal inferences from MRI results. Thus, the Ig Nobels celebrate all that funny and thought-provoking research has to offer.

Archaeologists have faced a problem when making inferences about the lives and diet of ancient people. When few or no artefacts are present, the most reliable information is in these people’s skeletons. However, when skeletons of animals which are not food sources for modern humans are found adjacent to ancient human skeletons, it is unclear whether they were eaten by the people, or died there as a coincidence. Skeletons of small mammals are claimed to have been found in fossilised human faeces, but only under specific conditions.

To shed some light on the matter, the researchers skinned, disembowelled and boiled a Northern Short-tailed Shrew, which was then swallowed (without chewing) in sections by one of the team. ‘Marker foods’ (sweetcorn and sesame seeds) were also consumed several hours before and after the shrew, to indicate when the Shrew’s digested remains were likely to, um, appear. Faecal samples were then heated and sieved, and the remaining bones cleaned and examined. Overall, digestion inflicted a lot of damage, with few bone fragments surviving. Finding this ‘digestive signature’ shows that it is possible to discern whether or not small mammals found near ancient humans were a food source or a red herring for archaeologists.

A less grisly alternative could have been to leave the shrew in a warm hydrochloric acid solution with occasional ‘stomach turbulence’, but where’s the fun in that?

African ball-rolling dung beetles are known to use the sun and moon to travel along straight lines away from the intense competition at the dung pile. However, previous research has found that, even on nights when the moon is not visible, dung beetles are still able to travel in straight lines. This suggests that they use the stars to navigate, but this ability has only been demonstrated in humans, seals and birds.

These researchers showed that dung beetles role their dung in straight lines under a starlit sky, but meander around when the stars are hidden by clouds, or when the sets of eyes that look towards the sky are covered by a tiny hat. Beetles wearing transparent hats, however, were able to travel normally, so the lack of stars, rather than the hat itself, caused the impairment in straight movement. When the experiment was repeated inside a planetarium, it was found that dung beetles moved in lines that were equally straight when only the Milky Way was visible as under the fully-lit sky. This implies that the dung beetles use the collective band of light produced by the Milky Way, rather than individual stars, as most stars are too dim for the beetles to discern.

Hat-wearing beetles aside, this piece of research has two important implications. Firstly, the observation that insects can use the stars to navigate suggests that it is a phylogenetically old ability – not a higher function associated with organisms with more developed brains. Also, knowing how dung beetles navigate is useful for setting up paradigms for future research into navigation or the behaviour of dung beetles in particular.

Imagine if that irritating response to chopping an onion could be eliminated. The researchers receiving this year’s chemistry prize have suggested that it may be possible to develop an entirely tear-free onion without making onions tasteless.

Previous research had concluded that a single enzyme, alliinase, was responsible for converting the substrate PRENCSO into the ‘tear factor’ chemical. Unfortunately, alliinase is also heavily involved in the biological pathway forming thiosulphinate, which is responsible for an onion’s flavour. However, when the current researchers added alliinase from garlic to PRENCSO, the tear factor was not formed, but a larger amount of thiosulphinate was, suggesting that another chemical must be needed to form it.

To find the extra chemical responsible, the researchers subjected a crude alliinase preparation from an onion (which could produce tear factor) to distillation, revealing three proteins. DNA analysis showed that these proteins were all coded by the same single gene, which produced a new enzyme, named lachrymatory-factor synthase by the researchers. Lastly, to test the proteins’ function, this gene was expressed in bacteria, and the resulting enzyme did indeed produce tear factor from PRENCSO. What’s more, omission of lachrymatory-factor synthase from the reaction with alliinase and PRENCSO did not just stop tear factor being produced. It also increased the yield of thiosulphinate – implying that a tearless onion might also be a tastier onion.

Transplants are pretty risky due to the possibility of severe immune responses, so anything that can potentially lower this risk is, arguably, worth investigating. Also, the relationship between mind and body is still unclear, and a person’s expectations or mood (which can obviously be influenced by external stimuli such as music) can affect their prognosis or treatment outcome.

In this case, the researchers performed allograft heart transplants on different groups of mice, who were then exposed to either no music, opera (Verdi), classical music (Mozart), new age music (Enya), or a tone at one of 6 frequencies, for six days. Another group receiving the transplant had their ear drums perforated before being exposed to opera music. The mice who were not exposed to music, had their eardrums perforated or were exposed to a tone all rejected their grafts fairly quickly (after around 7 days). Amongst the music groups, classical music lead to the longest survival rates, with a mean survival rate of 20 days. Thus, it seems that exposure to music has a positive effect, perhaps by reducing postoperative stress.

However, it is unlikely that surgeons will all start playing Mozart to their patients any time soon, as replicating this research might be difficult. Aside from there only being four mice in each group, two of the mice exposed to classical music lived for over 80 days, whilst the others only managed 20, so this will have had a large pull in favour of the intervention’s effectiveness. Still, it shows that it may be beneficial to study such influences on surgery – as long as spurious effects are controlled.

Humans can run on water at simulated low gravity

Walking on water is a feat which only a few insects and lizards are capable of. Up until now, scientists thought that humans have bodies which are too big, and feet which are too narrow, to manage it.

Using a mathematical model based on the movement of a basilisk lizard, and volunteers wearing flippers held over a paddling pool in a hoist to simulate low gravity, the team showed that running on water is indeed possible for humans. At 10% of the Earth’s gravity, all participants were able to stay above the water, and some were able to do this at up to 22%. This means that it would be possible to run on water not only on our moon, but on the Galilean moons of Jupiter, Saturn’s moon, Enceladus and on Pluto as well.

The researchers suggest that their findings are relevant to comparative physiology and possibly of interest to creators of biologically-inspired robots. And with the possibility of walking on water in space, perhaps NASA will invest in some flippers for their next endeavour.

So, those are the first five of the ten Ig Nobel Prizes 2013. In Part Two: research showing that people who think they are drunk also think they are attractive; what makes cows more likely to lie down; and how to reattach a penis severed by an angry wife.