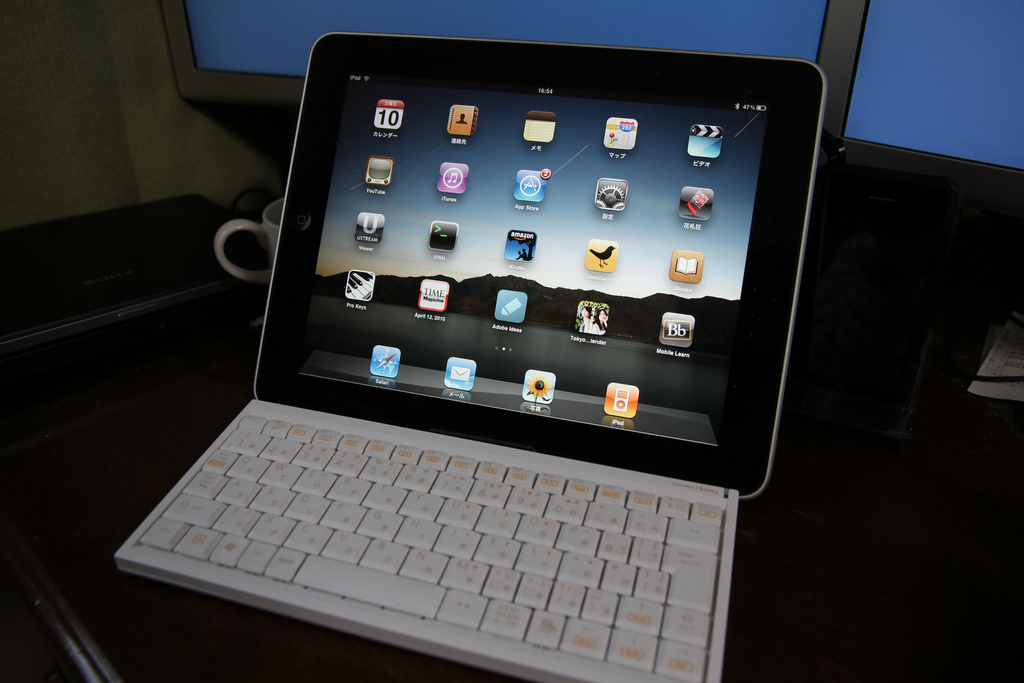 Can tablets replace their bulky brethren in the student sphere?

Tablets have been on the market for a few years now, yet there are still a few questions about what they’re actually for and who uses them; some people don’t see them as anything more than a big phone or a small computer, whilst being inferior to both. The truth is that tablets are almost certainly the way the market is going as it’s becoming cheaper and cheaper to produce the necessary components, whilst developing an app is becoming ever more accessible with amateurs and professionals writing better apps for an increasing range of platforms.

Tablets tend to be lighter and more portable than normal computers yet lack the power of their bigger counterparts. They aren’t supposedly intended as replacement computers yet, despite this, more and more people are giving up their cumbersome laptops for the sleek interface of a 7–10’’ touch screen display.

The use of tablets, however, still remains a big question, especially for students. Tablets often work out cheaper than a ‘normal’ computer and tend to be much lighter with better battery life. These features are likely to be of main interest to students looking to replace their bulky laptops in lectures.

Importantly, tablets don’t yet match the performance of many laptop computers. For a price similar to that of the cheapest iPad (just shy of 300 pounds for the smallest iPad mini), you could pick up a bottom-of-the-range laptop that would still have a larger hard drive and faster processor. That said, these laptops are becoming less and less common to see – cheap computers don’t tend to last as long as more expensive ones… that’s why they’re cheap. An entry-level laptop, weighing in at between 2.5–3 Kg, is four to five times heavier than a standard 10’’ tablet. When it comes down to it, a decent percentage of time spent on computers goes on word processing, internet access and social networking. These are the very things that tablets do best.

It seems clear, then, that there is a distinct advantage in the use of tablets. The market has expanded massively in the past few years with new devices being released regularly to meet the increasing demand. Recent releases are adding more choice to a growing market, the new iPad mini with 7’’ display boasts the same battery life and screen quality of the iPad 2 as well as the same overall power in a much smaller frame.

The Kindle Fire devices released in the US last November have finally made their way over to the UK, and the extremely reasonable cost of £129 pounds for the cheapest model leads us to believe that this is arguably one of the devices most likely to make a dent in Apple’s massive market share, at least than half the price. Alongside this there are new and soon-to-be-announced devices from Motorola and Microsoft.

How useful are tablets to students? The main are, as mentioned, portability and battery life. Furthermore, as tablets become more powerful they are catching up to the lower end of the market in laptops. This is a market segment that is already dominated by students looking for a cheap machine.

Tablets are also still being lauded as mainly browsing devices. This is an interesting point as there are multiple wireless hotspots throughout university buildings, yet the standard wired ethernet connections in many University owned rooms (which are incompatible on tablets) may dissuade some of the more techno-phobic of the potential tablet purchaser. The ability, however, to carry a device that weighs less than a kilogram and is thinner than a centimeter will definitely be of value.

Tablets are decidedly easier to take to multiple lectures/seminars and will last the whole day. Whether everyone will be comfortable adjusting to typing on a touch screen display for an extended period is another matter, however.

Another pertinent issue is the ease at which self-confessed technophobes will be able to transfer information from, for example, typed lecture notes onto their main computer for formatting/printing etc. The Apple integration of iCloud would seem to make this easy but this is by no means as simple as Apple makes out. Other manufacturers have similar systems but, as is now the norm if you don’t have a device with the same logo as your computer on the back, it’s going to be a lot harder to get the two to work together. Customers will need to consider whether their tablet will be a replacement or addition to a main computer, and if so, how easy the latter option will be.

The question, then, is: are tablets an appropriate or even sensible buy for the average student? What purpose do they actually serve? Whilst browsing seems to be the main focus, this ignores the creative nature of both the Apple ‘App Store’ as well as the Google Play Store, both of which allow a fair degree of open competition between different app developers. This freedom has spawned literally hundreds of thousands of apps, some of which are useful (star gazing, newspapers subscriptions, music making etc.), and not so useful (think of the hours you’ve wasted on Angry Birds). The ability to download different apps that serve so many different functions is a massive factor in favour of tablets that desktop computing is only just starting to catch up on.

In my view, tablets can be a valuable addition to a home computer, or in many circumstances a viable replacement to one. For students the question is a different one: will they be worth the money if you already possess a functional computer? It’s difficult to say – more and more people are using laptops in lectures, and over the years they have become lighter, more portable and more reasonable to carry around. Tablets would seem to be the next logical step, though at the moment they are perhaps still a novelty rather than a serious working device.

Tablets are becoming increasingly prevalent, and whilst many people will be buying them to use at university as well as at home, whether they are suited to both these applications is uncertain. If people are willing to spend money on the latest Apple or Samsung tablet, it is unlikely they will be disappointed, as the number of overall tablet sales in the last few years rank in the tens of millions. Devices that were originally criticised for being pointless have now proven critics wrong. In the next few years they will likely become the staple at home and at work and for now we are perhaps in the middle stage. Many will find the learning curve and the need to switch between tablet and desktop a challenge. For now, then tablets remain a viable yet perhaps not the best option for students looking for the easiest way to work away from a fixed location.