Supersymmetry: the End of the Road? 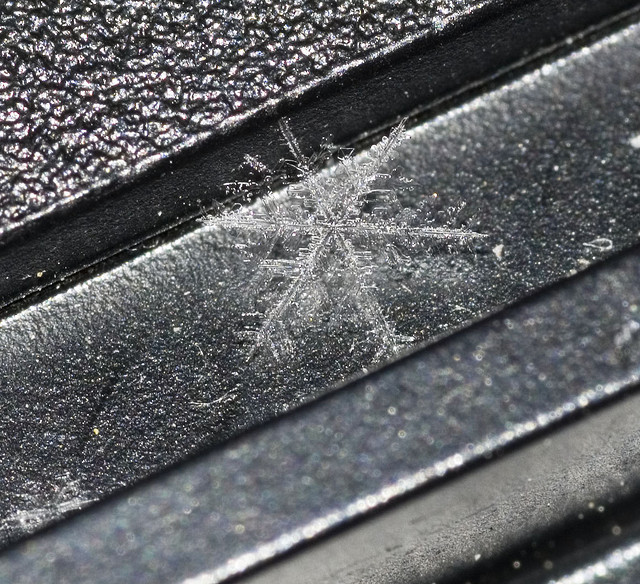 Symmetry: everywhere we look in nature, it overwhelms us. The 6-fold symmetry of a snowflake, the infinite rotational symmetry of a drop of water, the reflective symmetry of a human face. It is a beautiful feature of our world, no doubt, but why is it so? Well, symmetry in the biosphere can be explained by invoking mutations, DNA & natural selection, but the plethora of non-biological natural symmetries we see have a deeper explanation. The laws of physics, as we understand them, are intimately intertwined with the concept of symmetry.

Take the Newtonian world of classical mechanics: whilst there might not at first sight seem much to do with symmetry in F=ma, when we cast it into a particular mathematical formalism, we find that symmetries and conservation laws are naturally related, via a handy mathematical theorem known as Noether’s theorem. This theorem basically states that, associated to each symmetry of a physical system, there is a corresponding conserved quantity, or conservation law, if you like. For example, conservation of (linear) momentum is associated with translational symmetry: that is, if moving an object in space doesn’t affect its energy, then its (linear) momentum is conserved and Newton’s first law naturally arises. Identical symmetry concepts also apply in quantum mechanics – funnily enough, it’s just a matter of scaling & interpreting things a bit differently.

The intriguing thing is that, the more fundamental we get, the more central a role symmetry plays. In quantum field theory, the mathematical formalism for what is, currently, our best description for the laws of nature and the standard model of particle physics, symmetry is absolutely vital. For example, rotational symmetry corresponds to conservation of electric charge. On the level of interactions of elementary particles, this means that when two particles with electric charge interact, their total electric charge is left unchanged by the interaction. Two other universal symmetries give rise to two other ‘charges’ that are conserved in all particle interactions: ‘strong’ and ‘weak’ nuclear charge. Since all the laws of physics can essentially be derived from such conservation laws, symmetries, in this way, occupy a level right at the top in hierarchy of physical theories, more fundamental than any equations, including conservation laws.

Understandably, therefore, theoretical particle physics is completely obsessed with symmetry. Indeed, for the past two decades, a theory known as supersymmetry, or SUSY for short, has been a leading candidate for physical theories ‘beyond the standard model’ of particle physics. SUSY is the prime candidate for giving us a better, more unified and complete understanding of the laws of nature and, moreover, telling us more about it – to be precise, about twice as much. SUSY posits that for every particle we know of in the standard model, there is another similar but distinct ‘supersymmetric partner’ particle. It’s a wonderfully elegant theory, positing an extra level of symmetry to the fundamental laws of physics. It gives the prospect of explaining such strange phenomena as dark matter, which, in spite of making up around 97% of the universe, we currently have no verified physical explanation for. However, since the superpartner particles that SUSY posits the existence of are much heavier than most of current brand of standard model particles, this ‘dark matter’ astronomers see strong evidence for may well be these ‘superpartner’ particles.

However, there is one rather big problem SUSY has: to date, there is absolutely no experimental evidence for it. A few years ago, before the Large Hadron Collider (LHC) came online, uncertainty was an understandable position to be in, as the energies obtainable from all previous particle accelerators simple weren’t enough to generate these massive superpartners. As Einstein predicted, energy & mass are interchangeable currency, through the formula E=mc2. Therefore, higher energies mean more massive particles can be created. However, since the LHC started smashing particles together, all searches for direct evidence for such particles have turned up dry. Moreover, experimental results that could yield indirect evidence for such particles, such as being carried out by LHCb, which are deliberately looking for holes in the standard model, have also proved disappointing. One particular experiment looking at the rate at which two electrons decay into two muons, has proven particularly so: whilst discrepancies in the measured decay rates could serve as experimental evidence for SUSY, so far the results have been in exact agreement with the predictions of the standard model, with a certainty of roughly 99%.

So, is this the end for SUSY as we know it? Yes and no: whist these latest experimental results rule out many supersymmetric quantum field theories, many others still remain. However, in current times, particle theorists cannot help but feel they’re being closed in on by tides of new experimental data, possibly, but by no means necessarily, soon to be swept away completely.

Still, even if we are nearing the end of the road for supersymmetry, we can still all raise a glass to symmetry. Even if nature isn’t quite as symmetric as we would like it to be, one cannot deny the fantastic success symmetry has achieved in explaining vast swathes of the current laws of physics we know and love. From energy conservation to isospin, from electric charge to quark ‘flavour’, symmetry is firmly rooted in theoretical physics and it is here to stay. You can raise your rotationally-symmetric glass to that!