Simon Singh and the legal threat to science 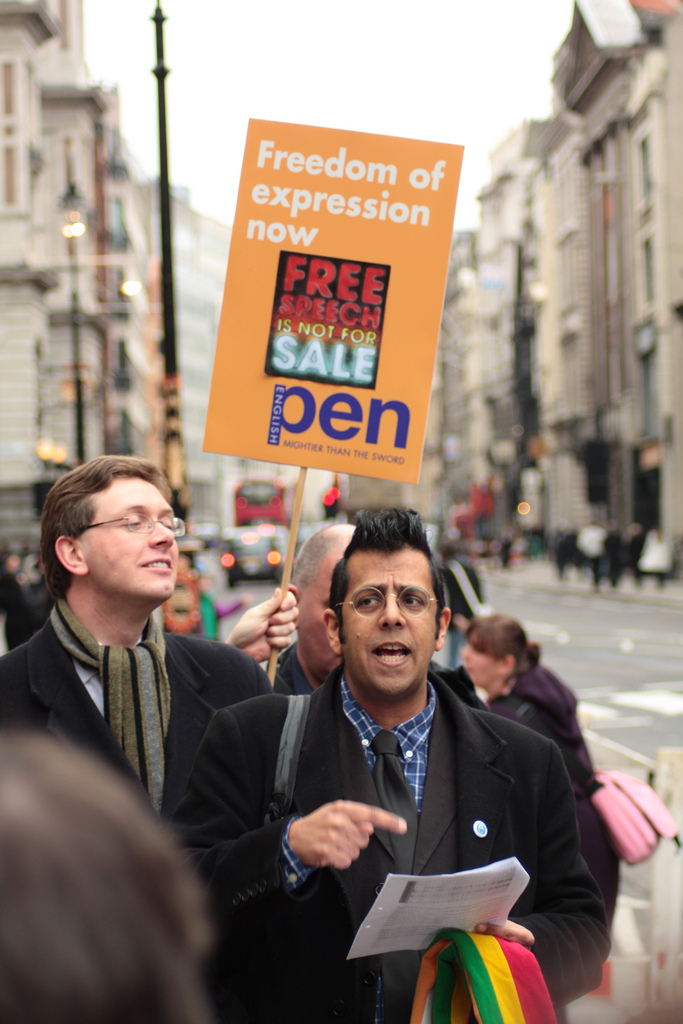 Simon Singh, with his lawyer Robert Dougans, outside the Royal Courts of Justice

A self-described geek, with spiky hair and a PhD in physics, Simon Singh is something of a scientific celebrity. Approximately three hundred staff and students crowded into one of Durham’s largest lecture theatres on December 8th when he gave the annual Stirling Lecture on ‘Science and the Media’. A large audience by university standards, but Singh is presumably used to larger ones from his national ‘Uncaged Monkeys’ tour alongside Brian Cox, Ben Goldacre and Robin Ince.

Singh initially made his name with a documentary and subsequent book on Andrew Wiles’ proof of Fermat’s last theorem and this formed the first part of his talk, discussing the process of filming and the ethics of altering an interviewee’s words to make them more comprehensible to a lay audience. The second, rather longer, part focussed on Singh’s more recent activities: alternative medicine and the libel case that has made him a hero in scientific circles.

His interest in alternative medicine was sparked by watching a BBC documentary purporting to present the evidence for it. In one scene a woman is shown undergoing open heart surgery while still conscious, using acupuncture instead of general anaesthetic. Impressive? Well, it would have been if the acupuncture hadn’t been supplemented by three major sedatives and local anaesthetic! After eventually winning an apology and correction from the BBC board of trustees Singh wrote with Edzard Ernst, the world’s first Professor of Complementary Medicine.

This book formed the basis for an article in The Guardian on 19th April 2008 marking Chiropractic Awareness Week. It’s worth reading in full, but the synopsis is that most chiropractors don’t restrict themselves to treating back problems (and even here the benefit is questionable) but believe many or most general ailments are caused by misaligned vertebrae, with the British Chiropractic Association claiming its members can help treat colic, ear infections, asthma and more. Singh (rightly) noted that there is “not a jot of evidence” for these claims, and declared that the BCA “happily promotes bogus treatments”.

Rather than present evidence for the effectiveness of chiropractic and arguing their case the BCA chose to sue. The case was eventually dropped, but only after two years and £200,000 of legal fees. Singh was able to claim his defence fees from the BCA but as a freelance writer he will not be compensated for the lost income from the years spent fighting the case. These figures are absurd but typical. The Guardian was left £175,000 out of pocket defending a libel action launched by Matthias Rath after Ben Goldacre criticised him for taking out full page adverts in South African newspapers condemning AIDS drugs and plugging his own vitamin pills instead.

There are many more examples of science writers subject to litigation or threats of litigation for raising concerns about particular results and therapies: Andrew Wakefield against Brian Deer, Channel 4 and The Sunday Times (and more recently the British Medical Journal), the Society of Homeopaths against David Colquhoun, Gillian McKeith against, well, just about everyone. The only unusual aspect of these cases is that they were fought at all: with nothing to gain and everything to lose most people, quite reasonably, back down rather than wager their livelihoods in a game rigged against them.

Abusing libel laws to stifle free speech is nothing new: Robert Maxwell drowned the faintest murmur of criticism in legal writs and kept most his misdeeds out of the press until his death sank any threat of litigation. The intrusion of law into science is a new and troubling development though, made worse by the popularity of conditional fee agreements and libel tourism.

The admirable intention of ‘no win no fee’ was to make justice accessible to all regardless of wealth, with lawyers only billing the client if they won the case in which case they were entitled to charge up to twice their usual rate as a ‘success fee’. In practice this has made it even easier for unethical litigants to bully their victims into settling out of court by running up absurd legal bills (libel lawyers may charge £500–£800 per hour even before success fees) with little risk to themselves. The cost of a defamation action in the UK is one hundred and forty times the European average and lawyers’ fees are usually orders of magnitude greater than the actual damages awarded to plaintiffs.

Meanwhile, UK courts have cheerfully accepted jurisdiction on cases concerning foreign individuals and organisations, most notoriously when Mr. Justice Eady allowed Saudi businessmen to sue Rachel Ehrenfeld, an American, for the contents of a book of which just 23 copies had been sold in the UK. Britain’s common law tradition was once looked to as a bastion of liberty and the free press, but now foreign publishing companies refuse to publish items for fear of being dragged before London’s draconian new Star Chamber.

In one particularly troubling example cardiologist Dr Peter Wilmshurst was sued in London by US company NMT Medical on the basis of remarks made at an American conference and later reported on an American website where he criticised the company’s clinical trials of one of their medical devices. NMT went bankrupt after three years of litigation before the case could be resolved, leaving Wilmshurst with legal bills running into hundreds of thousands of pounds. Even in the best possible outcome, with the litigant obliged to cover all legal bills, critics will never be compensated for the years of lost time and lost earnings spent defending their case. When the wages of dissent are so steep who’d be a whistleblower?

On your next visit to the doctor or pharmacist remember this: it’s conceivable that you’re being prescribed a treatment which is ineffective or even harmful because fear of litigation has silenced those scientists who might otherwise warn against it. Nobody wants to abolish libel – victims of malicious or negligent falsehoods need to be protected – but it must be reformed so that it can no longer be used to censor legitimate criticism and debate. Most importantly, scientists must be free to do their jobs and pursue truth unhindered by lawyers’ pursuit of fees. As US federal judge Frank Easterbrook wrote, quoted approvingly in the Appeals Court’s judgement in favour of Singh:

“[Plaintiffs] cannot, by simply filing suit and crying ‘character assassination!’, silence those who hold divergent views, no matter how adverse those views may be to plaintiffs’ interests. Scientific controversies must be settled by the methods of science rather than by the methods of litigation. … More papers, more discussion, better data, and more satisfactory models – not larger awards of damages – mark the path towards superior understanding of the world around us.”

Sense About Science, Index on Censorship and English Pen are campaigning for reform. You can sign their petition here: http://libelreform.org/