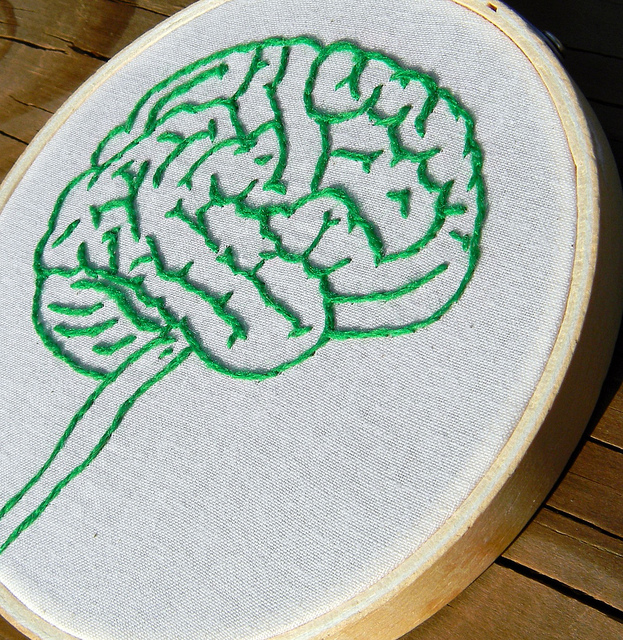 Have the male and the female brains been shown to be different?

Research published this month has allegedly proven that men and women’s brains really are different, and that the gender stereotypes of the man who can’t multi-task and the woman who can’t read maps really are true.

Except that it hasn’t proven anything at all, apart from perhaps that bad science can still get through peer review.

The study was conducted by researchers at the University of Pennsylvania and published in Proceedings of the National Academy of Sciences (PNAS). The researchers conducted brain scans of 949 people and used Diffusion Tensor Imaging to analyse the connections between 95 brain regions. They observed that women’s brains were more connected between the two hemispheres, whereas men’s brains had more connections within the hemispheres. These differences emerged after the age of 13 (the youngest age group tested). According to the authors, their findings imply that male brains are structured to optimise co-ordination of perception and action, whilst female brains are structured to allow efficient integration of the analytical left hemisphere and intuitive right hemisphere. In other words, men are wired to read maps and women are wired to multi-task.

There are several reasons to entirely reject this paper, and the stereotypes it enforces, and within one day of its publication, the paper had been ripped to shreds by the science writing and academic community. Despite the flashy imaging technique used and the large sample, the details of the methodology are somewhat dubious. For instance, the sample were aged between 8 and 22 years old, so even the older participants were barely adults, yet the authors used this data to make inferences about the adult population, using a developmental approach that cuts out before the brain has actually finished developing (which occurs around age 30). A more technical problem is in the imaging analysis used: parcellation of the brain into 95 regions, based on 68 cortical and 27 subcortical regions, makes for a rather coarse analysis, at an inappropriate scale for investigations of connectivity.

The statistical analysis is also questionable. The researchers only present statistics for the differences between males and females within each age group, and omit comparisons of differences between the age groups. Ergo, it is impossible to interpret the meaning of significant differences in connectivity between the sexes, as no indication of the relative size of the effect is given – it is perfectly possible to have a significant result which has no practical meaning if the effect size is tiny. Many other studies have found age to be more important than sex, so these researchers may have deliberately failed to report any effects of age which would contradict their hypotheses. Indeed, the sex differences might be explainable in terms of the fact that girls generally enter into adolescence earlier than boys do – the youngest group (aged 8–13) may have been particularly diverse in that respect.

However, even if these dubious practices can be cast aside, and the findings considered legitimate, there are still problems in the interpretation of the results. This study tells us nothing of the behavioural or psychological differences between men and women, as these weren’t measured. Instead, the authors rest on stereotypes to back up their findings, without testing whether the stereotypes even hold true in the sample. A further myth the study seeks to support is that of logical left-brain versus intuitive right-brain thinking, an outdated and over-simplistic idea that even the pioneers of split-brain studies don’t believe in anymore. Whilst it is agreed that the hemispheres do have certain relative specialisations, several traits of each hemisphere have been found which don’t fit this distinction, and a recent study found no evidence to suggest that people use one hemisphere more than the other, so the myth certainly has no place in explaining sex differences.

The problem with this study isn’t that men and women’s brains aren’t different. Biological differences do exist, but the exact consequences they have on behaviour is unknown. For instance, men’s brains are, on average, 10–15% larger than women’s, not because men are more intelligent, but probably merely a consequence of the fact that men are generally taller and bigger than women. A larger brain, however, may require connections to be organised differently to preserve efficiency. There are also differences in the composition of the brain, with men having slightly more white matter and women having slightly more grey matter, and sex differences in the relative size of different structures within the brain. These sex differences don’t hold true for every individual and there is a degree of overlap.

Despite all these differences, men and women manage to behave very similarly – a major blow for sex stereotypes. An earlier study, of which the participants in the PNAS paper were a subset, demonstrated that sex differences in commonly-stereotyped psychological skills (e.g. spatial processing and social cognition) are absolutely minute. Nearly half of the sex differences were either non-existent, or so small that the ‘correct’ sex would be superior less than 53% of the time.

Where differences do exist, it is unclear whether these are due to biological differences, or culture and experience, which also affect the brain. We know how men and women’s brains are typically structured, but not how they could be if stereotypes didn’t exist. Behavioural studies have shown that informing women that their sex are inferior at mental rotation invokes poor performance, whilst giving them empowering information beforehand removes inequalities in performance. Cultural factors could have been considered in this study, by examining the subjects the participants studied or hobbies they chose, but again, the researchers ignored this in favour of supporting the stereotypes, ensuring there is nothing to contradict their conclusion.

In what seems a desperate last bid to defend their paper from criticism, one of the authors informed The Guardian that the research was inspired by sex differences in the susceptibility to different mental illnesses. This does little to help, because apart from there being no mention of such a focus in the PNAS paper, there is substantial evidence to suggest that such differences are largely due to men’s reluctance to seek help and unhelpful diagnostic criteria which appeals to gender stereotypes. In other words, actual sex differences in mental illnesses may be smaller than they appear.

Perhaps this paper, and the wider gendered-brain sentiment, demonstrates our fixation with finding that elusive, definitive explanation of the differences between men and women. Or, perhaps it is merely a badly conceived, misguided piece of research with a splash of media-friendly neurosexism that will ensure that the public misunderstanding of neuroscience continues. Either way, PNAS really should have known better…