Science is a Girl Thing 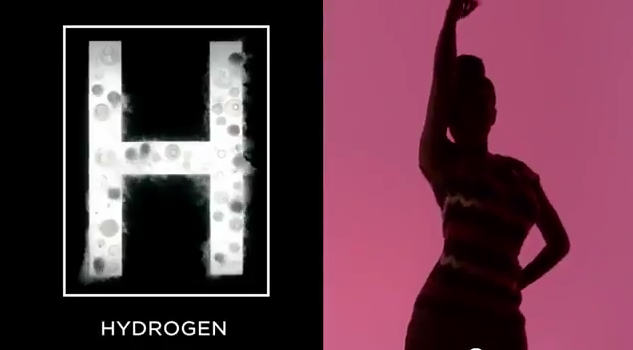 Still taken from the YouTube video “Science: It’s a Girl Thing” by the European Commission.

In light of a recent video posted on YouTube by the European Commission entitled “Science: It’s a Girl Thing”, it is safe to say there has been a surge of online interest regarding the topic of women in science. It is equally safe, however, to say that the majority of this interest has evolved from women uniting through their disgust. The video was published as part of a campaign to attract women to careers in science, but was shortly removed from the campaign due to the level of negative feedback received.

As a female science student, I am personally offended by the video in question. If you have not seen it yet, I would strongly encourage you to give it a watch. This is not because I agree in any way with the way it has been designed – rather because I believe that anything to encourage the discussion of the role of women in science is a good thing.

Perhaps when the European Commission made it they took inspiration from the Suffragettes’ idea that no publicity is bad publicity. Although the video is not as shocking as a WSPU protest, it certainly does not paint women in a good light and could not be described as “good publicity”. The main themes of the video suggest that girls are fundamentally materialistic and, as a result, are only interested in science if it can help them look pretty. Let’s be honest, it doesn’t take a degree in physics to know that most women do not enter a career in science to improve their appearance.

I appreciate that the video is aimed at young girls to make them think twice about science, but I can’t help but think that the producers are aiming their campaign at the wrong audience.

I will concentrate on physics now since it is my own subject and because it happens to be one of the most stratified when one considers the male:female ratio. Here at Durham University, for example, the Physics Department has 79 Academic staff, 11 of which are female. It is little wonder to me that few girls are pursuing a career in physics after graduating when there are so few female role models in our own department. The Institute of Physics runs a scheme called Project Juno which aims to develop university physics departments into positive places for girls to study. This is a scheme which Durham has joined but, unfortunately, is yet to achieve a status greater than “commitment to working towards an equitable working culture”.

Furthermore, a recent study in the US by the Institute of Physics has shown that women are less likely to be hired than their male counterparts with identical qualifications. This study proved that the bias lies fundamentally in the physicists themselves.

Even if this video does its job and causes a surge of young girls suddenly to develop an undying passion for physics, once they get to University there will be very few role models to inspire them. If they decide to continue scientific research after graduating, they will once again be faced with an unconscious bias against them based purely on their gender. My opinion is, therefore, that we do not need to be focussing on giving girls a fantastical view on what life as a scientist is like. It is more important to challenge the people who hold this sexist view– the physicists themselves.

Another recent study by the Institute of Physics has shown that girls are being hugely under-represented when it comes to studying physics A-level. Almost half (46%) of the secondary schools in England sent no girls to study physics as an A-level subject. This shows that work needs to be done by teachers to encourage a feeling of equality that girls are clearly not being subjected to, even from a young age. It is important to note that I am not in any way suggesting men should be discouraged from studying physics. I strongly believe that everyone who has an interest in physics should be allowed to study it. The biased attitude against women, however, needs to be removed, and this can only be done by creating a sense of equality – not by making a video to show women that the atomic symbol for hydrogen looks nice when it is big and smoky and someone is dancing beside it.

Of course, there has been some good to come out of the production of this video. A website called ScienceGrrl has been launched as a response to the video. This aims to “show the real face of women in science – to inspire and impress” and to raise the profile of women in science. This is a project which I am sure will help towards changing the attitudes of people purely by increasing the public’s awareness of females in science.

I am certain that there is work being carried out to raise the profile of women in science of which I am currently unaware. Furthermore, I understand that it is difficult to change the attitudes of people who have been trained to think in a certain way for many years – I’m looking at you, sexist physics lecturers.

Bearing this in mind, however, it remains frustrating for me to come across a video – however well-intentioned it may be – that grossly misrepresents the female population. I can only hope that this goes our way just like it did for the Suffragettes.