Science, Energy and the Media 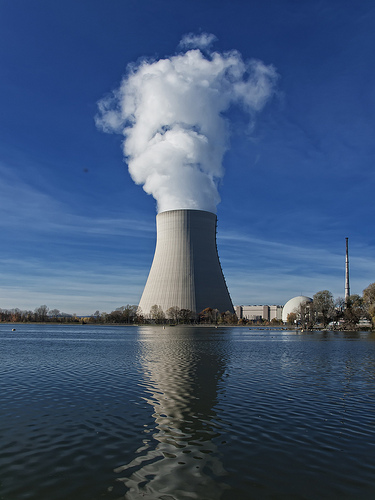 Fairly represented by the media?

When I asked Max and Thom if I could run a Science and Technology section for their upcoming creation ‘The Bubble’ I had no idea what it would really involve. What I knew was that I cared about science and technology and thought that others would want to read about it too. During my tenure I’ve learnt about the responsibility of reporting, and furthermore, that distorting the facts and bad reporting are perhaps worse than not reporting something at all.

As I have said in , it is no longer good enough to produce energy by the simplest means available i.e. fossil fuels, when their negative effects on the environment are undeniable. Therefore, it falls to nuclear and renewable energy to take up the mantle. In the wake of the Fukushima nuclear disaster, some countries moved to shut down their nuclear power plants. Most obviously Japan, but also Germany. However, in Germany this shut down is against the backdrop of a strong renewables industry. Damien Carrington recently wrote a (quite frankly very poor) article on ‘the truth about Germany’s nuclear phase-out’ which contained many embellishments and dubious phrasing of ‘facts’. It was then adeptly critiqued by another Guardian blogger Duncan Clark.

Energy generation is a complex beast (especially in the interconnected European grid) and it is important to draw the system boundaries where they really exist. Not at the German border as Carrington did, but at the edge of the electricity grid as a whole. With issues like the future of nuclear power, emotions can come into play strongly and lead to accidental distortions. In other words, we see what we want to see.

My point here isn’t specifically about nuclear power, I’ve already made my opinions clear in that respect, but science reporting as a whole. In an , I bemoaned what is reported, in terms of science and technology. However, what’s also important is how science (in particular I believe) is reported. The media have a responsibility to the public to tell them what’s happening without ludicrous embellishments or opaquely calculated numbers.

My point? Be careful! Media outlets (by and large) are political animals with articles written by people with their own ‘leanings’ and agendas. Question articles and especially question headlines which are only designed to draw you in.

But there are an awful lot of great science and technology sites out there too. Here are three of my favourites.

So long and thanks for all the page views!