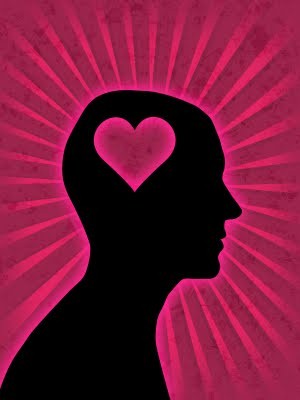 Oxytocin – the most amazing molecule in the world?

This July, the Guardian published an interview with Paul Zak, or ‘Dr Love,’ who is apparently ‘one of the world’s most prominent experts’ on the hormone oxytocin. That title is rather dubious, considering that Zak’s field is ‘neuroeconomics,’ but not nearly as dubious as the claims Zak makes about oxytocin.

Oxytocin is a neurotransmitter produced in the hypothalamus. Found in mammals, it is known for its roles in uterine contractions during labour, lactation and orgasms in both sexes. However, it has also been associated with such virtues as love, trust and morality, appointed by Io9, a popular science blog, as ‘the most amazing molecule in the world’ and coined ‘the cuddle chemical,’ ‘the hug hormone’ and ‘the moral molecule.’ According to Zak, oxytocin holds the key to love, snorting the stuff will make us more trusting and generous, and eight hugs a day (including pets) will make us better, happier people.

Sound too good to be true? It probably is. Not only is it a bit more complicated than that, the love hormone isn’t so sweet. Whilst it may increase generosity and trust on the one hand, it has also been found to lead to envy and schadenfreude on the other. It is clearly not the magic ingredient for a perfect society, as Zak suggests.

The first myth, that oxytocin is the love hormone, was borne out of several experiments on the mating behaviour of voles. Prairie voles are rare among mammals due to their monogamous mating behaviour. In females, oxytocin is released during mating, allowing a bond to form between the pair – if oxytocin is blocked, no bond forms. In males, vasopressin, a similar hormone, is produced, also allowing bonding and making them jealous and territorial. The ‘love hormone’ stories – including Zak’s – report that researchers then administered oxytocin to meadow voles, who are naturally promiscuous, but very genetically similar, and they suddenly became monogamous (one journalist even got the two species the wrong way around). Actually, it was a bit more complicated than that.

Oxytocin and vasopressin are found in the brains of all mammals, including meadow voles. Whether the voles behaved promiscuously or monogamously depended not on the levels of these hormones in the brain, but on the brain areas in which they are found. The researchers actually administered the male meadow voles with a virus containing genes for vasopressin receptors, causing them to be expressed in the same areas as in prairie voles, and they did indeed develop a monogamous attachment to their current partner. However, a mechanism remains elusive: oxytocin binding to those precisely-located receptors is most likely only the beginning.

From this, wonder-hormone advocates took a huge, misguided leap: oxytocin causes love via the mechanism of addiction. ‘We are literally addicted to love!’ exclaims an Economist article, citing a paper by Lim and colleagues, who remarked that dopamine activity in the brain’s reward circuit is implicated in addiction (the article doesn’t explain the connection with oxytocin, except for a vague comment that both are released during sex).

The paper also stated dopamine activity in the reward circuit acts as a reinforcer for such needs as food and sex – attending to these needs is rewarding. This makes sense, as reproduction is essential for a species’ survival, though monogamy is not. Similarly, dopamine’s association with drug addiction lies within the rewarding high experienced after taking an addictive substance, rather than dependence on it. Just as addiction cannot be explained solely by seeking reward, the claim that oxytocin holds the key to love through an addictive association with a sexual partner just does not scale up to the cognitive level, and cannot explain the difference between polygamy and monogamy, or that between casual sex and love.

Another dubious claim surrounding oxytocin, and the subject of Zak’s book, is that it makes us moral. This was extrapolated from research by Heinrichs and colleagues (Zak, often solely credited, was the third author), in which participants had the option of investing money with an anonymous trustee, who is not guaranteed to return any money. Participants who had inhaled oxytocin via a nasal spray were found to be more generous than those given a placebo: they were more trusting.

Heinrichs was reserved about the findings (arguably, testing whether oxytocin made people return the money would have been a better determinant of moral decency) but oxytocin-fever had begun. Subsequently, sniffing it was found to make people more charitable, better at reading emotions in human faces, communicate more constructively and perceive others as being more attractive and approachable. It suddenly seemed as though oxytocin represented everything good about human nature.

However, findings began to emerge which punctured this lovely image, as oxytocin became implicated in envy and schadenfreude. In one experiment, those who had inhaled it during gambling gloated more on winning and reported feeling more jealous when losing. In another, oxytocin made participants more co-operative when playing a game with people they knew, but less so when playing with strangers.

Moreover, the effects of oxytocin were also found to depend on an individual’s character. Jennifer Bartz and colleagues found that oxytocin only improves the ability to recognise emotions if the individual is already socially proficient. Bartz also found that it reduces trust and co-operation in those who are anxious or sensitive to rejection, and alters memory in a way that is consistent with attachment. Having inhaled oxytocin, securely attached individuals recalled their mothers as being more caring and close, but insecure individuals recalled their mothers more negatively, compared to individuals given a placebo.

In fact, looking back over earlier studies, Bartz noticed that in around half of them, oxytocin’s more attractive effects were only observed in some people or situations. This had been ignored in the face of the more appealing connotations – neat, media-friendly theories of love and morality.

Part of the problem, aside from sensationalism, is that researchers are logging oxytocin’s seemingly endless effects rather than ascertaining its core function and how it works. Understanding this would allow researchers to explain its contrary effects and predict the effects of manipulating it. Bartz maintains that as a phylogenetically primordial molecule, affecting primitive brain structures like the amygdala, oxytocin is likely to affect ‘just about everything.’ It probably has quite basic roles, but higher-order thinking and social interactions might allow these processes to manifest themselves in different ways.

Several hypotheses are under consideration. Oxytocin could motivate people to seek out social interactions, which would explain why its effects are not always positive, and why people gravitate towards similar others after inhaling the hormone. Alternatively, it could make people more astute to their social environment, explaining why it makes some people more empathic, but also why people prone to interpreting social cues in a negative way become more competitive and biased.

Why does the hype matter? Apart from being a bit silly, it promotes the public misunderstanding of science, turning it into a set of ‘just-so’ stories. There’s also money being made – a nasal spray called ‘Liquid Trust’ is already on the market, and Zak’s book isn’t his only income – you can also buy underwear from his website which changes colour when you get up close to your intended (oddly enough, they are sold out).

More seriously, it is exploitative. Oxytocin’s reputation for improving social interactions has attracted the attention of parents whose children have autism, schizophrenia or other conditions featuring social problems, and some are trying nasal sprays bought online. Although the amount of oxytocin in the spray is usually too low to have a negative effect (as it could do in these groups), the effects of giving it to children are unknown.

For Heinrichs, who is running a trial investigating whether oxytocin can be used successfully in conjunction with therapy, it is essential to determine who would benefit, and for whom things could become worse.

In the meantime, there’s no rush to follow Zak’s advice and do everything you can to raise your oxytocin level. As Heinrichs told New Scientist: ‘if you sit at home with a social phobia and a prescribed nasal spray, the only effect you’d get would be a dripping nose.’