What Do We Do About A Problem Like Scientific Illiteracy? 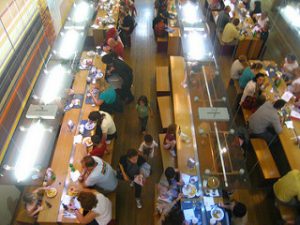 I can do Science me

Last month, in New Mexico, it was announced that there were proposals to reform the state science curriculum to allow children to “make up their minds for themselves,” – as described by Public Education Secretary Christopher Ruszkowski – on various issues. The new teaching standard omits any reference to formal teachings about evolution, and any mention of the age of the Earth, as well as opting to define global warming in the vaguest terms possible, specifically “temperature fluctuations.”

Unsurprisingly, this prompted backlash from all over the state, with the Los Alamos National Laboratory taking out a full page advert in the Santa Fe local paper, The New Mexican, in which they addressed a letter to Ruszkowski asking him to reconsider. The combined efforts of these 61 scientists and engineers entreated him to not go through with the changes, saying, “we strongly disagree with the proposed ‘New Mexico STEM-Ready Science Standards.” They continued, “understanding the human causes of climate change, biological common ancestry and natural selection, and Earth’s slow transformations are all essential to modern scientific literacy. There is absolutely no scientific rationale for weakening the treatment of these subjects.”

Fortunately for all involved, this week New Mexico has backtracked on their controversial plans to introduce these changes, as a result of all the criticism received. However, the point shouldn’t be missed that in 21st century America, such alarming debates are still being had on whether or not basic scientific knowledge should be taught in schools for fears of corrupting children’s minds with what can only be described as facts. The vast majority of all leading scientists agree that global warming exists and, logically, a problem that exists and is harming us should unite people in working against it, as the Paris Climate Treaty did, yet the solution doesn’t fit the purview of the law makers, hence causing politics to invade science and become a new battleground on which policy can be fought, since reducing the knowledge of global warming, or attempting to by omission, would free up a new playground for political battles to take place. This is a battle that is, albeit, better discussed elsewhere, however science’s part in it should not be ignored, as it is a major factor and one that should not be drawn into the petty party politics but should still be able to defend itself.

This new age of campaigning for a subjective reality comes after the USA joined Syria and Nicaragua in not being part of the Paris Climate Agreement and that move to pull out was supported by Betsy DeVos, US Secretary of Education, who commented that, “President Trump is making good on his promise to put America and American workers first.”

This myopic view of America first, even before the sake of the planet was not missed by leading STEM groups. Secretary of State DeVos’ commitment to scientific education was thrown into doubt when the Heartland Institute sent out materials that rejected basic principles agreed upon by the vast majority of climate scientists, prompting a group of Democratic senators to question the development. Yet, it was again a group of scientists, the National Science Teachers Association and the STEM Education Coalition, who spoke out.

The letter, signed by David L. Evans, executive director of the NSTA, and James F Brown, Executive Director of the STEM Education Coalition, stated, “actively discouraging states from including science as an ESSA accountability measure would be a poor policy choice. It is also inconsistent with numerous public statements made by President Trump and Secretary DeVos regarding the importance of science, technology, engineering and mathematics (STEM) education and the goal of maintaining a world-class American workforce.

“High-quality STEM education — that starts with science in the early years — plays a monumental role in ensuring our nation’s competitiveness in the global economy and technological leadership. We should not be backing away from science being taught and measured in our schools; instead, we should be encouraging state leaders to pursue ambitious policies that prioritize science education.”

He continued to say, “The time and resources devoted to science education — especially in our nation’s elementary classrooms — plummeted because science scores were not counted in many states. We have already learned the destructive lesson that “if it’s not tested, it’s not taught,” and we should not repeat past mistakes.”

The idea that science can be disregarded is a dangerous one, but is given credibility by an abuse of language. Saying that a “vast majority” of scientists believe something should be taken as a non-debatable motion but nowadays that gives rise to the belief that there is an opposite side that is equally credible. Science deals in absolutes and proofs; there is no 100% agreeing on anything in the case of subjectivity, but the numbers can tell you something clear – if a small minority choose to ignore these numbers and believe something with little or no evidence, they are still included in the data set and mean that a unanimous decision can’t ever be reached. To choose to believe that there is a debate that can go either way is to let one person who is sticking to their agenda for their own gain convince you to ignore the facts that you’re actually presented with.

In short, it’s put best by this CNN advert: