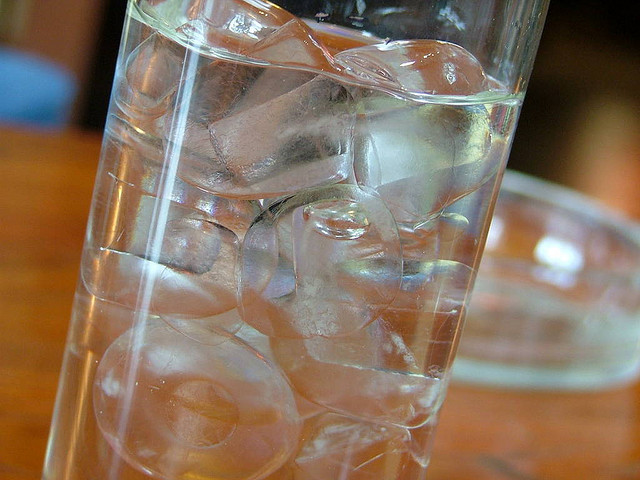 Oxygen’s electronegativity – how else are we going to keep our drinks cool?

If asked the question ‘which is the most known element by the general public’, I would bet my ridiculous amount of student loans that the answer would be Oxygen. To me, the reason Oxygen is such a popular element is because from an extremely young age Oxygen is the first element we learn about, purely because of the fact it is what we breathe in every minute of every day of our lives.

And rightly so, Oxygen is a very important element. Oxygen is the most abundant element in our Earth’s crust; makes Ozone (O3) which protects us from harmful solar radiation; it binds with the haemoglobin in our body so it can be transported to respiring tissues; and is the third most common element in the universe after Hydrogen and Helium (if you are dying to read about Hydrogen and Helium look back to the first articles I wrote, perhaps even give them a cheeky Facebook ‘like’ because let’s face it, everyone knows tonnes of Facebook likes are the epitome of popularity these days…!)

Sure, Oxygen is a vital element. If you think of the two things in life which we can’t live without it is Oxygen and water. H2O and O2 have one common denominator: Oxygen. This is not an accident.

Oxygen is one of the most electronegative elements in the periodic table. What on Earth is electronegativity you may ask? Well, in layman’s terms it is the ability of an atom to ‘pull’ a pair of bonded electrons towards itself. Oxygen is very good at doing this and consequently causes an uneven distribution of charge in the water molecule. This is necessary for the formation of strong ‘Hydrogen bonds’ between water molecules which leads to the characteristic structures that makes water so unique.

Water, besides being the most refreshing drink you will ever experience if you’ve ever done a Duke of Edinburgh trek or marathon of any kind, has some amazing properties. One of these properties is something we have taken advantage of every time we’ve had a drink with ice. Water molecules combine to create a unique crystalline structure that allows ice to be 9% less dense than water allowing the ice cubes to float on top of our drink. Another advantage of the differences in densities (and probably more important than just keeping our drinks at the cool temperature we prefer) is that lakes and rivers do not completely freeze solid in winter as the top layer of ice forms an insulating layer so aquatic organisms can survive underneath.

Now time for a little old school Blue Peter science experiments in the safety of your own home! Ever thought of how to move the ice cubes from your glass without touching them? If so, now is the time to act like a magician and wow your house mates into realising they really should be taking a science degree! All you will need are the following every day house items: A glass of water, ice cubes, string and the secret ingredient…salt! Now salt has an ionic structure, meaning it is comprised of Na+ and Cl– ions. These ions disrupt the hydrogen bonding between the water molecules causing the bonding to be weaker and therefore melt quicker than usual. So if you carefully place your piece of string on top of your ice cubes, and then sprinkle some salt on top, hopefully the ice will melt slightly, and then cool with the string attached. If you’ve successfully done this you should be able to lift your string up with the ice cubes attached thereby showing your friends that you can be a wizard like Harry Potter but using only the power of science!

Now don’t panic, we are not quite at the end of this week’s article yet. We still have the hilarious (and I use that term lightly) ending joke left!

And because I couldn’t decide which joke was worse…

Teacher: What is the formula for water?

Teacher: Why are you reciting part of the alphabet? That is not what I taught you.

Student: But you said the formula for water was H to O!