New Technologies: The Dawn of a New Age? – Part 2

Continuing from on food and goods, Tobias goes on to talk about new technologies in the transport sector and draw some conclusions. 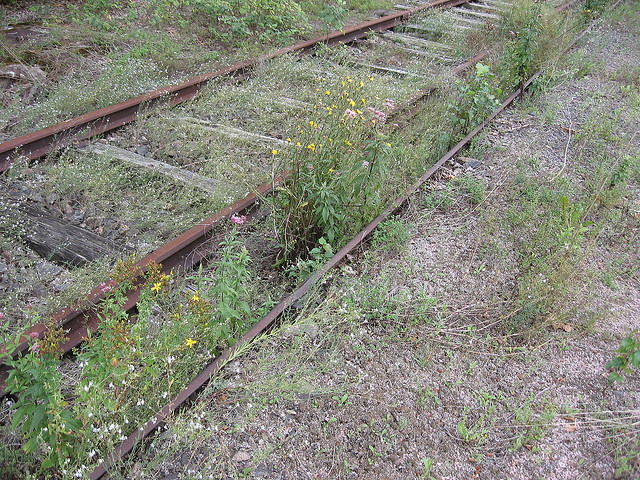 Was closing a third of our railways a big mistake?

Transport in the United Kingdom may be about to experience quite a reversal relative to the ideas of the last few decades. In the 1960s we closed one third of our railways and the car became king of cross-country transportation. Now, we are beginning to regret that decision, with the roads and motorways clogged with one car for every two people in the country and associated localised and global pollution concerns. Already some of these old lines have been reopened on the rails, but any regular traveller on train services will testify to their relative expense and continued overcrowding. Allowing our public transportation services to lie such a long way from perfection may be a big mistake, given that, according to our colleagues in the Ecology section, a great deal more needs to be done to reduce emissions from the transport sector, and trains and buses have the potential to achieve this aim in a way that private transportation and air travel does not.

There are a number of new technologies on the table at the moment, aimed at rescuing the car and the plane from the mire of carbon concerns. Car companies across the globe are hurriedly releasing , more efficient than their petrol and diesel rivals but still a long way from sustainability, considering the huge amounts of resources required to produce the materials and assemble a road vehicle. In a low-emissions future, the shift has to move from private cars and polluting planes to renewably-powered public transport, where vehicles are constantly in use with a much higher person-to-pollution ratio rather than left dormant (and wasted) on driveways for most of the time. We need to go a long way, nevertheless, in improving and expanding public transport infrastructure, perhaps replacing motorways with high-speed railways, before this can happen. These would enable competition with the phenomenon of internal flights, which generate a huge amount of pollution per person, and must surely be phased out in the future: no viable renewable fuel has been identified as a replacement for kerosene in planes, and they certainly cannot at present run on electricity, whether renewably produced or not! Unfortunately, one of the most worrying new technologies to arrive within the next few years is set to be the low-Earth-orbit passenger spacecraft, which promises to ferry people across the ever shrinking globe faster than ever before, but most probably at a huge cost in pollutant emissions, which planes already produce far too much of. On a more positive note, the shipping sector is already looking back to the traditional sail for a cleaner, and paradoxically faster, method of propulsion, combining this with newer technologies to get the most of both the old and the new wisdoms.

Predictions about the future world are notoriously inaccurate, and we should steer clear of making too detailed claims about the future planet. However, it is clear that certain moves need to be made – away from high-pollution plane and car travel and continual replacement of electronic devices, for example – if we are to successfully transfer to a world not dependent on fossil fuels. Recent studies indicate that powering the entire globe on renewables simply isn’t feasible, and would have similar effects to the thoughtless expansion of fossil fuel-use over the past century: we are simply using too much energy, and no amount of increased efficiency, as the likes of electric car promises, will solve the issue as more and more of the world becomes “developed”.

A new, more thoughtful, method of progress must be found, looking to the past as much as to new science, to see how generations before us have managed to live without the high-pollution, high-energy pursuits that we currently engage in as a society. The three aspects dealt with here are, of course, interlinked: problems with food supplies will be difficult to alleviate if certain types of biofuel are adopted on a large scale, for example, to fuel our transport, a fact overlooked by policy makers for several years. We must begin to take into account all such relationships and potential drawbacks. Real change for the long-term good is needed, which is what makes today’s latest technologies, beginning to blend the long-tested methods of the past with modern innovation, are so exiting. Without such a refreshed outlook, we may be set for a very grim future indeed.