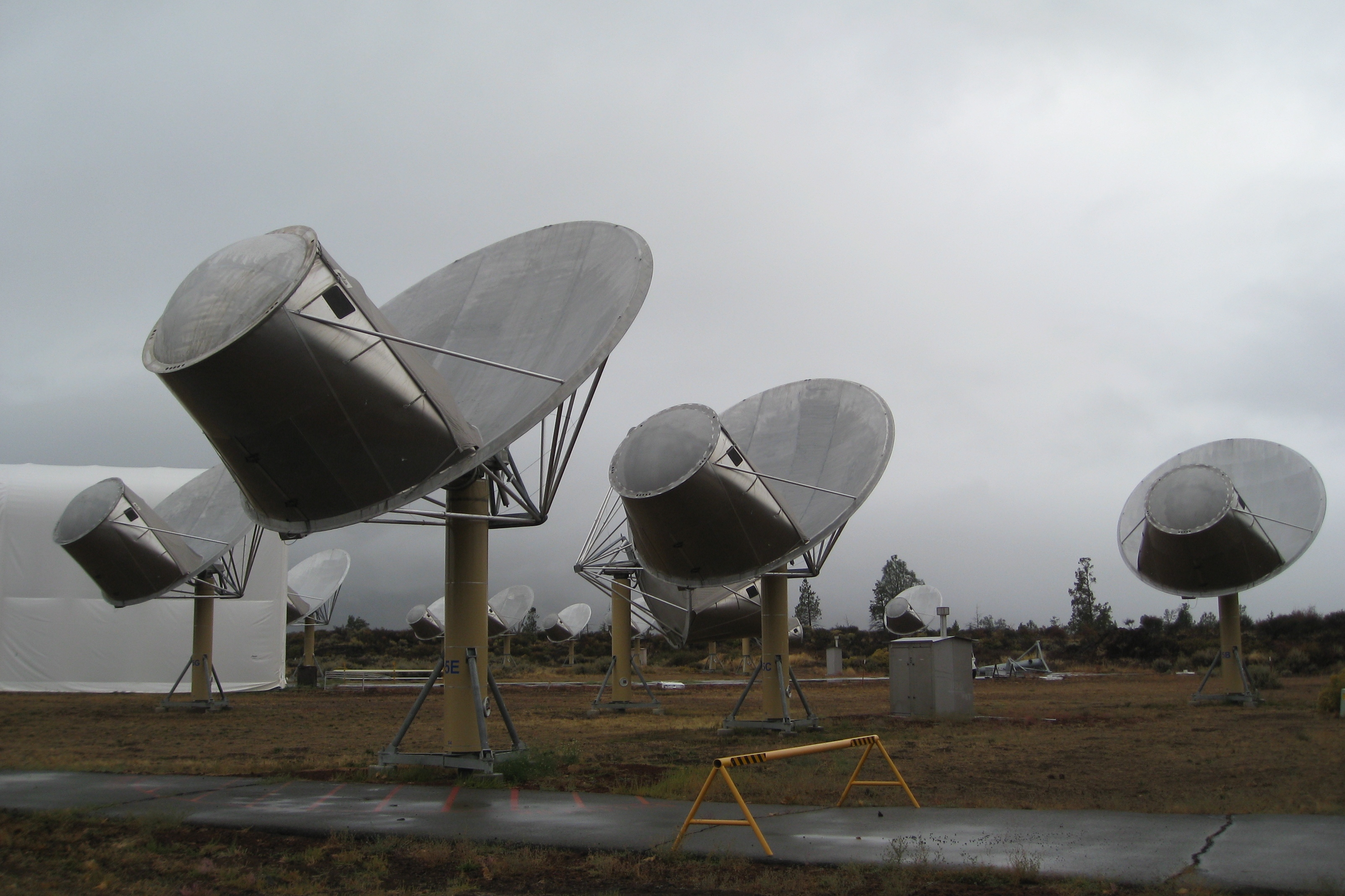 The Allen Telescope Array, a radio interferometer in Berkeley, has been used by the SETI institute to search for extraterrestrial life.

A growing number of Americans, even scientists, criticise our efforts to communicate with extraterrestrial life, an effort spearheaded by The Search for Extraterrestrial Intelligence (SETI) some 50 years ago. Their reasoning? We have been broadcasting our location to aliens for over one hundred years through radio waves which travel at the speed of light. Aliens within a 50 light year radius could surely seek us out and subjugate us.

It is somewhat ironic that members of our civilisation think nothing of revealing themselves on social media networks and marketing sources, exposing themselves to considerable commercial assaults, scams, and even personal attacks by malicious sources around them who use the unguarded data we volunteer.

Some say that our communication efforts explain a plethora of UFO sightings peaking around sixty to seventy years ago. However, this tends to discount what many see as pre-modern depictions of strange creatures in paintings on cave walls, in the Bible, and in the seemingly impossible building achievements of colossal structures in pre-history. For skeptics, even modern sightings fail to consider that our primitive detection capabilities may not effectively perceive alien craft with quite advanced technologies.

Now my belief is that an extraterrestrial that could reach Earth is much more apt to be advanced far beyond our trivial pursuits, perhaps something like millions of years beyond our Type 0 civilisation (referring to the Kardashev scale). Our fearful concerns are likely based on our own perception of a grasping civilisation that deals with scarcity a type-1-or-beyond civilisation would not need. After all, such a civilisation could probably manipulate subatomic elements, fashioning their own material culture. The element ingredients of all materials – rare or not – are plentiful throughout the universe.

In fact, I would intensify SETI efforts, but I would use technological techniques that an advanced alien race would recognise. Using radio wave transmissions is a signal method that is probably outdated by a thousand, if not million, year gap in knowledge, assuming that such aliens would be more prone to receive our signals and then able to reveal themselves to us. In fact, Paul Davies, a physicist and a SETI enthusiast, communicates a similar message in his new book, The Eerie Silence (NYT Review), speaking of new more advanced thinking and technologies.

Even plans to study exoplanet atmospheres, looking for gases like oxygen and methane, need to consider other extraterrestrial life-form possibilities.

Consider biological engineers working at the DNA molecular level. We know that evolution is selected for organisms that benefit from genetically encoded cell-cell communication, but what if scientists could manipulate bacteria, for example, by introducing chemical agents that deliver DNA messages of varying lengths. Messages stored in molecules of DNA are long-lived (surviving for 1000s of years), can be densely packed with data on one gram of DNA, and are perfect for interstellar travel.

We are at infancy in such pursuits. For example, amorphous computing’s new approach is constructing digital-logic circuits within individual living cells, mimicking DNA binding of proteins rather than ones and zeros to represent processed data. The effort is now mostly theoretical. Still, we can visualise routing messages between molecules and cells but cannot delve into intercommunication between the 7 octillion (7 x 1027) atoms that make up the average adult body.

Knowing that there is a natural genetic communication in the evolutionary process, we are just now looking at manipulation of intercellular messages. No doubt a type 3 civilisation would be able to go well beyond our meager capabilities.

Using the Standard Quantum Model as a baseline, we are looking more at the theoretical in our quantum world. A tachyon is a hypothetical particle that moves faster than light: its squared mass is negative (positive masses can’t exceed the speed of light). The Higgs boson field is negative mass squared in its uncondensed phase, and in that phase Higgs is a tachyon. In other words, theoretically, tachyons, particles in states we don’t understand, can travel faster than the speed of light.

Rather than sending messages in outdated radio waves, why not consider other means of communication: for example, using tachyons or sending viruses with a message encoded?

Obviously we can’t do that now, but it does beg for a perspective that goes beyond present methods used in extraterrestrial searches.

Now I know that the standard model of particle physics doesn’t recognise tachyon particles and that DNA scientists are just beginning to understand DNA molecule messaging, plus that scientists can only speculate about subatomic particles, unseen by any microscope.

Einstein presented a thought experiment demonstrating how faster-than-light signals can lead to a paradox of causality. Accordingly, a “tachyonic antitelephone” was described in 1910 as a means “to telegraph into the past,” which is actually what signals we receive from space do – they let us see into the past.

As Einstein’s thought experiments have suggested, thinking beyond the proven and the pedestrian is the key to breakthrough solutions. However, scientists are immersed in a corporate anthropocentric culture, which vilifies any science that challenges its short-term business plan.

Irregardless of our cultural myopia, like a good speaker who considers the background and capabilities of an audience, SETI should do the same for its own listening audience, namely extraterrestrials.