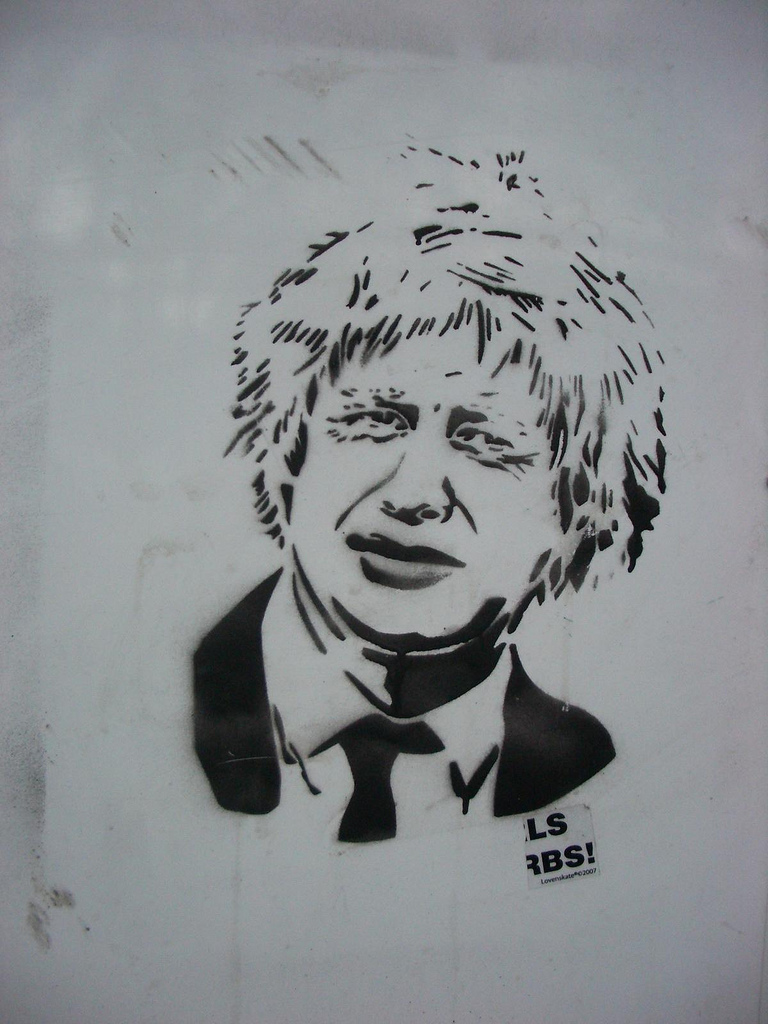 When Boris Johnson set about delivering his recent speech, his intention was to boost support on the Tory right. As often happens with the London Mayor’s public appearances, however, the reception wasn’t quite as expected, and this one sparked widespread discussion over the nature of intelligence.

During his speech, Bo Jo made some pretty dubious comments about intelligence, including criticising the 16% of the population who have an IQ of less than 85, and asserting that personal wealth is a direct indicator of intelligence. His first statement is entirely true: Wechsler IQ tests are standardised so that the mean score is 100, and the scores give a normal distribution, meaning that the majority of people have an IQ between 85 and 115, with roughly 16% having an IQ of less than 85. Such a distribution is a constant, like the weight of a kilogram, and so should be pretty unsurprising. Disparaging people for being below average is absurd as such a group is necessary by definition, and lower than average intelligence does not intrinsically necessitate lesser worth. His second statement is almost certainly not true, as such a relationship has consistently proven elusive and difficult to support empirically.

Unsurprisingly, these were highly evocative statements, but intelligence is a contentious subject, because aside from the misuse of research in this field, there are several enigmas surrounding the phenomenon that are yet to be solved, and several reasons to suggest that it is impossible to develop a perfectly accurate intelligence test. Here are just some of them.

Firstly, the perfect intelligence test would need to account for the consensus amongst researchers that intelligence has multiple components. This would obviously mean having several weighted sub-tests that give an overall indicator of a person’s intelligence. Indeed, current tests are based on crystallised and fluid intelligence. The former relates to verbal abilities and acquired knowledge, whilst the latter is necessary for abstract reasoning and analytical problem-solving without a previously-known method.

These abilities have been found to be related – good performance on one task often means good performance on the other, with some slight variation. However, deciding how these sub-tests should be weighted is problematic, as a 50/50 weighting may not be appropriate to make the leap from various abilities to intelligence per se. For instance, one type of intelligence may be more demanding, and therefore need a heavier weighting, but another may be more extensively used in reality, in which case it is either more useful and indicative of intelligence, or more practised and thus possibly less remarkable. Thus, difficulty must be balanced with priority, which is changeable, but changeable tests are not comparable.

Once an accurate weighting has been decided, the perfect test would need to overcome the susceptibility of current IQ tests to the Flynn Effect – a consistent rise in IQ scores whenever a re-standardised test is compared to a test from a previous generation. In other words, it looks like we’re getting smarter.

In a world where more students are getting firsts, A-levels are being accused of getting easier, and there’s always an updated Apple product in the pipeline, this would seem plausible. However, it’s more than fair to suggest that this phenomenon is an illusion.

Whilst 11-year olds have shown gains of around 4 IQ points on a reading task, by the age of 18 such gains are negligible – suggesting that later generations are more precocious but not more intelligent. Also, the majority of the gains were on tests of fluid intelligence. Given that crystallised and fluid intelligence are highly correlated, this is peculiar, and suggests an improvement on certain tasks rather than any real intelligence gain. This uneven gain may be due to current social priorities, as analytical thinking is valued in the education system and jobs market, leading to increased exposure, practice and expertise in related tasks. James Flynn, who pioneered the research on this effect, also suggested that the gains in fluid intelligence could also reflect a shift from pre- to post-scientific thinking, the latter of which values abstract and non-verbal reasoning much more than the former, (although this shift occurred in the aftermath of the Industrial Revolution and so is unlikely to explain the continuation of the effect). A number of researchers also suggested that improved nutrition may explain the Flynn Effect, but this has been largely ruled out, as nutrition in economically developed countries hasn’t improved much in the last forty years, whereas IQ scores have increased at the same rate.

So, perhaps rising degree and A-level scores are due to a similar effect, or perhaps simply a combination of teaching-to-the-test and students rightly seeking more value for money in terms of University fees and tuition. As for rapidly developing technology, it is just as likely that testing is inefficient and marketing is sneaky.

Intelligence tests label people from below average to very superior, but intelligence is likely to be affected by several biological and environmental factors, which reduces the validity of these tests. What’s more, the amount of influence from these factors cannot be agreed upon.

Genetics is possibly the most talked-about influence on intelligence, and there is certainly evidence that intelligence has a genetic basis. For instance, a study of twins raised apart produced heritability estimates of around 0.5 for abilities such as reading comprehension, which were positively related to general intelligence. The fact that the estimates were below 1 shows that genetics is not the sole determining factor, but a moderate genetic influence raises the question of whether intelligence is an intrinsic phenomenon, or whether it is simply the ability to reach or surpass potential. However, external factors will undoubtedly interact with genes, so the role of genetics may be consistently overestimated.

Nonetheless, the heritability measures calculated by researchers suggest a significant role for environmental factors, but it is not clear what these are, or how much of an influence they have, as IQ scores seem to correlate (with varying degrees of strength) with an eclectic variety of factors. It is mainly this area of research that is most prone to misuse by the media, salespeople, and, now, Boris himself with his misconstrued notion of a link between IQ and wealth.

A popular idea amongst researchers is that nutrition affects intelligence through its effects on brain development. Indeed, malnutrition impedes development in children and adolescents and induces cognitive deficits. However, the correlation of brain size with IQ is only modest, and it has been shown that improvements in nutrition only produce intelligence gains at the lower end of the distribution, suggesting an upper limit on its influence. Of course, every now and then, a story about a superfood that is supposed to boost intelligence will appear, but the most prolific research on cod liver oil for such purposes, the Durham trials, were a complete fix. Obviously, it is plausible that nutrition is affected by socio-economic status, but the latter has been found to be a poor predictor of academic achievement.

The last effect that has been associated with a role for nutrition is rather quirky: taller people seem to be more intelligent. There are obviously many exceptions, but it is consistent. However, the effect is rather small, and whilst improvements in nutrition over the twentieth century gave rise to increases in average height, such gains have been minimal since the 1970’s, meaning it is unable to explain the Flynn Effect. Conversely, this association may be unrelated to nutrition. Perhaps the genes responsible for height and intelligence are related, or perhaps this is an example of the Pygmalion Effect, in which people perform better if greater things are expected of them. At the moment, there is no answer, just some increasingly colourful suggestions.

So, all we really know about intelligence is that it is incredibly controversial, hard to define, perhaps impossible to measure, and is the product of unknown influences – in which case, such sweeping judgements as Boris’ really aren’t that clever.