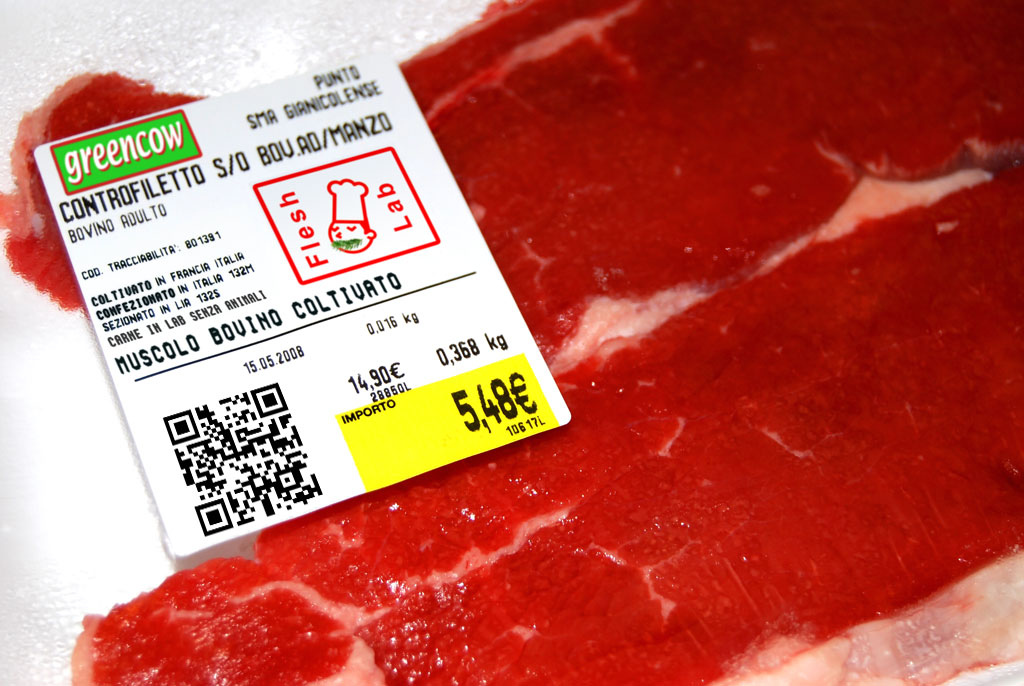 These days, there’s growing pressure to cut down the amount of meat we eat or turn vegetarian – satisfying our meaty appetites takes up 80% of agricultural land, and the FAO estimates that meat production accounts for as much as 20% of global greenhouse gas productions. But meat remains popular, and people often explain that they’d like to go vegetarian, but they “like meat too much”. So what if there was a simple way to make meat without these environmental consequences, not to mention the moral dilemmas that come with factory farming and slaughterhouses?

In 1932, Winston Churchill said that within 50 years, “we shall escape the absurdity of growing a whole chicken in order to eat the breast or wing, by growing these parts separately under a suitable medium.” This prediction, it turns out, was a little optimistic. But over the past 20 years, real progress has been made to this end; in-vitro or “lab-grown” meat was first given serious thought by NASA, as a way to continuously supply fresh meat to astronauts away on long missions. Approved as a technique in 1995, experiments to produce it began in 2001, and the techniques have been steadily improving since.

In theory, the principle behind in-vitro meat is fairly simple – instead of raising a whole animal only to use selected cuts of muscle tissue, the preferred cuts of meat are grown in the laboratory from tissue samples taken from the animal, without the bones, brains, eyeballs or tendons. Because there is less waste and because practically all of the energy goes into building new cells, in-vitro meat is far more energy efficient than producing real meat. Studies estimate that in-vitro meat will use 2% of the land, produce 4% of the greenhouse gases, and use 45% less energy compared with conventional farming. Even better – since the original animal isn’t killed or even injured by the process, there’s no reason you couldn’t have, say, panda burgers or giant tortoise steaks with a clear conscience.

In-vitro meat could also be easily fortified with vitamins that are often lacking in our modern diets, such as vitamin B12 or omega-3 fatty acids, and fat and cholesterol content could be controlled.

But there are hurdles to overcome before you can tuck into your lab-grown panda burger. Some people are opposed to lab-grown meat without even trying it. After decades of meat alternatives appearing on the market, in-vitro meat will have to taste close to the real thing or be resigned to the edges of the market, catering only for the vegetarians and the environmentally-conscious. There are also concerns about health-issues from eating in-vitro meat, since unlike a living animal, cultured meat has no immune system and will be vulnerable to bacterial infections. This can be controlled using antibiotics, but this is likely to make consumers nervous, especially after campaigns in recent years against the use of antibiotics and growth hormones in livestock.

We’re also going to have to wait for technology to catch up. At present, while muscle tissue can be grown in the lab to produce something roughly similar to meat, the rate at which the cells divide is far too slow to produce any meaningful quantities of food. For in-vitro production to work on a commercial scale, we need to find a way to increase the growth rate by a couple of orders of magnitude. Producing structured, dense muscle tissue rather than individual muscle cells is another challenge to overcome; without blood vessels to transport nutrients and waste, it is difficult to grow meat with any kind of large-scale structure. Also, the only meat grown in the lab so far has been grown using foetal bovine serum (a by-product of the meat industry) as a growth medium, which is both unsustainable and unsuitable for vegetarians.

Eventually, though, the technology should improve to the point where high-quality, in-vitro meat is produced on an industrial scale. This new production mechanism will complement recent production headway in artificial and plant-based growth mediums. In years to come, we’ll all be able to reduce the carbon footprint of our diets without having to eat tofu.