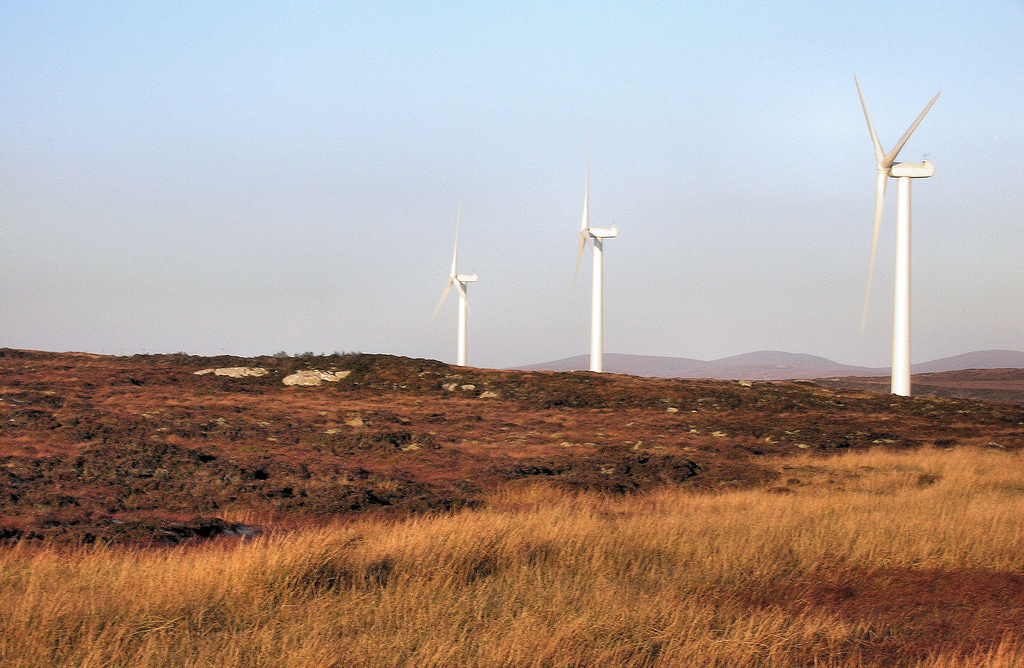 Is renewable energy really the solution to all our energy woes?

The idea is a simple one. Carbon dioxide, emitted by burning conventional fossil fuels, heats the Earth when it accumulates in the atmosphere; switch to other energy sources and the problem will be solved. We’ve all heard the rhetoric and the urgent calls from scientists and environmentalists alike, to reduce our energy consumption and hence avert the dangerous effects of climate change. But, not wishing to give up on the energy-guzzling comforts and conveniences we have come to enjoy, we have begun to develop a new swathe of renewable energy technologies, tapping the seemingly endless energy supplied by the wind, sun and Earth, alongside more conventional (though increasingly controversial) nuclear power plants. If these energy sources do not produce carbon dioxide, the idea runs, they won’t contribute to the enhanced greenhouse effect and the planet (or, rather, the existence of a range of species, including ourselves, on it) will be saved.

But this is where scientists and technologists are beginning to get worried. The first signs of difficulty came from the nuclear power plants, which, if we are to keep up anything like our current rates of energy usage, are generally agreed to be an integral part of the future energy landscape. Putting all concerns about radiation leaks and disposal of nuclear waste aside, and even if new, more efficient and less hazardous methods of nuclear fission – or even fusion – become feasible, it seems that nuclear power – alongside all non-renewable energy sources – can cause global warming without emitting any greenhouse gasses. This heating arises simply from the heat energy wasted during the electricity generation process, according to the second law of thermodynamics, which states that mechanical work cannot be done – electricity cannot be generated – through the transfer of heat without some heat being discarded to the surroundings. Hence, simply by generating electricity in the conventional way, by producing steam to drive a turbine, the atmosphere is warmed by a non-negligible amount, albeit less than the amount of warming from gas-releasing fossil fuels.

But nuclear power itself is already in decline in many parts of the world, with Germany announcing the closure of all its nuclear power plants by 2022 in the wake of the most recent nuclear accident at Fukushima. The true focus of the green dreamers is on renewable energy sources, which, at first sight, do not suffer from the same problem of heat loss as non-renewables, as wind turbines and photovoltaic cells do not require the production of steam to generate electricity, and other forms of generation, such as geothermal energy, rely upon heat that is already present to produce the steam. These sources, particularly wind and solar energy, are often referred to as “inexhaustible”, their drawbacks assumed to lie only in the aesthetics depletion produced when large areas are covered by turbines and solar panels, or in the potential environmental disruption that the physical presence of such structures poses, particularly to migrating flocks of birds.

However, there are other, less foreseen, drawbacks of renewable energies coming to light that cannot be so easily overcome, and may shatter the dream of a renewably powered future society that can continue to use large amounts of energy without the threat of climate change. Firstly, evidence suggests that wind power is not so inexhaustible as was once thought. The energy we harness with wind turbines must come from somewhere, and, according to recent studies, attempting to power a society on this energy would make a considerable dent in the planet’s wind currents. The supposedly infinite power of the wind, derived from the warming effect of the sun on our atmosphere, is, in fact, limited, on a scale comparable to the world’s current energy usage. By harnessing this much energy directly from the wind, we could find ourselves depleting the atmosphere’s energy supply, with considerable effects on weather. What is more, the same is true of wave power, generation of electricity through which would similarly strip the oceans of their energetic storms of water by draining the accrued supply. These dangerous changes really would turn the cornerstone of renewable dreams into another energy nightmare. 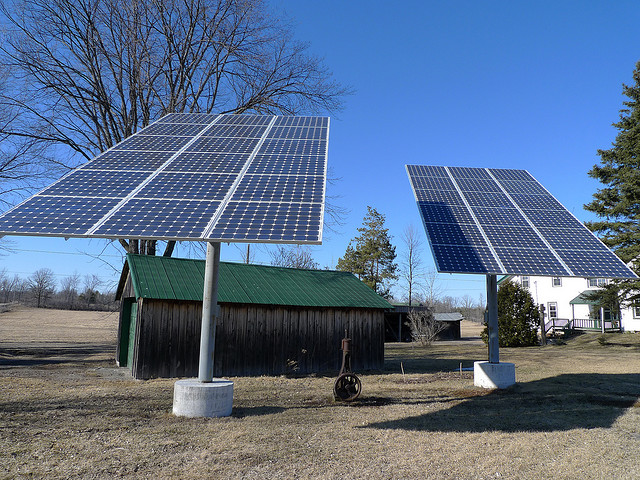 But solar energy is not immune to potential danger, either. A well-known statistic has it that the Earth receives more energy from the sun per hour than we use in an entire year, so it might be assumed that photovoltaic solar cells to harness this energy will easily fulfil all our energy needs in the future. However, here we come up against a similar problem to that of nuclear power, but in another guise: photovoltaic cells are usually more absorbent at certain wavelengths of light than the ground beneath them, which means that they reflect less sunlight into space. A lot of what we harness with such cells is not the energy that would otherwise be absorbed by the Earth beneath them, but the energy that would otherwise be reflected into space. Yet again, the problem lies with the second law of thermodynamics: the photovoltaic cells cannot be one hundred per cent efficient, which means that for every joule of electrical energy drawn, a considerable amount of energy is absorbed by the solar cell, heats it, and is ejected into the environment. In this way, the installation of solar cells causes more energy from the sun to be absorbed by the planet, simply by replacing reflective ground with absorbent panels, and thus heats the environment. The enhanced greenhouse effect this is not, but it has a similar potential to provoke global warming.

The problem of a warming climate is not so easy to resolve as once we thought. Our grand dreams of a renewable future continue to be haunted by its spectre, even as fossil fuels are phased out in favour of greenhouse-gas-free alternatives. But, whilst new limits on the abilities of renewable resources and nuclear power to maintain our current energy usage over the next century come to light, we have good reason not to despair. With modifications, renewable resources can provide us with some post-fossil-fuel energy, albeit a smaller amount than our current demand.

Wind power, so long as its proponents do not become too ambitious in the scale of its use, still has the potential to provide us with clean energy. Solar cells, if they are only used in parts of the world that are already particularly absorbent – which, alas, rules out the deserts – or are developed to be more reflective in all wavelengths not used to produce electricity, could still provide a considerable chunk of our future energy supply without warming the planet. What the worrying new-found drawbacks illustrate is that more development of such technologies is necessary before they are rolled out on a grand scale. But we need to cut emissions now, and may need to lower the demand that such supplies will have to meet, rather than allowing it to rise with an increasing global population seeking increasingly “western” lifestyles. Time, we know, is short when it comes to averting catastrophic global climate change. In the short-term, therefore, we must abandon our dreams of endless renewable energy and cut consumption, setting a good example to the developing world before they follow our doomed energy-intensive path, or risk the nightmare scenario of chaotic warming no matter which energy source we decide to plug into. Renewables are not likely to satisfy our current demands. That the world consumes too much energy may be a fact we simply have to face.