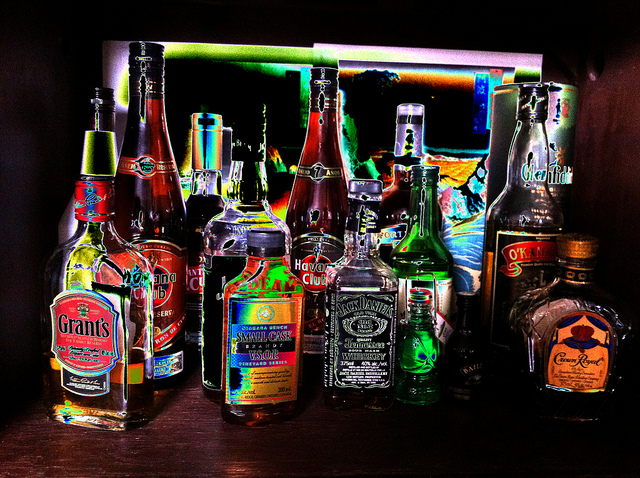 Can we really get drunk without alcohol?

What if you could get drunk without a single sip of any drink? Do you like that sensation of disinhibition that only a great pint can give you, but hate struggling to wake up the next day and suffering from a hangover? Well, these days might soon be over.

Professor David Nutt, a British psychiatrist and neuropsychopharmacologist who used to work on the Advisory Council on the Misuse of Drugs, developed a pill that he claims to mimic the effect of alcohol in the brain.

“There is a particular neurotransmitter called GABA that alcohol mimics, so we can mimic the effects of GABA using drugs which are more selective and much less toxic than alcohol” said Professor Nutt in an interview to the BBC. In addition, he claims that as the effects are inducible by a certain drug, they can be inhibited by an antidote.

GABA is a neurotransmitter that has an inhibitory role in the adult brain and it is said to keep the brain calm. Alcohol mimics GABA and increase its effect by interacting with neuroreceptors, relaxing the person in a stronger way than GABA; but alcohol also acts on the liver and the heart, and is toxic to them. Prof. Nutt’s drug would act in neuronal subsystems mimicking alcohol’s effect, and therefore bring sensations just as alcohol consumption would do, but without affecting the liver or the heart.

The effects of alcohol on the human organism are far from known and are a point of controversy, splitting people between those who treat alcohol as a drug and those who claim that the ability (or lack of it) of human self-control is responsible for its negative impact on society.

It is said that more than one million people die every year because of alcohol and its collateral effects, and that an estimated ten percent of those who start drinking alcohol become addicted to it at some point in their life. The main problem concerning alcohol consumption is that the great majority of cases involve ‘innocent’ victims, who did not drink but were in the way of some drunk driver.

While some people may see this research as a great step towards a ‘safer’ future, investors do not think the same. As the government did not state its position yet, wariness is the word among those who can invest in the research. Professor Nutt said that it was not surprising that investment would not come from anyone inside the drinks industry.

Moreover, organisations against alcohol abuse pointed out that the research could lead to another addiction. They say money could be invested in programs with a higher rate of success, rather than in early-stage research.

Professor Nutt said that he tried the prototype drug himself, and had satisfactory results: “I’ve been inebriated and then it’s been reversed by the antagonist”, he said (the Telegraph).

The arguments may be solid, but we also have to take account of the psychological effects of the drug. What if the fact of trying a drug that would supposedly get you drunk makes you feel drunk? It is the placebo effect; and, as in every placebo study, it is hard to have accurate results of its real effect.

Bearing it in mind, wouldn’t the psychological effects of alcohol consumption contribute more to the ‘drunk state’ rather than the neurotransmitter-receptor interaction? After all, we all have that friend who starts making “funny” jokes right after picking up their cup for the first time, don’t we?

It is hard to assess the effects of alcohol alone on the human organism, and more studies are needed for us to discover how far alcohol is responsible for our drunk state.

Prof Nutt’s study promises a great night of fun with no hangover the next day, but are these the real ‘villains’ when it comes to drinking? Wouldn’t abuse be the worst part of it? This leads us to other questions: what if instead of just one pill people start overdosing with this new drug? Would it be an advantage not to sell ales or spirit drinks but still have to deal with drunk customers?

The core of the problem again relies on how we approach alcohol (or same-as-alcohol pills) consumption. Abuse is probably the worst problem with alcohol and other drugs. However, if this research proves itself to be true and functional, we may face a revolution in human social life.