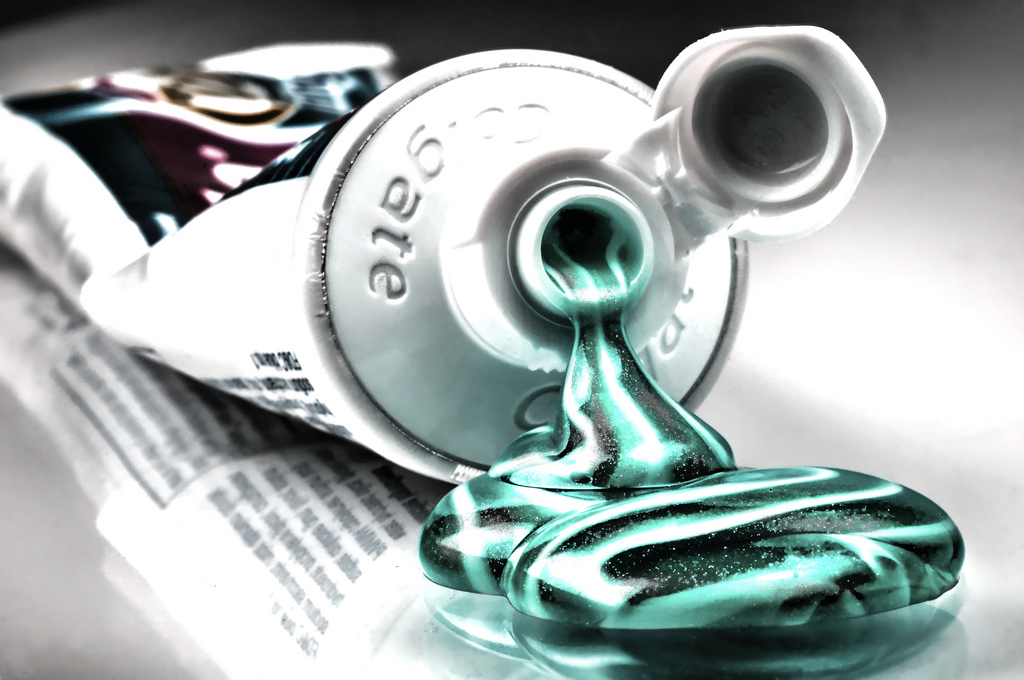 Fluorine: find it in your bathroom

With this week’s article I couldn’t help but take advantage of the use of alliteration fluorine provides us as the basis of our content today: Fluorine Fun Facts!

So let’s open with our first fun fact about fluorine!

Fluorine is the element that is the most electronegative (a term we met in our last article) and it is the most reactive element too. Because of this, it is extremely hard to isolate and it wasn’t until 1886 that French chemist Henri Moissan finally discovered the element by electrolysis. His method of electrolysis is still used today in the production of fluorine gas. Moissan was awarded the Nobel Prize in Chemistry in 1906 for his discovery.

Each time you brush your teeth you are using fluorine! It is used in toothpaste because of the fluorine ion’s ability to prevent decay. It is uncertain exactly how fluorine ions help prevent tooth decay, but it is currently hypothesised that fluoride helps tooth enamel re-growth from the early stages of tooth decay. Too much of a good thing can sometimes be harmful though; too much fluorine in the human body is toxic, and consuming too much fluorine in drinking water when in childhood causes a mottled enamel appearance when acquiring adult teeth.

Another pharmaceutical use of fluorine is its presence in the antidepressant, Prozac. The fluorinated molecules in the drug selectively inhibit the neurotransmitter, serotonin, from being reabsorbed back into the nerve cells in the brain, prolonging a happier mood in the patient. Serotonin causes us to experience this lightened mood, however, when it is reabsorbed it no longer has an effect. It is re-uptake that is thought to be the cause of depression. The fact that Prozac selectively acts upon solely serotonin was a vital development in the production of antidepressants, as prior to Prozac, drugs would not selectively affect just serotonin, but alter the effect of many other neurotransmitters in the body, causing side effects.

The last Fluorine Fun Fact I have to share for this week’s article involves CFCs. CFC stands for ChloroFluoroCarbon and these compounds are used in refrigerants and are propellants in aerosol cans. CFCs are not very reactive at all, however this is their biggest weapon! Because they are so unreactive CFCs can survive for more than a 100 years, idly floating around in the atmosphere. The threat then appears when CFCs enter the upper stratosphere where solar radiation is strong enough to provide the energy to break bonds within the CFCs. With bonds broken, a cascade of reactions can occur with ozone, resulting in ozone depletion, which worries environmentalists.

That’s all folks! I couldn’t find a fluorine related joke this week, so you are going to have to wait until my next column for the next terrible element related joke!