Fantasy and Reality: Invisibility and Superfluidity 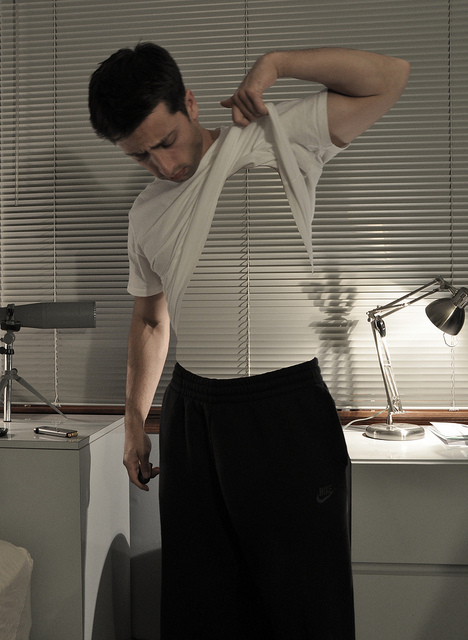 Invisibility – we’re not quite there yet.

The idea of invisibility is normally something reserved for science fiction and fantasy. However, scientists have made it possible to use the properties of certain materials to make small objects seem invisible, but up until recently, only for certain spectra of light. This week, scientists at the University of Birmingham went even further and for the first time “cloaked” small objects within the visible spectrum of light. This was done by exploiting the properties of calcite in order to bend the light so the object is hidden by a seemingly blank surface.

So, you’re wondering, when can I get my calcite cloak and do the walk of shame in peace? Well, firstly I’d say you need to get your priorities sorted! But, even then, I’d say it’s going to be a while. There are a lot of limitations to the technology so far. As lead researcher Shuang Zhang said, “If you had a mole on your face, you could potentially cloak it so it won’t be seen, though you do need a fairly large cloak to hide even a small thing.” Another limitation is that the “cloak” must be placed on a surface to work. Although I don’t mean to diminish this discovery, there are these and many other limitations to this technology.

This seems to me to be only a small revelation that has journalists making the leap to comparisons with Harry Potter’s invisibility cloak and James Bond’s invisible Aston Martin. Although the idea of invisibility will always grab people’s imagination I’d like to draw your attention to an intriguing phenomenon which is already providing real world applications.

Superfluidity is a state of matter where the substance has a constant temperature throughout and has no viscosity. However, the substance still has surface tension so it will move up surfaces and cannot be contained in a beaker as it would escape. Recently, this phenomenon has been theorised to cause the rapid cooling of a nearby neutron star. A neutron star is the remnants of a star that has undergone supernova. The superfluid at the centre of this star is a soup of combined protons and electrons, forming mostly neutrons. This could never be created on earth due to the extremely high temperatures and pressures involved.

Down here, with more modest temperatures, scientists have been able to create superfluids using helium. Unlike the fantastical idea of invisibility, which, let’s be honest, probably has mostly military uses if feasible, superfluids are already being used to help with certain areas of research. They are used in high precision devices like gyroscopes in order to observe theoretically predicted gravitational forces. Also, when gas particles are injected into a superfluid they act exactly as if they were in a gaseous state. This is an invaluable tool in studying the behaviour of gases.

What I have tried to convey to you here is the science which makes headlines and the science that, I believe, also should. It is very easy for journalists to latch onto the fantastical aspects of science and make big stories out of small progressions. And, while I find the research into the possibility of invisibility exciting, I think that superfluids offer something genuinely useful.