Embracing the rainbow in the animal kingdom

In November 2015, a Japanese macaque monkey was caught in the act mounting and attempting to mate with an unsuspecting Sika deer. To many this was comical, what on earth would drive such an unusual behaviour? Is this behaviour actually unusual? It’s not just monkeys that can attempt sexual contact with animals that aren’t members of their own species, seals have attempted to mate with penguins and chimpanzees have been caught in a compromising position with frogs.

In fact, animals have been shown to exhibit homosexual behaviours, just like humans. We’re going to look at this from a biological perspective, where the purpose of life is to reproduce and pass on your genes to the next generation. Historically, homosexual behaviours have challenged evolutionary theory because, from an outside view, they have no adaptive purpose – how can you pass on your genes if you have no offspring? This has puzzled biologists and thus homosexuality was historically considered as a pathology. At one point it was even considered as an artefact of keeping animals in captivity. One cannot ignore how widespread homosexual behaviours are in the animal kingdom, from rubbing and kissing in bonobos, to female-female pair bonding in albatrosses. Clearly, animals are benefiting in some way, or at least enjoying this biologically unusual behaviour. It is worth noting that here, ‘homosexual behaviours’ does not refer to sexual orientation or partner preference. There is no evidence that, as with humans, animals can be referred to as homosexual or gay.

It is becomingly increasingly recognised in the scientific world that homosexual behaviours in the animal kingdom, such as mounting and genital contacts, have some adaptive value (i.e. have some biological advantage). Female-female homosexual interactions seem to be particularly significant, in contrast to male homosexual interactions, which can often be attributed to deception and weak sex discrimination. Males of some species may fool others in order to gain a vital resource such as heat, or incorrectly recognise the opposite sex. 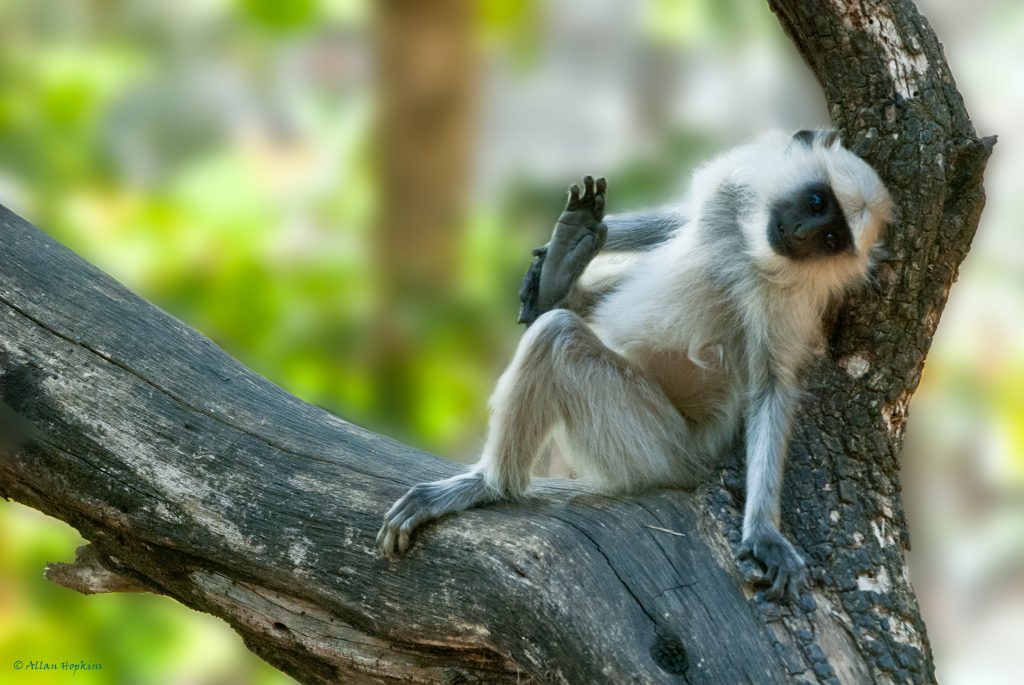 Female bonobos also use homosexual behaviours in a social context. Their unique genito-genital, or ‘GG’ rubbing behaviour is performed between two females in which each partner rubs their sexual swellings together. Yes, this really does occur in the wild! GG-rubbing enables females to form incredibly stable social bonds and thus female bonobos are able to exert power over males. When compared with chimpanzees, who have male-dominated societies, the function of this rubbing becomes clear. Homosexual behaviours facilitate bonobo girl power. 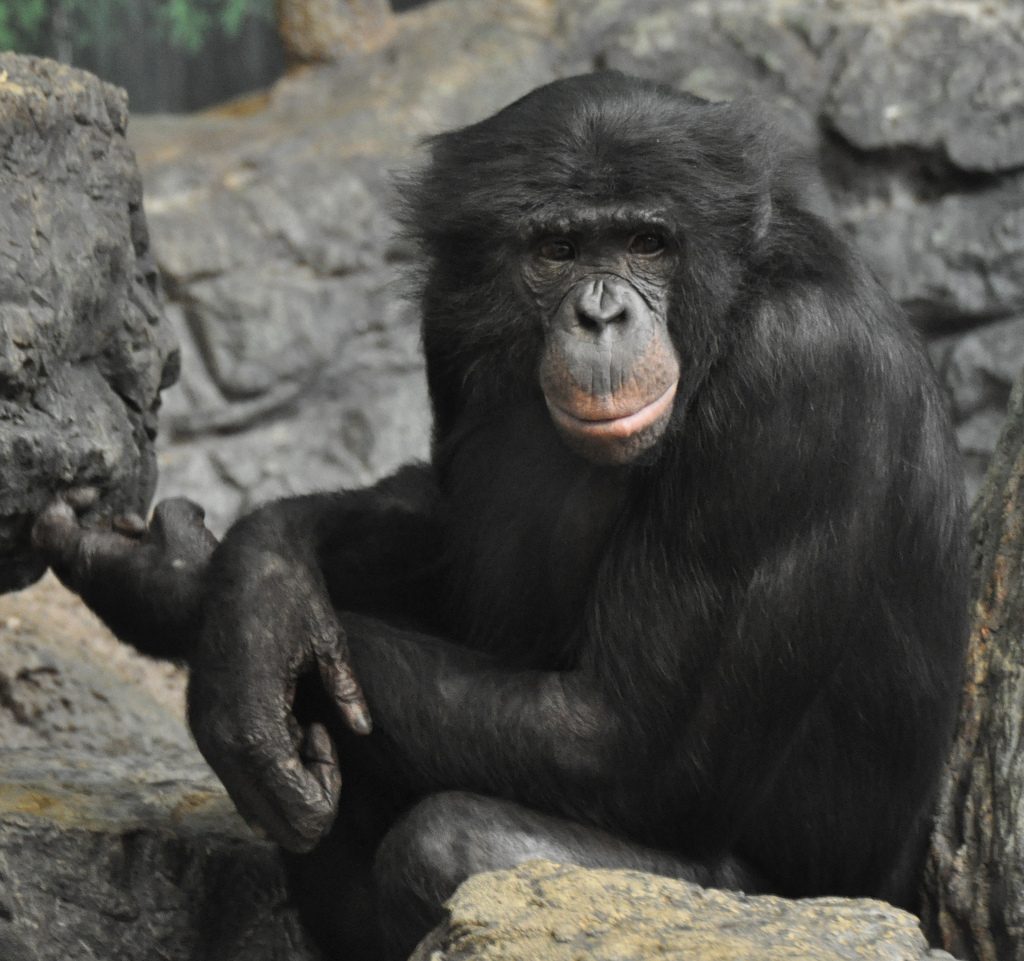 Bonobos are our closest relatives and live in peaceful matriarchal societies.

There is evidence that bonobos have more grey matter in their brains than chimpanzees. This may explain why bonobos show a great deal of empathy, facilitating homosexual behaviours. Additionally, the unique anatomy of female bonobos has allowed adaptations for non-conceptive sex, i.e. homosexual behaviours. Female bonobos spend a longer period of time of their sexual cycle with sexual swellings, allowing them to evolve behaviours that utilise these swellings. More anatomically, their clitorises and vaginas have a frontal position on their bodies, so during GG-rubbing the two partners can remain in eye contact. Bit intense, but this contact creates great trust between females. 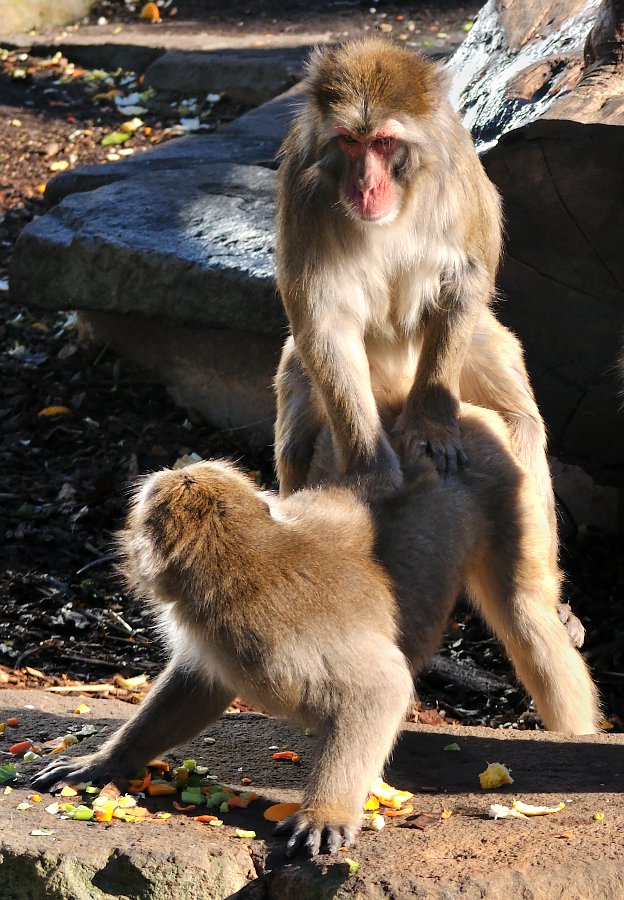 Let’s go back to the Japanese macaques. These monkeys are unique in their sexual behaviours in that there is evidence that they perform various sexual acts for pleasure. Yes, really. It is suggested that female macaques initially evolved homosexual mounting in order to attract disinterested males to copulate. This behaviour was then reinforced and experienced positive feedback because of the sexual gratification it provided these monkeys. More encouraging evidence has even suggested that Japanese macaques exhibit an ‘ejaculation face’ and use their tails during homosexual mounting to achieve extra sexual stimulation.

So what drove the Japanese macaque to mount a deer? Scientists have suggested that this monkey, a young male, may have been sexually frustrated. Genital contact was only made with the deer’s back, suggesting this frustrated monkey may have been seeking sexual gratification.

The existence of homosexual behaviours in the animal kingdom is a real eye-opener. The act of sex has been uncoupled from reproduction, just as it has been in humans. This has allowed animals, particularly primates, to take advantage of intimate behaviours to reinforce bonds, maintain power, reconcile and sexually gratify themselves. But should we define these behaviours as ‘weird’ ‘funny’ and ‘unusual’? It only requires a closer look to see that these behaviours are in fact natural.