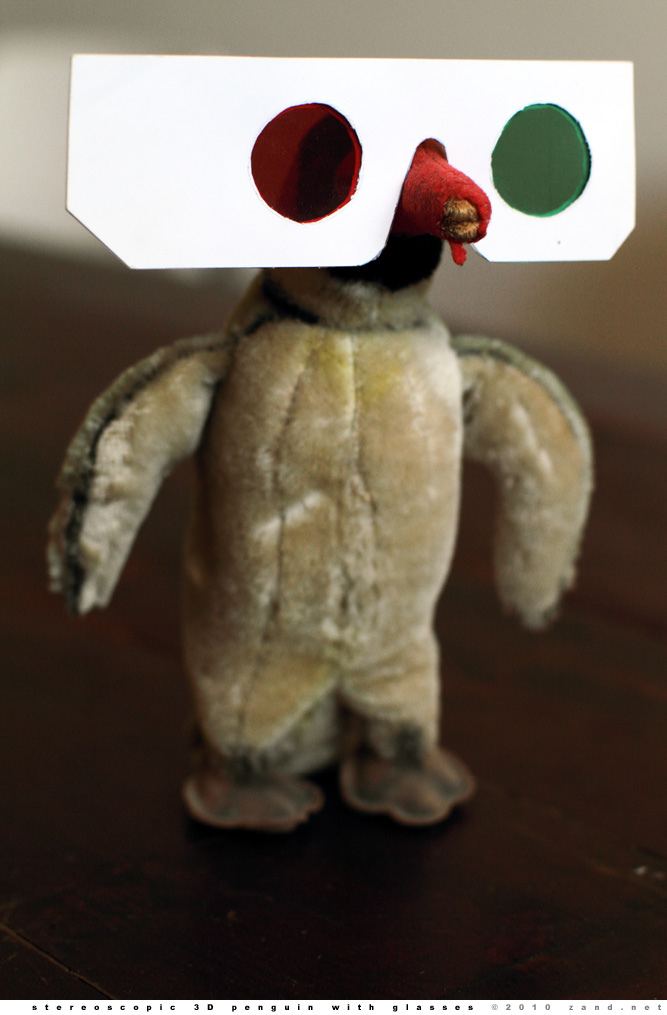 No one can forget the media hype that surrounded the phenomenon of high definition TV, which, way back in 2006, promised to take your living room by storm. Suddenly there were TVs the size of your house and you could see beautiful, colourful rainbows in the background of Air Crash Investigations HD that you couldn’t notice before because you had small, “old” television sets that sat shyly in the corner and could only pick up four channels. At the same time, we have seen a “revolution” in cinemas as we now pay extra just to don some funny-looking disposable sunglasses indoors that make us all look like we’re up to something untoward.

Well, it’s now a full four years later, so lock up your children and throw away the £1,000 HDTV you couldn’t afford but bought anyway, for 3D is here! That’s right, you can now get closer to the action, and experience cinema and television as you never experienced it before, all thanks to the third dimension. You can really feel the action come to life as you become part of the story in your favourite film. At the same time, you may never need to buy a football ticket ever again, as the only difference between you sitting in the terraces and watching it on a 3DTV is the crowd of alcoholic hooligans cursing the referee and the opposition, unless of course you’re watching the game at your friendly local pub.

But is the TV-manufacturing industry plugging this fledgling technology to us because it cares about us; it wants us to enjoy what we’re watching that little bit more? Of course not. Companies like LG and Sony have realised that the thin HDTVs they brought to market not long ago have a much longer lifespan than the older sets we all grew up with, and in order to “sell sell sell” they need to give us a reason to replace what are doubtlessly perfectly good televisions.

Similarly, the film industry realised no one was going to the cinema anymore, what with the unstoppable pirate community that makes DVD-quality downloads available sometimes days before the film is even released in cinemas. They knew that no amount of “YOU WOULDN’T STEAL A CAR!!!” adverts or threats of fines would stop them from losing £614 million a year in the UK alone to piracy. So, if you’ve ever tried to download a pirate copy of a 3D movie filmed in a cinema, you would know that the industry is on to something. They’re completely unwatchable.

This brings us onto the levels of discomfort that entertainment has never seen before. Before you grow tired of objects flying out at you in films where you expect things to not be thrown at you, like Disney’s festive family treat, “A Christmas Carol 3D”, 3DTV owners will most likely be feeling stung for a number of reasons. Firstly, those special glasses for televisions work differently to those flimsy things you wear in the cinema. Each lens flickers to give the illusion of 3D, with only a small side-effect: splitting headaches. Out of frustration you might grow hostile to these bringers of pain, and you throw them against your living room wall. Special offer, get them while they’re hot! They cost £125 a pair. Jonny’s coming over to watch the rugby later, he can bring his own 3D glasses, right? Wrong – they only work with the TV they were bought with. These things run on watch batteries too, so don’t forget to have a spare few to hand!

Similarly, what will become of the cultural phenomenon that is the cinema date if we see more 3D-only (read: anti-piracy) films released? Nothing is less romantic than wearing a pair of glasses that look like cheap Ray-Ban knockoffs picked up from a local market stall. Well, actually, there is, and it’s having to wear a pair of glasses over another pair of glasses; you know, the ones that help you to actually see things.

Fad or phenomenon? There’s no doubt that something has to be done to protect the film industry, and it looks like, in 3D movies, they’ve got just the ticket. It seems that the 3D surcharge in cinemas is essentially a piracy tax designed to make us pay for years of illegal file-sharing, especially considering the marginal cost of converting the majority of films into 3D. However, it seems that cinemagoers enjoy the 3D experience as, given the choice, they opt for the 3D version over the 2D counterpart. Admittedly, it’s difficult to justify shelling out for a 3DTV at home when all you get to show for it is a migraine and an empty wallet, but shove it down our throats TV manufacturers will, and, as boys will be boys, it might just become the “must-have” of 2011.