Why I am still a Lib Dem: from liberal philosophy comes liberal policies in government 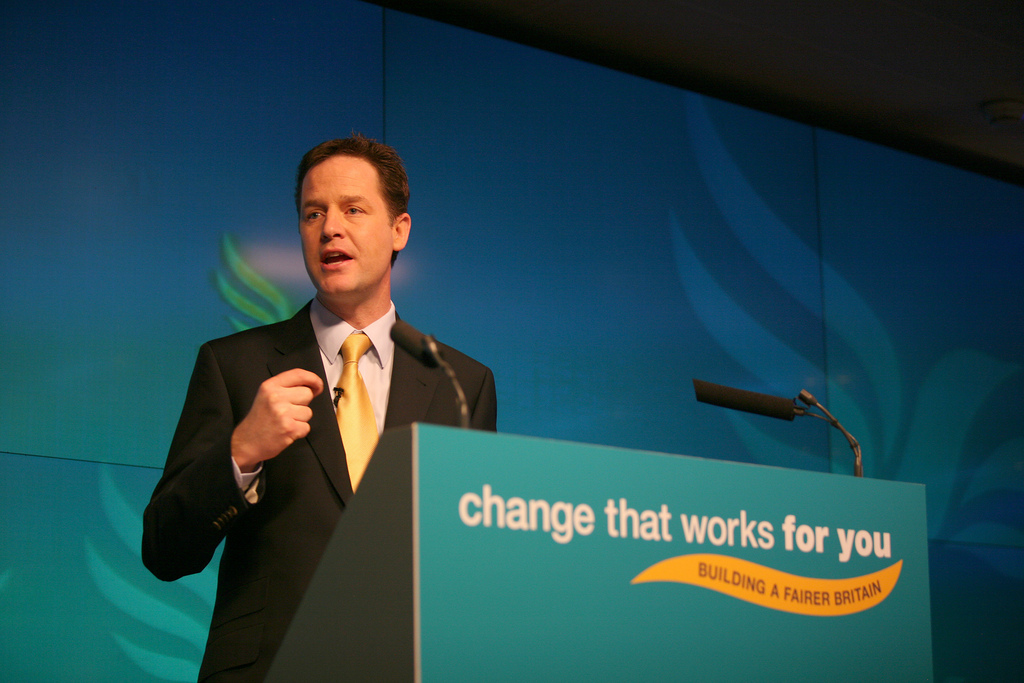 In my first article for this column I feel for some reason the need to justify why, as a student, I am still an active Liberal Democrat supporter. During the Iraq War and the worst excesses of New Labour this question would have been thought completely unnecessary, so I believe a little humility is required in answering this question.

First, the boring philosophical reason: I am a liberal, as are all the members of the university party here in Durham. We often differ in quite what sort of liberal we are, perhaps preferring T. H. Green to Mill or in the practical application of our philosophy, debating about quite how big we think the state needs to be for a liberal society. Fundamentally, however, we agree on the basics laid out in the preamble to our party’s constitution and on the back of each of our membership cards:

“The Liberal Democrats exist to build and safeguard a fair, free and open society, in which we seek to balance the fundamental values of liberty, equality and community and in which no-one shall be enslaved by poverty, ignorance and conformity.”

Now, a typical response a Lib Dem receives these days is to be told: “Ah, that’s all well and good, but you’ve got into bed with the Tories and you’re making all these cuts – how does that square with your ideology?”. With a few examples, I hope to be able to show you.

Are we “a fair, free and open society”? Well, we are making progress: one of the most scandalous and secretive parts of the British polity is lobbyists and how, unlike in most other Western democracies, they can act silently and hidden from public view. So that’s why our party is pressing within the Coalition for a proper register of lobbyists in parliaments and restrictions on their actions, throwing the harsh light of transparency onto them. Would the Tories be doing that on their own in government? No.

What are we doing about “liberty, equality and community”? On liberty, we are finally re-establishing some of the hard-won liberties that Labour took away under the guise of counter-terrorism: the Protection of Freedoms Bill is making its way through Parliament now and will a) restrict local councils’ unfettered ability to plant surveillance everywhere, b) restrict the use of the DNA database by police and c) extend freedom of information. Would Labour ever have got around to repealing their illiberal laws? No.

On equality, we are pushing to allow gay people to have the same rights as every other individual and to marry the person they love (some Tories are going to fight to the death to stop this one). This didn’t happen in 13 years of Labour government and, without the Liberal Democrats, the Tories wouldn’t touch it.

On community, we are giving local councils control over their own budgets and giving every major city a referendum on whether to have elected mayors this May. The Tories agreed with us in some of this in their manifesto, but I wouldn’t trust the Tories on their recent conversion to devolution, when we’ve been pushing for it for over a century.

Finally, are we freeing people from “poverty, ignorance and conformity”? On poverty, Nick Clegg made a speech last week pushing to speed up the Liberal Democrat manifesto pledge that no-one will pay tax on his or her first £10,000 of income. This is not just a tax-cut for the so-called ‘squeezed middle’ but for those at the bottom who face the choice between benefits and work, it almost doubles the amount of income they will be taking home from their job.

On ignorance, we have introduced the pupil premium, meaning that every child who is entitled to free school meals also gets their school an extra £600 in funding, a total of £1.25bn next year for the poorest pupils in the country; this will give them that boost that allows them to push forward in life.

When I watch this government, yes, I see cuts – cuts made necessary by a financial crisis and a typical Labour government with no regard for how much debt it was building up in the good times, thereby leaving us ill-prepared for the bad times. However, I also see my philosophy fuelling Liberal Democrat policies, which in turn are pushed through by this government. I see policies that I would never have seen without my party in government, and I see liberalism in action. That is why many others and I are still Liberal Democrats, as it continues to be the best – and, indeed, the only – vehicle for liberalism.