Why Has Gun Reform Proved So Hard to Effectively Enact in the USA? 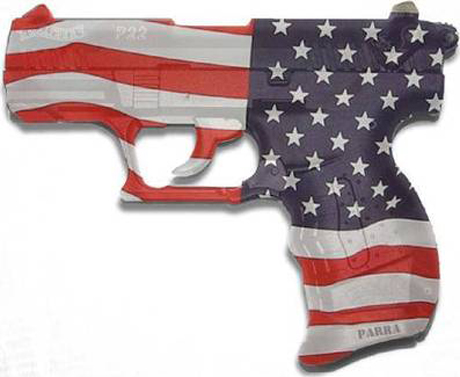 Guns are a part of American culture and identity.

During the New Years Eve celebrations in the USA earlier this week, Americans were encouraged to fondly remember the events of 2012 and look forward to an even better 2013. However, it escaped no-one’s attention that 2012 was a year marred by gun violence tragedies, including mass shootings in the states of Colorado, Wisconsin, and Connecticut to name but a few.

Indeed, the statistics surrounding gun crime in America are widely acknowledged to be shocking; in 2011, the latest year for which detailed statistics are available, 8,583 Americans lost their lives from gun wounds. Whilst this figure represents a decline in deaths from firearms since 2005, clearly gun violence is still an enormous problem. Whilst events such as the nightmarish cinema shooting in Colorado and the horrific shooting of 20 children in Connecticut have received a great deal of press coverage both in the US and abroad, this merely scratches the surface of the gun problem in America.

Since the Newtown shooting on December 14th, 387 people have been killed by firearms in the USA, including six children under the age of 13. Moreover, other mass shootings have occurred in the US this year without receiving similarly high-level coverage in the mainstream media, for example the deaths of 19 Chicago citizens over the course of one night in August. Thus, for every example of gun crime we hear about in the UK, we can be certain that this is just the tip of the iceberg.

Why then has the USA not enacted significant gun law reforms? In a country with such a tragic recent history of firearms offences, many are shocked that so little has been done to counteract gun crime, and have justly asked this simple question. What is it that stands in the way of reform?

For one thing, the entire American psyche differs markedly from that in the UK regarding guns. Whilst in England and Wales there are six guns per hundred citizens, the number in America is eighty-nine per hundred, and a recent Reuters poll has indicated that more than two thirds of Americans continue to support the right to carry concealed weapons, even in the wake of the Connecticut shooting. Unlike in the United Kingdom, “the right to bear arms” is constitutionally protected under the 2nd Amendment, and thus any change would require tampering with the constitution, an enormously difficult and symbolic process many American politicians are reluctant to even attempt.

Moreover, influential gun groups such as the National Rifle Association (NRA) play an important role in lobbying the government to maintain current gun laws, and even encourage the loosening of certain gun regulations. They see the problem of gun crime in America revolving around the criminal as opposed to the weapon, with the CEO of the NRA, Wayne LaPierre stating a fortnight after the Connecticut shooting “Look, a gun is a tool. The problem is the criminal.” In a society where many citizens (including the murdered mother of the Newtown gunman Adam Lanza) enjoy visiting shooting ranges for recreational target practice, guns are simply leisure items which can double up as self-defence aids in an emergency.

Whilst such statements perhaps come across as somewhat trigger-happy and irresponsible to many in the UK, the NRA commands a great deal of respect in the USA and its proposals are entertained by millions of normal Americans. Despite shocking many in the UK, the NRA’s recent suggestion to place an armed corps of specially trained militiamen in schools to prevent further massacres has found a receptive audience amongst certain sectors of the American population. The NRA claim that the deterrent of having an armed guard in schools would be sufficient to stop mass murderers, and certain members within the organization have even suggested older pupils and teachers be allowed to carry guns in self-defence.

Given that the NRA itself dismisses those who commit such shootings as “mentally ill” or “psychologically unstable”, one has to wonder whether a deterrent would really preclude the recurrence of such tragedies, especially when one considers that recent cases of school massacres such as Newtown, Virginia Tech and Columbine have all ended with the suicide of those responsible for the massacre. This would suggest that by the time such criminals contemplate these massacres, they have little regard for their own lives, and would be unlikely to consider the presence of an armed guard a significant obstacle.

In his tearful address to the nation in the wake of the Newtown shootings, President Obama appeared to many to be sincere about curbing gun crime in the USA, particularly massacres of schoolchildren. However, within the space of a fortnight the mass media appear already to have forgotten this pledge, the BBC for one focussing instead on American efforts to tackle the fiscal cliff with reports of shootings in America receiving little or no attention. It is this inability to maintain focus on the issue at hand, as well as the commitment of millions of Americans to maintain their constitutional right to own guns which seems to stand so firmly in the way of gun law reform. I hope only that gun law reform can be enacted before the recurrence of another shocking massacre.