Was the killing of Anwar al-Awlaki justified? 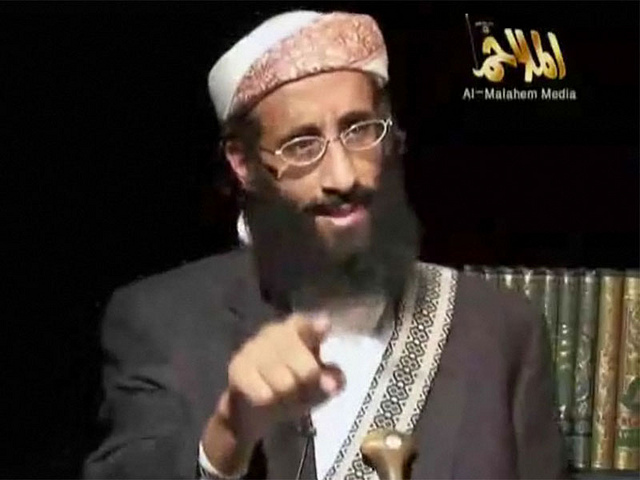 al-Awlaki, a Yemeni-U.S. dual citizen, was killed by the U.S. government

Anwar al-Awlaki was an effective propagandist for radical Islam and a seminal figure in the dissemination of the message of al-Qaeda and related groups. With his fluent English, grasp of Western culture and ability to condense esoteric theological debates into simple arguments, he was able to mentor a large number of young Muslims around the world.

Born in New Mexico to a Yemeni father, Anwar al-Awlaki was a Yemeni-American dual citizen. He died on 30 September 2011 when a predator drone intercepted his car in Yemen. President Obama sanctioned and oversaw the operation; and this, the killing of a U.S. citizen at the hands of the U.S. government, raises some fundamental issues about the legal rights of citizens under the law.

The United States has signed up to various human rights treaties which guarantee individuals freedoms and protections. On 10 December 1948, the United States adopted the Universal Declaration of Human Rights (UDHR). The UDHR outlines the rights that all human beings are entitled to, including the right to life, the right to a fair trial and the right to equal protection of the law. However, the UDHR has no legal standing and cannot be used in court unless it has been incorporated into national law. The United Nations recognised this and developed the International Covenant on Civil and Political Rights (ICCPR) as a result.

On 8 June 1992, the United States adopted the ICCPR. This consisted of the right to life and the right to a fair trial and made them self executing, meaning that citizens could invoke the rights this international law provided for them in their national courts. However, the United States adopted the ICCPR with five reservations, five understandings, and four declarations, the most important of which declared that Articles 1 to 27 of the covenant were not self executing. Anwar al-Awlaki was prohibited from his international human rights as the U.S. had exempted itself from the provisions of such legislation.

As a U.S. citizen, Anwar al-Awlaki was guaranteed a range of rights under the U.S. constitution. Article 1 declares that the government cannot suspend the writ of habeas corpus and Article 3 states that all persons must be tried before a judge. Amendment 5 specifies that no person shall be deprived of life without the due process of law. All three of these constitutional rights were obliterated when a government sanctioned drone fired upon the car al-Awlaki was in. It should be noted here that the constitution of the United States has no spatial limitations. The protections codified in the constitution are afforded to U.S. citizens even when abroad. Following this, it would appear that the death of Anwar al-Awlaki was illegal. As Mehdi Hasan put it “where was the trial? Where was the evidence or indictment in a court of law? Where was the attempt at an arrest or extradition? Where was due process?”

The constitutional rights that Anwar al-Awlaki was guaranteed under the constitution were revoked. A secret legal memorandum, which was leaked to the New York Times, gave the U.S. government the legal grounding to violate the constitution on the basis that he could be killed because he was deemed to be at war with the United States. On 14 September 2011, Congress passed the Authorization for Use of Military Force against Terrorists Act, which enabled the President to use all appropriate force against whom he determined “planned, authorized, committed or aided” the attacks of 9/11. Anwar al-Awlaki was linked to a group known as al-Qaeda in the Arabian Peninsula, which gave President Obama enough evidence to sanction his death. However, this did not mean that the U.S. government had the legal prerogative to kill someone under Yemeni jurisdiction.

Anwar al-Awlaki was protected under Yemeni law from the actions of the American state. However, Yemen decided to place U.S. actions outside of Yemeni law with President Saleh insisting that the U.S. can conduct counterterrorist operations in Yemen without prior consent of the Yemeni government. Even if the government hadn’t declared U.S. operations outside the realm of law, a Yemenite judge ordered that al-Awlaki be captured dead or alive following his links to the cargo planes bomb plots of October 2011 in which plastic explosives were packed into printer cartridges destined for Chicago. When Anwar al-Awlaki was fired upon in al-Jawf, his life was placed outside the law in a state of exception.

As Carl Schmitt established in his book Politische Theologie, the sovereign is he who decides on the state of exception. This is what led Schmitt to proclaim “the sovereign stands outside the juridical order and, nevertheless, belongs to it, since it is up to him to decide if the constitution is to be suspended in toto”. Hence the sovereign is at the same time outside and inside the juridical order. The sovereign, having the legal power to suspend the validity of the law, legally places himself outside the law. Encapsulated in the secret legal memo, the killing of Anwar al-Awlaki was a clear example of the sovereign declaring a state of exception.

Both the U.S government and the Yemeni government revoked the legal rights of Anwar al-Awlaki. He was reduced to what Giorgio Agamben would describe as “homo sacer”, a being whom a plebiscite can kill without having to face punishment. Homo sacer has no legal protection; killing homo sacer is not a crime. Anwar al-Awlaki was reduced to “bare life”: a form of life whose status is indistinct; banned from conventional law and politics and subject to exceptional practices.

The case of Anwar al-Awlaki is nothing short of troubling. The radical cleric was suspected of numerous crimes, none of which have ever been proved to be true. Without being granted a trial, it was suspicion that formed the basis for his death, as no factual allegations were placed against him. Both President Saleh and President Obama declared a state of exception and placed Anwar al-Awlaki outside the law.

What we are seeing here is the collapse of the three pillars of government. The executive is replacing the judiciary in deciding who is and who is not guilty of a crime. Let us not forget the case of Charles de Menezes, in which the police shot at a man wrongly believed to be a terrorist. Sovereign power must not pass unchecked, the due process of law must be applied and rights must be respected. Let us hope that the death of an American citizen will challenge the prevailing assumption that the American government can do what it likes when it likes.