Use and Abuse: Proposed Reform to the Advisory Council on the Misuse of Drugs 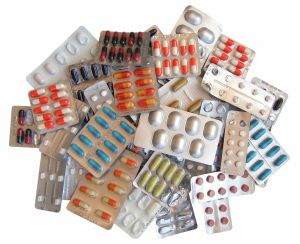 A proposed amendment to the way that the legislation on the Misuse of Drugs is formulated and regulated is currently straining relations between the government and the scientific community. In December, the government announced plans to scrap the statutory requirement for scientists to sit on the Advisory Council for the Misuse of Drugs, the body that advises parliament on the legislation that controls the legal status of controlled substances. Ever since the publication of these proposals, scientists and politicians have become mired in a battle that could potentially have far-reaching consequences for the way in which science (and the expertise of advisors in scientific fields) are involved in the legislative process.

The proposals are made in the Police Reform and Society Bill and remove the requirement for the twenty-strong membership of the council to include a doctor, a dentist, a pharmacist, a drugs industry expert and a vet, as well as a scientist from another branch of chemistry, each appointed by the Home Secretary.

Although the actual change has received little publicity from government sources, the issue has received a great deal of attention and indeed criticism since scientific campaign groups became aware of the proposals. One aspect of the complaint against this proposed legislative change is that such an important proposal was made without public consultation or any prior notification being given. Nor was such a serious reform given prominence; it was made simply under the “Miscellaneous” section of the bill. To some commentators and campaigners, the decision not to publicise the amendment fails to take account of the seriousness of such a change. As the BBC Home Editor, Mark Easton commented, “It may look like a small arcane change, but the amendment to the Misuse of Drugs Act effectively removes a keystone in the architecture of Britain’s drugs policy.”

The Misuse of Drugs Act was created in 1971 as a response to public concern over the use (and abuse) of recreational drugs and consequently criminalised the possession of many substances (changing the ethos that had existed previously that their control was a matter for doctors and professionals within the scientific community). Nonetheless, The Advisory Council for the Misuse of Drugs was created to ensure that decisions on the legal status of substances were taken with due recourse to scientific evidence on the relative harms which these substances could pose, rather than those decisions being taken according to a moral or populist agenda.

An amendment that removes the requirement for scientists to be involved in the legislative process has therefore received serious criticism from members of the scientific community who believe that it is symptomatic of a move away from a previously evidence-based (and, by implication, a non-political) approach. One prominent voice to express opposition was Imran Khan, Director of the Campaign for Science and Engineering, who claimed that “the government are trying to take us back to the time of ‘Minister knows best’. Scrapping the need for expertise on the drugs advice is not only bad science, but it’s also terrible politics.”

Compounding Mr Khan’s opposition, Dr Evan Harris, a former Liberal Democrat MP and part of the Campaign for Evidence-based Policy, said: “The 1971 Misuse of Drugs Act was ahead of its time in embedding expert and scientific advice into policy-making. In the forty years since then the need for good evidence to inform policy has increased, yet the Government seem to want to go back to a pre-scientific era in policy terms.”

It is not the first time that the government’s interference in scientific issues has been brought into question. In October 2009, the then Labour government’s Home Secretary, Alan Johnson, sacked Professor Nutt, the Council’s Chairman, after he publicly criticised the government’s decision to reclassify Cannabis to a Class B drug from a Class C.

Mr Johnson claimed that Professor Nutt had been “lobbying” against the government’s drugs policy whilst Professor Nutt maintained he was simply publicising scientific research that suggested that that the classification of some drugs was disproportionate to their relative harm, citing the reclassification of cannabis and the relative harms of ecstasy and alcohol as examples. In response to what they regarded as political interference in the Council’s work, seven members resigned in protest over the decision, leading to the first damaging conflict between the government and the scientific community over this issue.

The damage done to the government over the Nutt debacle has resurfaced in the criticism now levelled against this proposal, touching as it does what Mr Khan stated was “still a raw nerve” for scientists. Widely reported in the media was the accusation, made by Darryl Bickler of the Drug Equality Alliance (a campaign group who campaign for “rational and objective drug law”), that the government were “reaping vengeance [on the ACMD over the Nutt incident] by sweeping away potential heretics that might seek to use evidence rather than tabloid hysteria to fulfil the need to be seen to be doing something”.

The government flatly refutes such claims, reiterating its commitment to evidence based policy decisions. Science Minister, David Willetts, told the BBC that “I certainly believe in evidence-based policy and the Prime Minister does and the cabinet are committed to it.” Indeed, the government cited pragmatic reasons for the amendment, saying that the change would allow greater “flexibility” in the expertise they are able to draw on. Crime Prevention Minister James Brokenshire said: “We want the ACMD to be adapted to best address the challenges posed by the accelerating pace of challenges in the drugs landscape.”

Ironically, evidence in support of the government’s case came into existence following the resignation of the ACMD’s members (specifically Dr Polly Taylor’s) when the statutory need for a vet on the council prevented it from taking action against the potentially dangerous chemical mephedrone, then used as a “legal high”. Such incidents can only strengthen the government’s argument in favour of reform that will provide a more rapid response to the threat posed by potentially dangerous substances.

No doubt the controversy surrounding this issue will only grow since the harmful or beneficial effects of criminalising drugs takes so much time to gauge (take for example the fact that now some new scientific research has concluded that the criminalisation of mephedrone has actually worsened the danger to drug takers). Whilst the battle continues to rage between politicians and scientists over the current proposal, there is only one conclusion that can safely be drawn: There is certainly room for reform to Misuse of Drugs Act and its Advisory Council but such reform should not be undertaken because it is politically expedient.