The Secret Life Of Drones 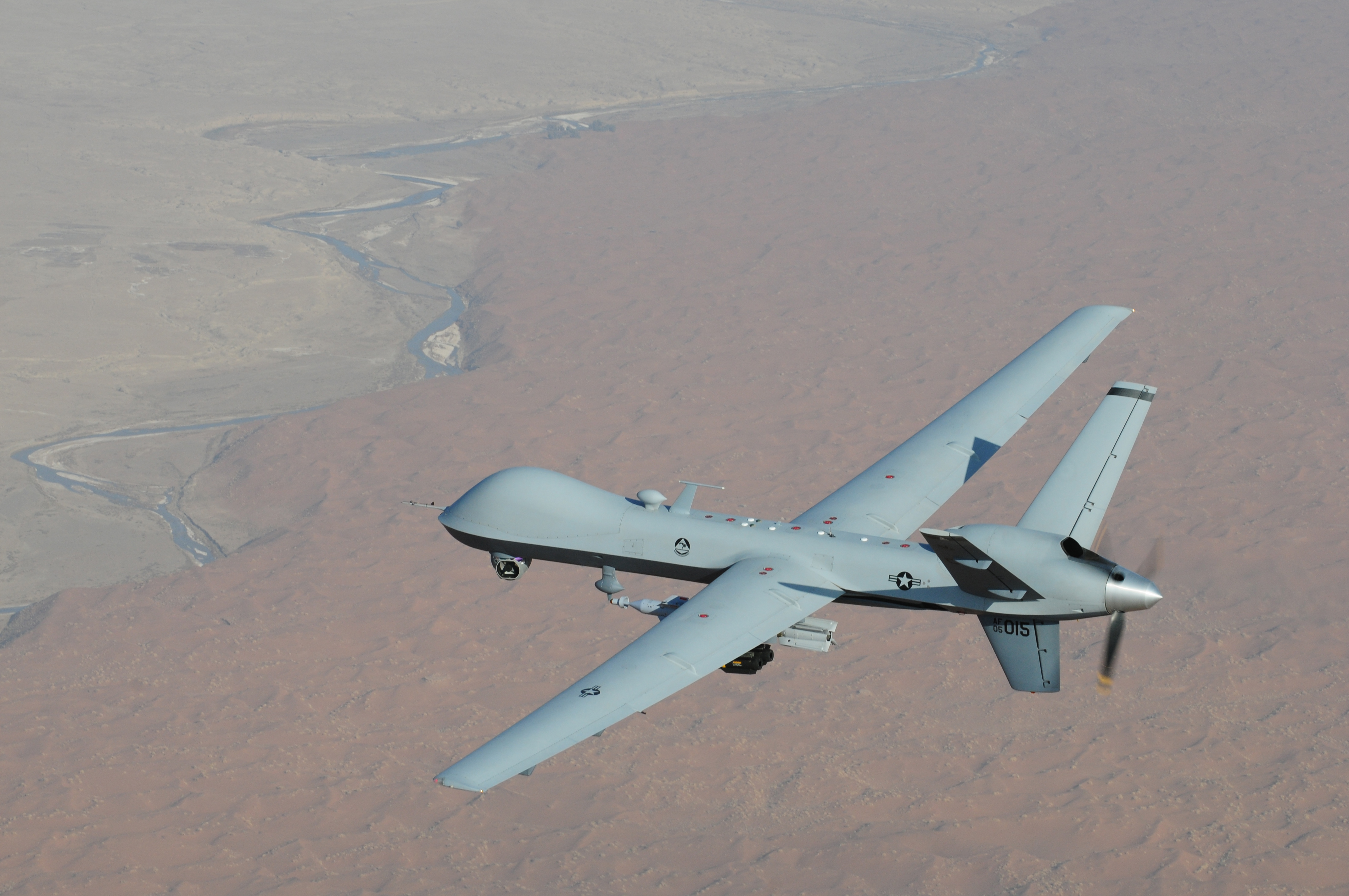 Drones: Winning the ‘War on Terror’, or illegal and ineffective?

Drones: the only way to defeat the Taliban or an illegal, immoral, unpopular and ineffective mission that leaves in its wake dead civilians and radicalised populations? Let me argue that it’s the latter, with a description of recent drone warfare activity, an outline of the legal status of drones, their moral implications and, finally, their effectiveness.

The rapid increase in the use of drones by the US and UK militaries, in their ‘war on terror’, was brought home, literally, to Brits this April with the news that a drone operating base will be moved from Nevada to Lincolnshire airbase RAF Waddington. From this base, just 140 miles from Durham, Reaper aircrafts (stationed in Afghanistan and that carry laser-guided GBU-12 bombs and Hellfire missiles) are operated.

Unmanned aerial vehicles (drones) have been used since 2001 by the US military and the CIA to target and kill individuals suspected of being ‘terrorists’ or ‘militants’. Human rights charity Truth Out estimates that almost 4000 people have been killed in drone attacks since 2001, with only one out of fifty of those killed implicated in Taliban activities. These attacks have been launched in six countries, three of which the US is not officially at war with, and one of which is an ally – Pakistan.

Drone attacks deny those targeted a fair trial and are, in effect, illegal summary executions. They violate both US and international law, specifically international humanitarian and human rights law. Due process (the legal requirement that the state must respect all of the legal rights that are owed to a person) is ignored, and no evidence has to be provided, in any court, that targets have committed a crime. A ‘kill list’ is compiled by the CIA and approved of by the President in secret meetings with no oversight or transparency, making them judge, jury and executioner.

Drone attacks in Pakistan breach Pakistan’s sovereignty, without notice or permission. The US is supposedly an ally, and this unprecedented and problematic behaviour has provoked angry demonstrations.

Drones are often inaccurate, based on faulty or insufficient data, and hence kill many non-targeted civilians, including children. Most strikes are ‘signatures strikes’ where a drone operator targets an unknown individual based only on a perceived pattern of behaviour. The criterion used by the CIA to determine the ‘behaviour signature’ of a terrorist has been criticized by State Department officials for being “too lax”. Common occurrences such as misidentification, malfunctions, and faulty intelligence have also led to the killing of dozens of non-targeted individuals.

Within the moral argument there is, importantly, an exploration of the very nature of proxy warfare – someone sitting in a base making the decision to kill people thousands of miles away. Studies have been made of the psychological effects (such as extreme stress) to drone operators, as well as the effects that physical distance between operator and target have on the decisions being made. As counterterrorism specialist G.I. Wilson says, “Social science research concludes that drones are a gateway to moral disengagement, dehumanization, and deindividuation… Drones allow us to disassociate our actions from our values”.

Similarities between drone warfare and a video game are disturbing, though unlike video games, the operator sees the blood, the agony, and all too often, a mutilated child or civilian. Psychology Today described the psychological effects of being a drone operator on Brandon Bryant: it “made him numb”. He is one of many drone operators who have suffered from PTSD as a result of his job.

The immorality of having an unaccountable system in which a handful of people possess the power over life and death can be examined within a wider discourse occurring in the US since 9/11. In this discourse, geopolitical issues around oil acquisition and historical context are overlooked in favour of a narrative of a ‘clash of civilizations’ in which Western democratic and progressive ideals are being attacked by backwards and fanatical Muslims.

Terrorists and religious fanatics are conflated with all Muslims, and, the ‘war against terror’, i.e. Al-Qaeda and the Taliban, depicts the countries where these organisations are based as the actual source of terror, missing the reality of populations within these countries being similarly threatened by these forces. The Obama administration claims that the vast majority of people killed in drone operations are militants. Well of course this is true when the CIA’s definition of ‘militant’ is “any military-age male in a strike zone”. All Pakistani males above the age of sixteen are thus the enemy and fair game for execution.

To end this gruesome conflict we have to get past unsophisticated and Islamophobic compounding of ‘Pakistani’ or ‘Afghan’ with ‘Taliban militant’. American foreign policy of attacking the people of Afghanistan and Pakistan, rather then working with them, can only cause harm.

Even if U.S. drones are illegal, harm our allies, and kill innocent people, people on the ground would take this ‘bitter pill’, as politician and ex-cricketing star Imran Khan puts it, if it were effective at making the place safer.

Khan says that the way to fight the Taliban is to “isolate those irreconcilable militants and wean away the bulk of the people who are our own tribal people, who are fighting because of collateral damage, unemployment, because they think the U.S. war is against Islam”

Drone attacks create high anxiety in communities, stoke anti-American sentiment in Pakistan, destabilize an already unstable state (especially in Pakistan’s north-western Federally Administered Tribal Areas) and boost extremist recruitment. As David Kilcullen and Andrew Exum (a former army officer) write in The New York Times, “every one of these dead non-combatants represents an alienated family, a new desire for revenge, and more recruits for a militant movement that has grown exponentially even as drone strikes have increased.”

There is no easy solution to reducing Taliban and Al-Qaeda control. We need policies which support Pakistanis and Afghans who are under a far greater threat than anyone in the West, and which stabilise their countries and complement local efforts.

The untimely US drone attack that killed Pakistani Taliban leader Hakimullah Mehsud on November 1 scuttled promising peace talks between the Taliban and the Prime Minister of Pakistan. This exemplifies how counterproductive drones strikes can be and how they are sabotaging concrete anti-Taliban work.

Is there more to the use of drones than meets the eye? Bearing in mind that the areas in which drones are used (the Middle East, central Asia, and Africa) have large oil reserves, key oil transportation routes or other resources sought by transnational corporations – are drones part of a policy designed to maximise profits for transnational companies? Whatever the answer to that question, drones have not only failed to solve the problem of extremism in the Middle East, but have been shown to exacerbate it. The next step must be a more considered and critical approach in Pakistan and Afghanistan in close conjunction with allies. We need to address the root causes of the problem, and create a situation in which local populations are not caught between airstrikes and the Taliban, but rather see the US and the UK as supporters in fighting this common enemy.

As the chant at the well-attended protest at RAF Waddington on that balmy Saturday sums up so well: “Every Afghan has a name, war is not a video game”.