The Republicans: Trying to reach the Moon, not the White House 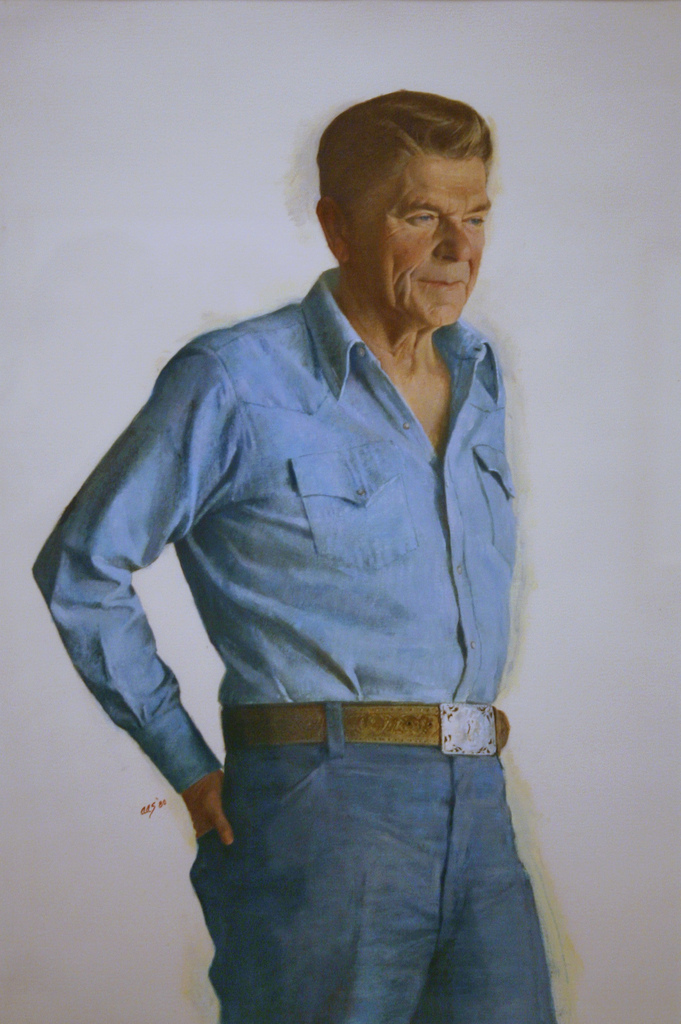 Have Republicans forgotten the pragmatism of Ronald Reagan?

This year the American election will be about economics – indeed, the unprecedented support for a radical libertarian such as Ron Paul shows that this American election has an electorate that cares about the economy. As such, you would think that the Republican party, the bastion of small government, the party of Ronald Reagan, would be battling harder than ever to show Americans how they would balance the budget and regain the triple-A credit rating that they blame Obama for losing. There can be no doubt that this is the aim of Ron Paul’s campaign, and if you listen to them speak, that of all the other candidates too; but, after listening to the debates, I was left with a simple question: How?

Ron Paul has made it quite clear that he would cut big government, he would bring the troops home, he would stop protecting Israel, he would stop fighting wars abroad when America cannot even keep crime rates low at home and he would follow that most sacred of American documents – The Constitution. Sure, Mr. Paul has some unacceptable (in the eyes of Republicans) policies – such as the legalization of Marijuana – but, other than that, he comes across as a straight-talking guy with a reputation in Congress that backs up his views. This leaves us with the final three contestants – how are they appealing to the Republican masses for cutting the budget?

All three of them laugh and smile pleasantly whilst listening to Ron Paul argue determinedly for his one trillion dollar deficit cut, they allow the audience the raucous applause (which only Paul commands) and then they continue with the debate, occasionally taking a break for Ron Paul to remind them that they could cut the deficit. The important part of the debate always comes when asked how they will cut the budget, and, as usual, one by one, Santorum, Gingrich and Romney all announce that the military will be ring-fenced, then, one by one, they inevitably turn on Obama’s healthcare as the cause of all federal budget deficits in the US (this is quite simply not true – America had a deficit before it had Obamacare!).

So then you are forced to dig deeper, to see what these fiscally conscious guys are up to. You will inevitably hear the usual spiel from Mitt Romney about how he used to turn failing private sector businesses around, and that is just what he will do with America; and, in his defence, Mr. Romney does have some suggestions – namely to cut some of those ‘useless’ governmental departments. But let us be very clear on this, Ronald Reagan was also going to cut that useless Department of Education… that’s right, the one which is still around today. At least Mitt has an answer, no matter how poor.

When one delves into the policies of Rick Santorum and Newt Gingrich is when one truly understands how the last social conservative President – George Bush – got them into this mess. Rick Santorum proudly announced in a recent debate that he would send the troops back into Iraq, then announced that he would make sure America could get a man on the moon whenever it wanted – while that might be one small step for man, it most certainly is not a giant leap for a balanced budget. But if you were worried that Rick Santorum was a tad lavish with his spending, then you haven’t met his social conservative opponent…

I present to you: Newt Gingrich. Newt Gingrich is the seasoned politician, and this is more than evident in his prowess at expensive pork-barrel promises, as he goes around the country. So far, Newt Gingrich has promised to bury the New Hampshire power lines, re-open the Manchester hospital to full capacity, build a new interstate highway in South Carolina, as well as dredging the port of Charleston; oh, and if that isn’t enough, he announced to the people of Florida that he would use it as the launch pad for his programme to colonize the moon, which we are assured he will do by the end of his second term. These ideas may strike you as ambitious, when put in the context of a country with a massive debt, but with the promises getting bigger and bigger with every new state they campaign in, just spare a moment to consider what Mr. Gingrich will be promising come Super Tuesday!

One might think that this brand of lavish promises is perfectly normal in an election cycle, but the Republican party will have to cut the lavish promises soon, because Ron Paul’s support shows us that what Americans want is spending cuts, and it would be the worst of Republican election losses if they were to lose to the Democrats because they were too ‘big government’.