The Ethics of Welfare Benefits 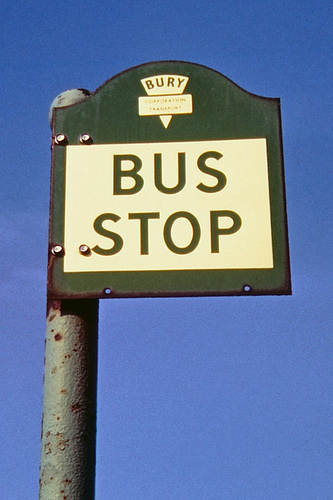 Duncan Smith’s advice to the unemployed: “Get on a bus and find a job”

Picture this: a young mum of five, slouched on the sofa, dirty tracky bums trailing in last night’s pizza remains that are scattered across the floor, flicking mindlessly through channels of daytime TV, ignoring the baby screams coming from the adjacent room. Is this the image of benefit-claiming families Tory governments would have us believe is the norm? After Work and Pensions Secretary Iain Duncan Smith’s advice to the unemployed to “Get on a bus and find a job”, the answer is a resounding “yes”. But is the Government right to reduce benefits? Is it ethical to give handouts to those who haven’t worked for them?

There’s no denying that the advice to “go and find a job” is a million times easier said than done and that, however many applications you send, if you haven’t got GCSEs or work experience, not many employers are going to give you a second glance. But when the dole and child benefits are paying for the council house rent and food, then where’s the incentive to change? People in this kind of circumstance often feel they are stuck in a rut and to get out of it would be a massive upheaval of everything they know. But had they never had the opportunity to claim money from the state, then perhaps they wouldn’t be in this situation at all. Or perhaps they would be living on the streets. And this is the crux of the matter: relieve them of all responsibility for themselves or leave them high and dry?

As the old saying goes, “Give a man a fish and you feed him for a day, teach a man to fish and you feed him for a lifetime.” Taking fish as a metaphor for benefits, they have been feeding families across the country for days and days on end and though education has seen increases in funding, there are still large swathes of the population who haven’t learnt to fish. Or haven’t had to learn, should we say. So benefits are a short-term solution that help keep families afloat, but don’t give them the tools to take the oars, as it were.

To break a cycle of kids hating school, dropping out and having more kids takes some good parenting and caring teachers. This cannot merely be achieved by greater funding. It needs councils and MPs to take a genuine interest in the futures of their constituents and put time and effort into working out what these kids actually need in the long term. Because is it really that they can’t be bothered to work? That someone would rather have six children and therefore get the welfare benefits than two kids and a bit of time to themselves? In some cases, yes, having children can be someone’s “calling”, but in the vast majority of families, there is an underlying reason for lack of initiative to find work and/or having large numbers of children.

Culture Secretary Jeremy Hunt recently said “It is not the role of the state to finance people’s choices”, referring to non-working parents of big families. His suggestion to limit benefits for large, unemployed families could be construed as a financial deterrent for poor people to reproduce in great numbers. But since, as mentioned above, there is usually an underlying cause, be it inability to afford contraception, lack of knowledge about its effect, religious values or family tradition, it rarely comes down to a clear-cut choice. Therefore are we to penalise those failed by the education system or brought up in a religious environment? Certainly the most unfair point to come out of this is the reduced funding that the youngest children will obtain on the basis that their parents decided to have them.

The idea of the Welfare State in Britain goes back to post-war Britain in the late ’40s, when the Labour Government of Clement Attlee committed to providing for people from cradle to grave. This meant a pledge to provide support in Education, Health, Employment and Social Security, after which the NHS was created. Today, no-one would dream of cutting services to the NHS, but originally it was all part of the same programme to reduce the “Five Evils” of society – ignorance, disease, squalor, idleness and want. Perhaps some “Evils” are worse than others, but overall, they all lead to a reduced quality of life, which is what the allocation of benefits aims to address.

So if welfare benefits are about redistribution of wealth, is there an ethical problem at all? To strive for equality is the aim, but can it ever really be achieved, given the diversity of the human race? Let us take Disability Living Allowance as an example. Receiving this benefit also entitles you to increased Income Support, which aims to give people with a disability a fairer chance in life. But those who, because of a different twist of genetics, are not able to get a well-paid job because of their low IQ, but are working more than sixteen hours a week, are not entitled to Income Support at all.

What it all boils down to is responsibility. If it is the individual’s responsibility to forge their own future and take what life throws at them, then there is no place for benefits as the individual must be held to account for their choices and those of their parents. But if it is the state’s responsibility to provide for its citizens and encourage social mobility then the only answer is to ask the rich to pay for the poor and sick. With the aim of smoothing across society the luck doled out to the individual at birth, benefits should be a way to bring about a true equality. But when the picture we are given is of people who would rather sponge of the state than get up off the sofa, it is no wonder the ethics of it are questionable. The problem is striking the balance.