The Demise of the Celtic Tiger 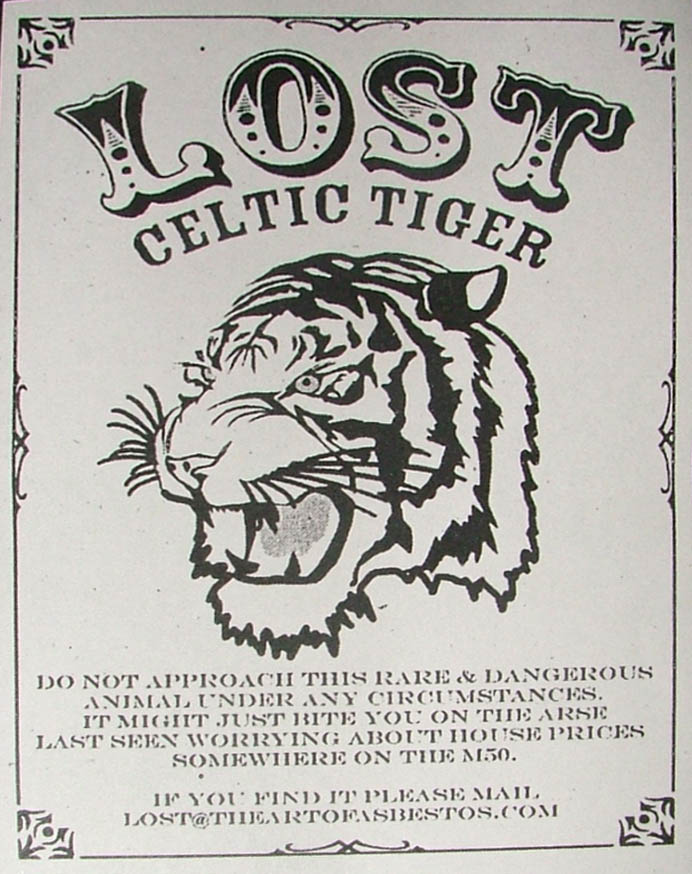 Has the Celtic Tiger really lost its bite?

On what should have been a momentous day for the Republic of Ireland, the 19th November saw the unveiling of Dublin Airport’s award-winning Terminal 2 by the now hugely unpopular Irish Prime Minister Brian Cowen.

Usually, the opening of a cutting-edge airport terminal costing over €600m and able to handle 15m passengers a year would be a very notable event. However, the opening was overshadowed by the arrival of delegates of the IMF, European Central Bank and European Commission to begin to try and fix Ireland’s fractured banking system and public finances, prompting some to dub the new terminal the “IMF Arrivals Lounge”.

In many ways this terminal, three times over budget and two years late, is indicative of the recent woes of the Irish economy, “the Irish economy in a microcosm” as one journalist put it.

To understand the dramatic decline of the Irish economy, you need look no further than a May 2009 paper ominously entitled “What went wrong in Ireland”, written by the Central Bank of Ireland’s governor himself, Patrick Honohan. According to Honohan, the period from 2000 onwards marked a fundamental change in the Irish economy. Up until about the year 2000 the Irish economy had prospered from secure export-led growth, facilitated in part by the low interest rates and exchange rate stability provided by its adoption of the Euro in 1998.

However, these low interest rates played a pivotal role in the property price and construction bubble that unsustainably fuelled growth from 2000, a bubble in which home construction levels reached six times that of the UK. This bubble was due in part to the main Irish banks fuelling a credit boom with relaxed lending in the context of what Honohan calls “complacent and permissive” banking regulation.

When property prices peaked, and subsequently began to fall, in late 2008, the banks began to realize their frenzy of lending was going to have serious implications, not just for the banks, but for all Irish citizens. Anglo-Irish, once one of Ireland’s largest banks, had engaged in massive levels of property lending. When the international banking crisis ensued it found itself unable to secure funding, and only a taxpayer-funded government rescue saved it from failure.

Subsequently, the Irish government has (to the anger of its citizens, who are facing a severe austerity package) had to pile more money into its banking sector to prevent a full-scale banking sector collapse and the resulting severe recession, or perhaps even depression, that would result. The costs of this bailout have already exceeded €45bn, equating to €22,500 per person. This mirrors the UK situation where the likes of Lloyds and RBS were bailed out to avoid full-scale financial collapse, but at huge taxpayer expense.

What has perhaps been underreported is the risk to the UK of Ireland’s economic decline. Over £140bn is held by UK banks in Irish banks, and the Bank of Ireland, Ireland’s second largest bank, underpins all of the financial services offered at the British Post Office, of which there are 2.3 million customers.

On a wider scale, Ireland is one of the UK’s largest trading partners. According to surprising government figures, trade with the country exceeds total UK trade with Brazil, Russia, India and China.

This is one of the main reasons for the Chancellor George Osborne’s recent announcement of a £7bn loan to Ireland, an amount greater than the planned Coalition cuts for this year. This is of course a loan, not some selfless act of generosity, so Britain will ultimately profit from this arrangement. In Parliament, Mr Osborne faced ridicule from Labour MPs for comments made in 2006 after visiting Ireland, “We should look and learn from across the Irish Sea. What has caused this Irish miracle and how can we in Britain emulate it?”

It looks likely that the total rescue package Ireland receives from the IMF, European Central Bank and European Commission will exceed a staggering €85bn, with €35bn going to shore up its ailing banks and the remaining €50bn to deal with the state’s colossal funding gap. 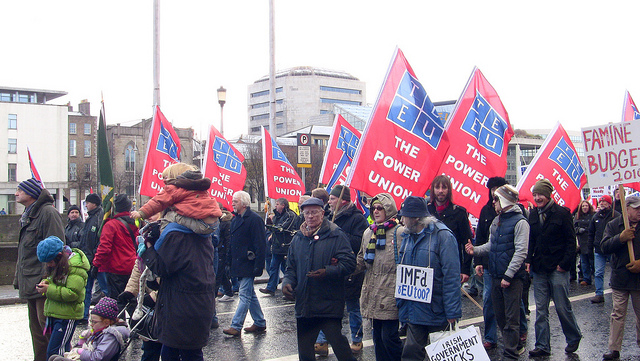 Irish citizens in recent years have watched with great sadness the demise of the “Celtic Tiger” from a booming economy that attracted the likes of Google and Microsoft to headquarter in their talismanic capital Dublin, to being forced, with much international embarrassment, to accept a huge rescue package. This is amidst riots in the streets expressing anger at yet further severe austerity measures whilst billions of pounds are spent bailing out a banking sector many deem guilty of “cronyism” and hugely irresponsible and reckless lending.

The effects of events in Ireland are unlikely to stay within the confines of the famous republic. Attention has already switched to the considerable debts of Portugal and Spain, and led some to question the entire future of the Eurozone project. Recent events in the Republic of Ireland may emerge to have been the first stage in a radical transformation of the world economy.