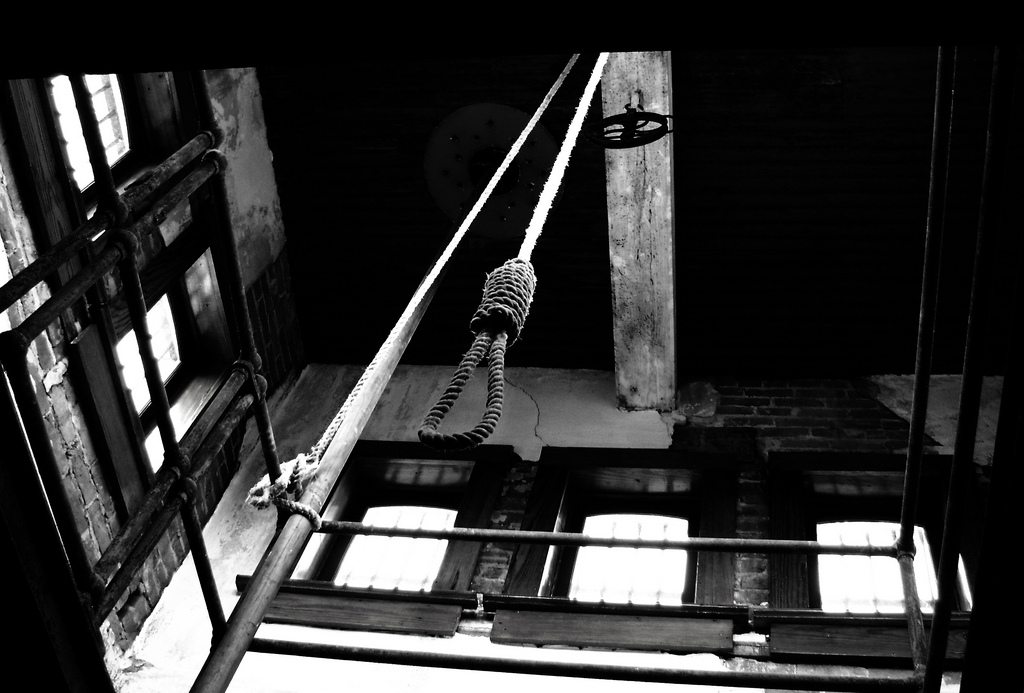 Thirty-three states retain the use of capital punishment in the USA.

On the same day that Barack Obama achieved re-election in the 2012 Presidential Election, the state of California voted to retain the death penalty as a punishment on the state statute books, thereby remaining one of the thirty-three American states continuing to sanction state executions. For the 724 inmates on death row in California, this came as a devastating blow to any hopes of a reprieve. Many political commentators and legal experts were surprised at this decision, which runs contrary to the recent gradual trend for states to renounce their use of the death penalty. Although on this occasion subsumed beneath the euphoria of Barack Obama’s re-election, for many people both in the USA and around the world, the death penalty remains a high-profile example of a divisive and draconian punishment, the application of which is a cause for enormous concern.

The legal charity Amicus, which is currently running a death penalty awareness week in Durham, has repeatedly expressed its concerns about the quality of representation afforded to those on death row, and works to provide legal representation for people facing the death penalty in America. The charity helps those who would otherwise be vulnerable to representation by deficient, disorganised and disinterested court-appointed attorneys, whose proficiency in representing their clients can be a matter of life and death. When consulting the facts and figures on the death penalty, it is easy to see the charity’s grounds for concern.

The Fourteenth Amendment to the American constitution declares explicitly that no state is to “deny to any person within its jurisdiction the equal protection of the laws.” Invariably however, the theory seems to depart from the practice. For example, it is well documented how ethnic minorities are significantly more likely to receive the death penalty than their white American peers. A study published by the Death Penalty Information Centre has found that in the state of Louisiana, the odds of receiving the death penalty were 97% higher if the victim was white than had the victim been black, and since 1976, 257 black defendants have been executed for the murder of white victims, whilst only 19 white defendants were executed for the murder of black victims. The fact that 98% of chief district attorneys in death penalty states are white, whereas only 1% are black, is no doubt a significant factor in this disproportionate sentencing. This then would strongly suggest that criminal justice in America is not in fact colour-blind, but rather punishes black Americans to a significantly greater extent than white Americans.

As the Supreme Court Justice Ruth Bader has noted, “People who are well represented at trial do not get the death penalty.” This reflects another important aspect of the application of the death penalty, namely the calibre of the defendant’s attorney. Sadly, almost all of those in capital crime cases are represented at court by state-appointed attorneys who are often underprepared, overworked, and lacking the trial experience necessary to ably and adeptly defend a client in such a vulnerable situation. According to the charity Reprieve, up to 25% of those on death row were represented by attorneys who had previously been disciplined for professional misconduct, a strong indicator of their quality. Moreover, numerous cases of poor representation have come to light during capitol crime cases, including incidents where attorneys have arrived at court drunk, slept through parts of the trial, and misinformed clients of their rights and the laws prior to trial. Such demonstrations of ineptitude would be farcical were it not for the fact that in each case the defendant was, or is due to be, killed.

Another problem surrounding the imposition of the death penalty is the intellectual ability of the defendant. Many defendants in such capital crime cases are suspected of suffering from intellectual disability, thus preventing them from being sentenced to death on grounds of diminished responsibility. However, prosecutors frequently seek to underplay any intellectual disabilities, keen to secure the maximum penalty against the accused. A tragic example of this is the case of Andrew Lee Jones, sentenced to death in 1984 and executed in 1991. During the trial, the attorney defending Jones emphasised that his client had no recollection of events on the night he was accused of rape and murder, and put this down to Jones being drunk. However, shortly before his execution it transpired that Jones (whose IQ score of 77 is considered to border on disability) suffered from blackouts and psychosis, brought on as a result of the pesticides used on the farm where he grew up. This was put forward as a likely explanation for his inability to remember the events of the evening in question. Following the examination of a state psychiatrist, Jones was prescribed a heavy dose of anti-psychotic medication under the guise of sleeping pills, however only the prosecution was aware of this and as a result Jones appeared at his trial heavily sedated. It was in memory of Andrew Lee Jones that the charity Amicus was founded.

Whether or not one agrees in principle with the death penalty as a suitable punishment, the numerous discrepancies and misapplications of this punishment in the USA seem to undermine attempts at justice. From drunken attorneys to heavily drugged defendants, numerous flaws in the application of the death penalty appear to be endemic in the system, and the woeful representation afforded to many of those facing the death penalty is truly shocking. One can only hope that the efforts of charities such as the current Amicus awareness week are successful in providing better representation to those facing the death penalty, and in so doing restoring justice and credibility to the American legal system.