“The creature that the public does not believe exists: an honest politician.” 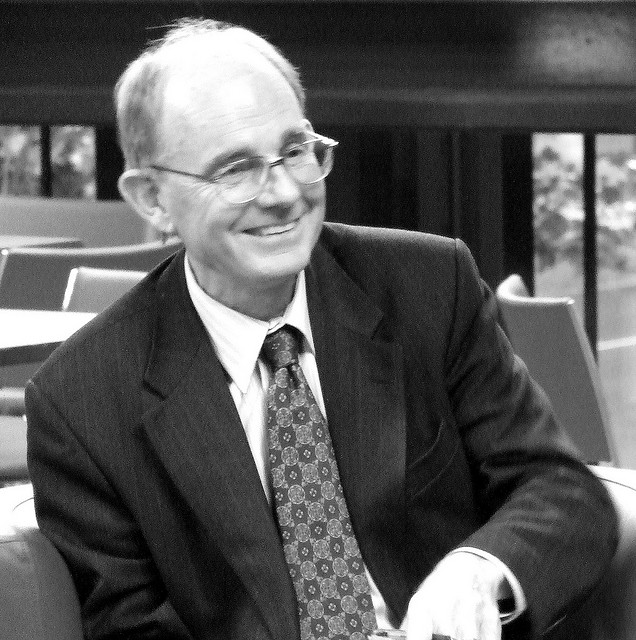 Is Chris Mullin a rarity in the modern world of career politicians?

Oona King’s description of Chris Mullin in her review of the most recent, and final, volume of Mullin’s diaries, ‘A Walk-On Part’, strangely seems to fit this most unassuming yet impressively experienced politician. Whilst most political careers tend to end in failure or disappointment, Mullin’s resignation is a welcome exception, when his colleagues, in relation to his decision to leave Westminster last year, were still asking ‘why’ instead of ‘when’.

A writer and journalist by initial profession, and an MP for twenty-three years, Mullin has had considerable experience on the benches of the Commons. His talk at the Durham Book Festival was from the fascinating perspective of someone who really did see it all, whilst his outlook of wry amusement serves as a desperately needed distraction from the weightier literature concerning the Labour years of 1997–2010.

One of the most refreshing aspects of his character is his persistent optimism with regard to Labour’s legacy, and his unwavering belief that the party has much to be proud of. Along with the usual references to improvements in education and healthcare, Mullin is resolute in his pride to be associated with a government that chose to spend money on those who most needed it, and feels the party needs to make more of such a legacy. As the former MP for Sunderland South, one of the UK’s most impoverished areas, he takes particular pride in having seen the lives of his own constituents improve over the course of thirteen years.

However, even Mullin is aware of the fact that the party’s time in office cannot simply be seen as wholly reformist by nature. His description of the Iraq war as a ‘catastrophic error’, the outcome of backing the ‘worst US president in history’, highlights the view shared by many Labour MPs that the war casts a shadow over much of the party’s achievements. Without it Mullin argues events such as the unparalleled achievement of a relative state of peace in Northern Ireland would be viewed in their proper contexts.

As to what the ultimate legacy of Labour’s years in power will be, in consideration of the overwhelming levels of literature being produced from formerly disgruntled government ministers and backbenchers, it seems unclear as to how history will judge 1997–2010. However, ever the optimist, Mullin points out that the greatest reforming administration of the twentieth-century, the years of the Attlee government, were full of gossiping and rumours of splits, whilst in hindsight we judge the Attlee years on the merit of the impact of their wide-ranging reforms.

Of course, when it comes to gossiping and rumours where better to turn than the media? Rather surprisingly Mullin refuses to agree with the idea that there exists a free press in this country. Rather, he argues that the media through which we have contact with politicians and understand the institutions that govern us are owned by, and therefore directed by, the wishes of a handful of people, most prominently Rupert Murdoch. Whilst subtly avoiding the actual word ‘brainwashing’ Mullin argues passionately for a tighter definition of who is considered fit to own a newspaper/news outlet, and legislation to ensure that each individual is only able to own one, rather than the system of effective monopoly that exists. Mullin interestingly identifies that in the wake of the phone-hacking scandal we have our first opportunity to pass such legislation: at all other times the authority of media moguls is such that it can be a deciding factor in the outcome of elections.

Specifically as a result of political scandal, at a time when politics and politicians are in relative disrepute (although perhaps they didn’t have far to fall) Mullin stresses the need to look to the future. When asked where the next generation of real politicians will come from (as opposed to Oxford PPE-ists whose lives are planned from the age of 17, and who are destined to become minor political footnotes in history), Mullin replied in defence of the traditional view that the best politicians are those who begin by having a career away from politics. Mullin himself was thirty-nine when he was first elected as an MP, which at present seems rather geriatric.

Looking forward to the next election, Mullin shares the view of many of his contemporaries: that of the ideological exhaustion of New Labour, and the need for a new sense of purpose for the party, as well as a reassertion of Labour’s considerable achievements to date. The need to regain a sense that politics is essentially about public service was also identified as of central importance, possibly at the expense of so-called ‘career’ politicians.

From the perspective of the coalition, Mullin also feels that Labour’s success will depend upon providing a credible alternative to the Coalition’s economic policies (or their euphemistic ‘efficiency savings’), as well as economic developments globally. He predicts that the polarisation of wealth, particularly the North-South divide, will grow over the next few years, re-establishing the need for a political party representing the most impoverished people in the country.

Concluding his talk with a reference to the importance of regenerating public faith in politics and politicians to ensure the security of democracy, it seems Mullin may well be an ‘honest politician’. As an individual who rejected the Olympian heights of politics in favour of a career focused on constituency service and government accountability, Mullin transcends the modern understanding of the desires of politicians, and the desperate measures pursued for the sake of power. It seems that Mullin’s perspective may not appeal to the ‘career’ politicians serving in the limelight of the twenty-four hour media. However, his unwavering belief that politics is fundamentally about public service renders the presentation of his political career as a ‘walk-on part’ far too humble.