The Chronicles of Gordon Brown: The Darling, The Balls and The Harman 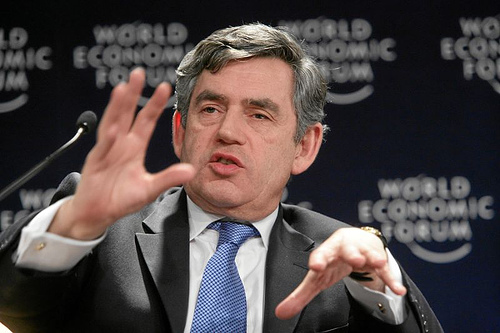 In recent months there has been a spate of memoirs by British politicians relating to recent political history and the build up to it. We have had , , , Brown’s and other contributions such as former minister Chris Mullin’s . There is a huge problem with all of these: politicians have an inbuilt tendency to be less than fully candid, often because they have to be. Blair was hardly going to reveal he was wrong all along about Iraq, or discuss the frank discussions about it that went on behind closed doors, at least beyond whatever he could include to show how hard the decision was. They are all, naturally, inclined to tell the story so that it fits their narrative: whilst all of them admit at various points to some errors, none of them were ever likely to tell the true story.

Enter the academics and historians. Especially the ones with unrivalled access to all the key players. There are two books recently published that are must-reads for anyone interested in the Brown premiership, the 2010 election and the ensuing coalition negotiations. The first is Palgrave Macmillan’s by Dennis Kavanagh and Philip Cowley, the latest in the long-running Nuffield series of election analyses. The second is Anthony Seldon and Guy Lodge’s , a companion volume to Seldon’s earlier works on Brown’s immediate predecessors, , , and .

The first may look and sound like a drily academic analysis of the election results. Though it does include a thorough breakdown of those, it also provides a thrilling blow-by-blow account of the election, its background, the campaign, the results, and the formation of Britain’s first coalition since World War II. The authors had access to key figures rivalled only by Seldon’s, and so we hear at length about such things as Brown, Cameron and Clegg’s preparation for the televised leaders’ debates (and see pictures of their rehearsals, with other politicians “playing” the other leaders). The strife within the campaigns becomes apparent, the personal relationships between key figures and advisors, and notable by their absence are most of the cabinet and shadow cabinet.

The book takes us into the world of the parties and their election teams: we see the shadow cabinet watching Brown resign as Prime Minister, we read the text messages sent during coalition negotiations, we come to understand how a campaign works. Beyond that, the book analyses the campaign as a whole: it gives the lie to the claim that this was the “first internet election”, explaining that traditional printed election leaflets were what really made the difference in marginal seats. It also takes time to talk about such issues as candidate diversity, and the ghost election of October 2007 – the moment, arguably, at which Brown’s premiership was fatally wounded. It also has moments of surprising humanity and poignancy in amongst the analysis, given the personal stories it follows: it describes Brown ringing Douglas Alexander (then International Development Secretary and Labour’s election coordinator) on the plane back to Scotland on election day and saying, ’I’m sorry. I thought I could turn it around.’ He knew he had lost.

Brown at 10 explores the whole premiership, spending less time on the election. It is also much longer, and written more like a standard history. Parts of it read like a novel in fact: the first chapter, as Brown takes office in June 2007, and the last chapter, as he exits it following the 2010 election, are written in the present tense. Here the whole of Brown is laid bare, aided hugely by Seldon seemingly having spoken, candidly, to just about every person who had even the slightest connection with Brown’s administration.

That many of these are private, off-the-record interviews helps; there is a huge amount of revelation and honesty about events here. Thus we learn that the “snow plot” of January 2010, when former cabinet ministers Geoff Hoon and Patricia Hewitt tried to bring down Brown, was not the pathetic last-ditch revenge of departed Blairites. It had support at the highest levels, as Jack Straw, Harriet Harman, and David Miliband all tried to help the plot along and ensure Brown’s departure. Suddenly we understand why the Cabinet were so reticent in coming out to support Brown that day: they had been ordered not to by the senior ministers.

We also get to understand Brown’s real tragedy. He had it in him to be a brilliant, bold, reforming Prime Minister, and had he listened to one set of advisors he might have been. Instead, because of the man’s insecurity and paranoia, he listened to a set of sharply political tribalists, such as Ed Balls, Charlie Whelan and Damian McBride, who only served to heighten his suspicion of everyone around him. Alistair Darling, an old ally and friend who became alienated from Brown during their relationship as Chancellor and Prime Minister, asked him incredulously why he still listened to these people. Brown is a real Shakespearean tragic figure in these pages, an Othello brought down by various Iagos: his own flaws prevented him from being the leader he could so easily have been. It is notable, as the book recounts at several points, that abroad, away from the rabid gossip of the British media, he has always been regarded very highly – it was as the international statesman he worked best.

The most poignant section here is his departure after the election, where we see Brown at his best. He came to realise that he could not remain as Prime Minister, but was determined to see the progressive coalition through – and genuinely believed he could. Of course one can point out the sheer lunacy of the “Rainbow Coalition”, but Brown here acted in a greater interest than his own for once, and came to his own decisions rather than listening to the toxic advisors around him. The constitutional side is fascinating too: the Queen’s private secretary initially refused Brown’s resignation as there was not yet a clear alternative government, but Brown gambled the Queen herself would accept it and she did. Both books describe his final phone call to Nick Clegg, and paint a vivid picture: “I’m now in an impossible position. I have to go to the palace. Nick, Nick, Nick, I have to do this now, I can’t stay on, it’s a choice one way or the other. You’ve made the choice, I’m not going to hold on.” He then turns to his staff: “OK. Let’s do it.” The final scenes as he exits Downing Street with his family are bizarrely affecting, even if you never supported Brown.

I would recommend both books to anyone interested in the last three years in British politics, but also simply to anyone wishing to understand more about politics in general. What comes through in both books is that politicians really are human – capable of the same idiocy, wit, connivance, selfishness, self-knowledge, tragedy and heroism as the rest of us. And that, when it comes down to it, politics is the same tragicomic, chaotic farce it has been since the time of the Egyptians…