The American Left: A Guide to the Presidential Race 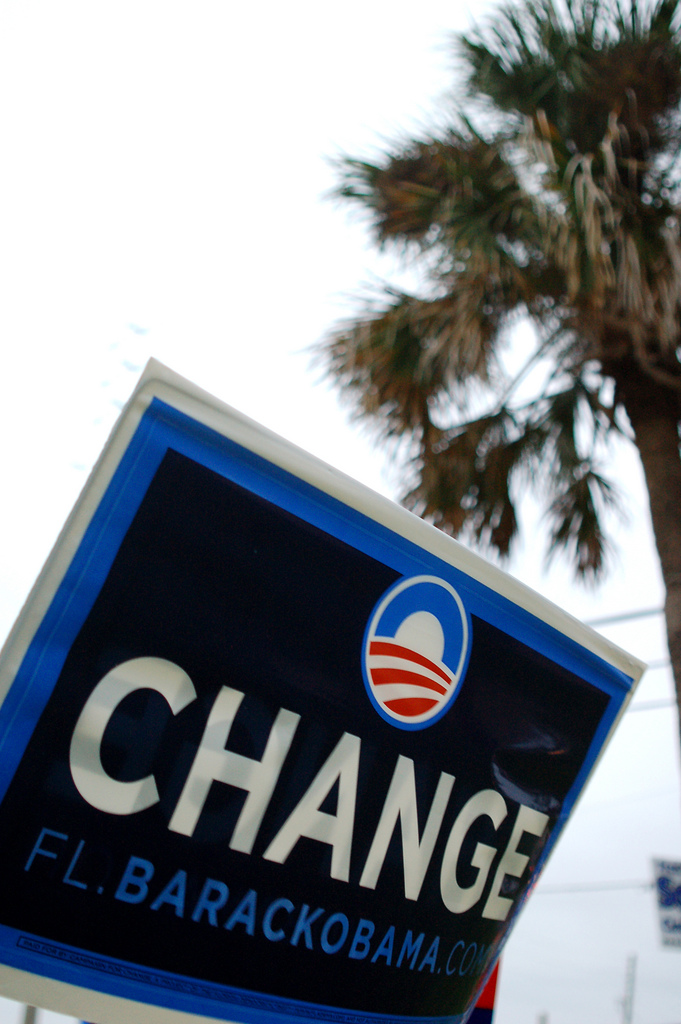 Will there be a new President come 2013?

For the last few months, the hailstorm of updates and analysis that accompanies any US presidential race has been roaring. It might seem difficult continuously to produce news about a nearly two-year process, but this time around the media have been blessed with a particularly erratic competition. According to Gallup, there have been no fewer than seven lead-changes among the Republican contenders for their party’s nomination since last May, with frontrunners ranging from the disappointingly unconvincing Mitt Romney to the passionately ridiculous Herman Cain. Other leaders include Rick Perry, a George W. Bush doppelgänger who recently dropped out, and Newt Gingrich, the former Speaker of the House who famously shut down the Federal government for four weeks in 1995 and 1996 during a spat with then-President Clinton. With such colourful candidates, the press is having a field day. Analysis abounds. New theories crop up every day, only to be dislodged by a random gaffe or unexpected wave of support. So rather than predict the unpredictable, or offer a theory bound to be confounded at the next primary, here are a few key ideas to keep in mind over the spring and summer while you are bombarded with information about this increasingly strange race.

First, and most importantly, modern US presidential elections cannot be understood merely in terms of policy differences. At the heart of every shift in this drawn-out competition is cultural politics. Matthew Dowd of ABC News points out that “the republican party today base of support is blue collar, white voters,” rather than the rich or big business. He contends that Newt Gingrich understands this better than anyone else in the race, especially his main opponent, Romney, a former venture capitalist with a painfully wooden demeanour. Gingrich’s success is merely the latest incarnation of cultural reaction. The abortive surges of Rick Perry and Herman Cain, along with Michelle Bachmann’s long-forgotten win at the Iowa Straw Poll, were all manifestations of the same sentiment. Jon Meacham characterizes Gingrich’s prowess as an understanding of a cultural story about “ordinary folks against these distant elites, who are in control, somehow, and you are not control. And the way to get control, is to vote for me.” The rotund, tough-talking, occasionally vicious Gingrich is perhaps better at embodying the sheer anger that is at the force of this argument than any of the others, but really they have all been riding the same anti-Obama, anti-establishment wave. Even if Gingrich in some unexpected turn of events were to drop out tomorrow, that wave is a force in American politics, and there are others – Rick Santorum, perhaps? – who would be happy to ride it.

A second point of interest is the unfamiliar lack of unity on the Right. During primaries it is natural for a candidate to contrast himself or herself with fellow party-members, but the striking thing about this electoral season has been the uncertainty of Republican voters. Although Mitt Romney has long been seen as the natural nominee, his moderate record as Governor of Massachusetts, tendency to flip-flop on key conservative issues, and lack of charisma have polluted him in the eyes of many Republicans. Thus, after the long parade of possible alternatives, they are now stuck on Gingrich, who, though supported by many social conservatives, is a confirmed serial adulterer. Strange antagonisms and unnatural alliances have been at the centre of this competition so far: don’t expect them to go away.

Another story here has been the success of Ron Paul, a libertarian candidate familiar to Presidential races. His surge has been founded on two coinciding trends, the longing for “straight talk” as a result of widespread political disillusionment, and the appeal of his ideological purity to young voters, who happen to be reaching a demographic peak. His particular brand of ‘straight talk’, while refreshingly dissimilar from that of a George W. Bush or a Rick Perry, has the disadvantage of being so straight it comes off as loony. His intimation, in one debate, that it might not be necessary for the government to accept an illegal immigrant to a hospital for emergency care in a life threatening situation drew a non-committal response from an overwhelmingly conservative audience. For the other Republican contenders, the danger of Ron Paul is that he will siphon off purist votes from the Republican base in the general election – in which Paul has previously run as an independent – making it harder for any Republican to beat President Obama. Of course this all should play into the hands of the Obama campaign, who must be thinking “divide and conquer”.

One final point to keep in mind is what one might call the Jekyll and Hyde factor. While the primaries attract hard-core, party-line voters – often in obscure areas of the country – the general election is all about appealing to the centre. Most Americans like to think of themselves as moderates, even if they aren’t, and coming off as a right or left wing demagogue can make a candidate unelectable. Yet that’s just the type of thing that will get you a party candidacy. So although Gingrich’s fiery put-downs and righteous indignation may work among Republicans, it’s unlikely to make him the next President. Romney, while refreshingly moderate and well poised to beat President Obama, is struggling to get his party’s nomination. The candidate who can best toe this line between party and public has the best shot of becoming President. Call it two-faced insincerity or just good old politics, it will be key to the outcome of the race.

Of course it is the second part of this two-leg race (the one pitting President Obama against a Republican contender) that really matters. And as many people are pointing out, it may not be policy differences or character traits or even cultural schisms that have the biggest effect on the outcome. Obama’s best hope for re-election is continuing economic recovery – history shows that presidents are sometimes re-elected even with high unemployment, as long as the economy is trending upward. A quiet summer in the European markets, rather than a divided Right or an unpopular opponent, would probably be the most welcome turn of events for the Obama campaign. Predictions this year are a dime a dozen, but if I have to make one I’ll throw my hat in with those who say the key player in American politics this summer will be Angela Merkel.