Should Size-Zero Models Be Banned? 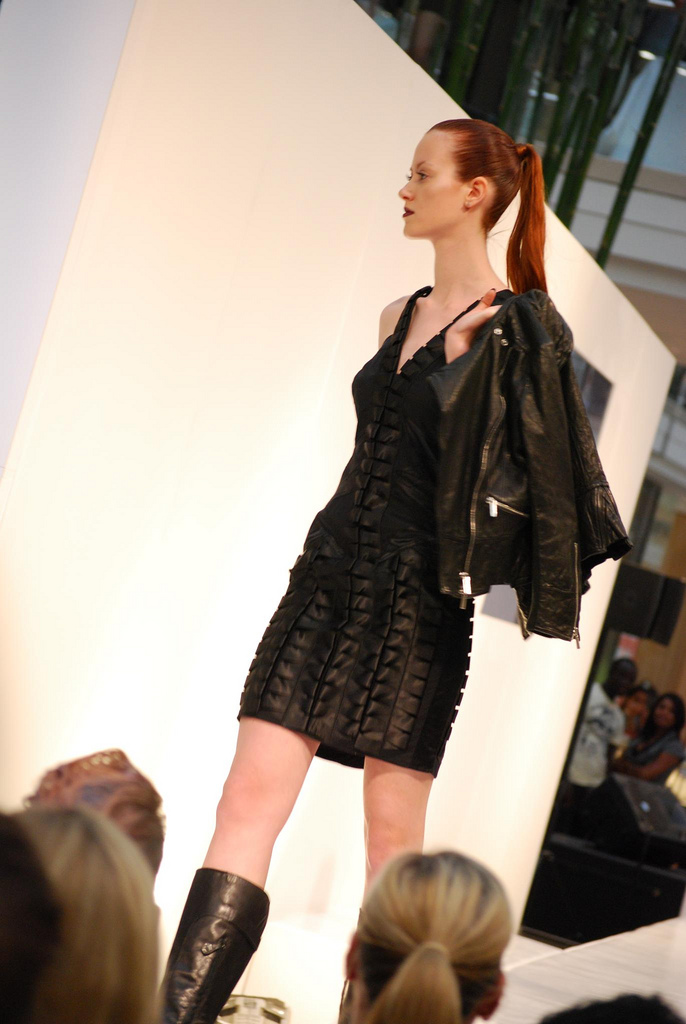 Is zero a size that should be idealised?

Recently there has been a lot of debate about whether or not we should ban size-zero models in the fashion industry. Size-zero is the UK equivalent of a size 4, and constitutes a bust-waist-hips ratio of 32″–22″–33″ which are the measurements equivalent to those of a 12-year-old girl. The secret to the appeal of size-zero is in its name – zero. Today, we are regularly being inundated with the appeal of this figure. We have 0% fat, 0% interest, and now even a clothing size. And while some of the younger models around the ages of 14 and 15 who are used on the catwalk are naturally of this size, other older models are not. It is nonetheless the size represented, expected, and conformed to, as the ideal in the world of high fashion.

This is dangerous because the world of fashion has the power to negatively influence the way we perceive our bodies. It can also seriously damage the health of the models themselves. Following the deaths of catwalk models Ana Carolina, and Luisel and Eliana Ramos, size-zero and the social pressure which arises from such a concept, has become an important and controversial topic. There are those that consider models as having a right to treat their bodies as they will, while others believe that their position in the media spotlight confers upon them a certain amount of responsibility with regard to the promotion of an unhealthy physical ideal.

There are many reasons as to why size-zero models are sought after in the fashion industry. Mainly because there exist designers who believe that their clothes will appear to their best advantage on smaller frames. In 2007, Madrid Fashion Week banned models with a BMI below 18. A healthy BMI is between 18 and 25. Other cities, including New York, London, and Paris, decided not to follow in Madrid’s footsteps, fearing a negative backlash from fashion houses. Indeed, the response of designers is one of the difficulties facing a ban on size-zero models.

The banning of size-zero would involve a health check for models, and the question has been raised as to whether or not this would constitute an invasion of privacy. The British Fashion Council (BFC) rejected compulsory health checks for models as it feared not only the reaction of designers, but also that of top models themselves, anticipating that they would then seek jobs in other countries which do not enforce this rule. However, what the BFC has done is to commission an inquiry into the health of models on London’s catwalks. This includes ensuring the wide-spread dissemination of information about eating disorders and ensuring that those who suffer from them know how to get help if they need it.

Leading the proposition for the upcoming DUS debate is Katie Green, who has modelled for major lingerie bands Wonderbra and Ultimo, and is a strong advocate against size-zero. She has previously argued that “real” women should be represented in fashion campaigns. The 23 year old is passionate about her campaign, as she understands the pressure to be thin from first-hand experience. Green, at 5′10″, and a healthy size 12, was told to lose two stone in order to slim down to a size 8–10. Extreme measures such as banning carbohydrates after 4 pm were imposed. Green admits to starving herself, dropping 8 lbs in a single week in a bid to comply with the stringent requirements set forward by her modelling agency. She is currently making a case for a BMI check for fashion models in order to cut down on the number of underweight and unhealthy girls on the catwalk, who, in the words of former MP Lembit Öpik who is assisting her in the fight against size-zero, risk “permanent health damage”.

Joining Katie is Elini Renton, Director of Leni’s Model Management, which aims to promote a healthy image for women. Renton opposes size-zero because she believes that it can create eating disorders in girls as young as 15, which when continued for a number of years, lead to serious long-term health effects. Instead, she claims that modelling agencies should focus on the importance of correct nutrition and exercise, and provide the resources, such as fitness advice and nutritionists, for its models. This allows the models to maintain their physique through healthy means rather than resorting to starvation in order to gain the size-zero which is considered by some to be the ideal. Renton maintains that there needs to be a body image which is more “attainable and aspirational”.

On the opposition is Ian Marber, also known as the “Food Doctor”, a well-known nutritionist. He is concerned with promoting the health of our bodies as opposed to achieving an aesthetic ideal through unhealthy means. He argues that “we’re a nation obsessed with size”, and that he is often approached by people who aspire to be thin rather than healthy. “If you’re fat you’re seen as unhealthy, and if you’re thin you’re seen as healthy – even though it could be because you have cancer, or you’re malnourished, depressed, stressed or anorexic.” He supports the achievement of a body that does not just appear to be healthy on the outside but is also healthy on the inside.

Joining Marber on the side of the opposition is Susan Ringwood, the director of Beat, a charity which helps people who suffer from eating disorders and their families. She argues against the effect that images of such extreme body types including catwalk models, produces on those with eating disorders. She reasons that, while size-zero models are not a primary cause, the ubiquitous availability of their images lengthens the recovery process of those with eating disorders. Ringwood maintains that eating disorders are not directly caused by fashion models and the size-zero ideal. While she does consider them to be contributing factors, she also argues that there are a number of other causes to consider. These include highly stressful situations such as the loss of a family member, problems at work, at school, or with friends, as well as low self-esteem. Although Susan Ringwood does not stand for the banning of size-zero from the fashion industry altogether, she does make a case for greater diversity in terms of the body types used in the beauty and fashion industry. Ringwood argues that such an increase in the diversity of figures that appear on the catwalk would ensure that regular women are not alienated by seeing images of an unrealistic body type.

The diffusion of images of size-zero models can have a negative impact on a large sector of our society, by persuading women and men that this is the type of body they should, respectively, aim for and desire. On the other hand, it can be argued that models should not be discriminated against due to their figures, and also that a ban on size-zero would be difficult to implement due to the number of designers who prefer their clothes to be seen on this body type. This is an important issue that will be further discussed at the debate on Friday 5th November at 8.30 pm in the Debating Chamber on Palace Green.