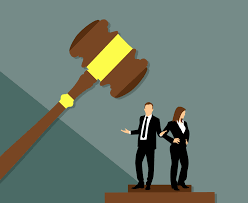 The British government may not be able to understand much about public sentiment these days (cough cough Britain’s exit from the EU cough), but Justice Secretary David Gauke’s plan to end the fault-based divorce system totally fits in with public opinion. His consultation paper has received over 600 responses ‘overwhelmingly in support’ of the proposal, and it will make separation a significantly less hostile and long process.

Divorce is a difficult, stressful and often upsetting decision anyway, without even considering the legal headache. I am sure that the 110,000 couples who divorced last year would agree with this statement. But the current 50-year old legislation (1973) only makes permanent and legal separation even more difficult. It states that if only one partner is seeking to divorce the other, they must prove their partner is guilty of unreasonable behaviour, desertion, adultery or wait after 2 years of separation. Gauke’s plans would mean an end to this process. A process which often leads to false allegations (27% of couples have later admitted that the allegations were not wholly true), allegations which the accused spouse refuses to admit to, the blame being lumped on one person when it may be far more complex, upset children, psychological distress (in recounting incidents of unreasonable behaviour), damaged future communications between partners regarding their children, large expense in courtroom battles and time-consuming form-filling.

The consultation was partly prompted by the outrage caused by the Supreme Court’s decision in July that Tini Owens could not divorce her husband of 40 years (from whom she had lived separately in neighbouring houses in Broadway, Worcestershire for 2 years), until a period of 5 years had also passed. This was partly because her husband refused the split, but also because there was no evidence of fault by either party.

So why has the introduction of no-fault divorce taken so long in the UK? It has been in place in Australia since 1975, Canada since 1986, China since 1950, Russia since 1917 and all states but the District of Columbia in the US (starting with California, its 1970 law being signed by man-of-all seasons Ronald Reagan, who by that point was a divorced and remarried man). Well it was suggested in 1996 by provisions in Part 2 of the Family Law Act, which would have introduced ‘no-fault divorce’ and required the two parties to attend ‘information meetings’ aimed at encouraging reconciliation. However, following pilot schemes, Major’s government decided that the provisions were ‘unworkable’. Judges have repeatedly called on parliament to change the law, with Supreme Court judge Lady Hale justifying the Trini Owens case by stating that it was not for judges to ‘change the law’.

Until now however, parliament has been slow to react. A few proud traditionalists argue that no-fault divorce devalues the institution of marriage and family life, with Colin Hart, chairman of the Coalition for Marriage, stating that it would lead to a ‘race to the bottom’ and ‘trivialise marriage’.

Nevertheless, even prominent divorce lawyers, who surely benefit the most from expensive legal battles, agree with the introduction of no-fault divorce. Nigel Shepherd, former chairman of Resolution, was ‘pleased the government are so firmly behind it’ and Ayesha Vardag, of the eponymous law firm, criticised the current system as ‘old-fashioned’, encouraging ‘lots of mudslinging’ and a mentality of ‘screw you’ when dividing housing and income. Sir Paul Coleridge, the former family court judge, agreed, stating that ‘it stops divorce being a sterile blame game and allows people to make a most important decision in their lives in a right and considered way.’

Nobody approaches divorce on a whim. Forcing couples to separate with one particularly aggrieved or bitter party and severe financial consequences, only scares young and very much in-love couples from getting married in the first place. If people are free-born and free-living and can choose to get married of their own accord, choose to bear offspring, choose to apply for jobs, sell property, you name it – then they should be free to choose for themselves when and for what reasons they get divorced (without having to justify their decision to an external and arbitrary body relying on an archaic law).