Sarkozy on the rocks 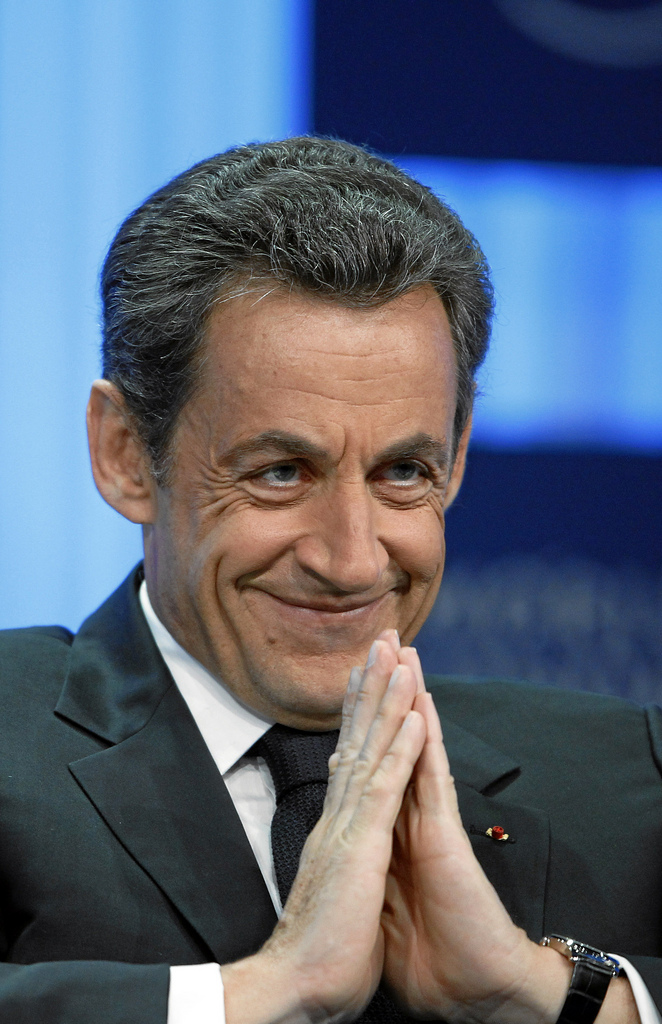 One can imagine French President Nicolas Sarkozy might have been rather smug on the 14th of May, 2011, when Dominique Strauss-Kahn had just been arrested and accused of rape in New York, throwing his presidential candidacy out of the window and, with it, the hopes and dreams of a return of a socialist to government in France. Surely, at that point, Nicolas Sarkozy thought that a 2nd term in office for him was almost a certainty, but, ever since then, everything seems to have gone wrong for Sarkozy.

To his right, Mr. Sarkozy has found a very capable replacement for Jean-Marie Le Pen in his daughter Marine Le Pen. Marine has created a new, more electable look for her Front National, which has enabled it to become an acceptable party in the eyes of the French people, rather than a taboo like the British National Party. Her anti-free trade and anti-European rhetoric has struck a chord with the French electorate during a time of crisis in the European Union. Mr. Sarkozy now faces a real threat from the right, with Le Pen’s strong anti-immigration policies making Sarkozy’s publicity stunts of sending gypsies back to their native country look feeble. Sarkozy must be very wary of Le Pen, who, with some polls rating party support at 21%, not only might take votes from him, she could pull off an upset greater than even that of her father when he got to the 2nd round of the election in 2002.

And to his left, Mr. Sarkozy has not been able to cruise in Strauss-Kahn’s absence; instead, Sarkozy is left looking at a candidate in Francois Hollande who, far from being a feeble competitor, has managed to rally the socialist party behind him – including high profile endorsements such as that of Ségolène Royal, the 2007 runner-up. Hollande has managed to leave Sarkozy trailing in his wake in the polls, with passionate speeches insisting that he is a normal man fighting for equality and justice. Furthermore, Hollande has been able to substantiate his rhetoric with a clear package of tax increases and government spending, which has led the French people to believe he genuinely is ‘on their side’, meanwhile offering the belief that the budget will be balanced by the end of his term. With recent BVA polls rating him at 58% should he get in a run-off against Nicolas Sarkozy, Francois Hollande clearly believes that the wind is in his sails taking him to the Élysée palace, and Nicolas Sarkozy is heading in the other direction.

Nicolas Sarkozy faces yet more problems with the entrance of Francois Bayrou into the Presidential race, who is going to take every possible opportunity to strike at Sarkozy and attack his credibility. Bayrou is likely to be invigorated under his new Democratic Movement party and is likely to set out a firm attack on the establishment candidates – which will only see further negative publicity for Nicolas Sarkozy. What’s more, following 14% last time round, Bayrou is not going to be shackled by the opinion that he is not a credible candidate, and, while he may be polling below 15% at the moment, such is the stature of Bayrou in French politics that there is no way that Sarkozy can write him off as an uncompetitive outsider.

But, without a shadow of a doubt, the biggest threat that Nicolas Sarkozy faces is the facts, which do not make for easy reading. Mr. Sarkozy has been in power during the worst meltdown in the post-war era and faces current unemployment of over 4.5million, which is unlikely to be a real vote winner come election night. Furthermore, Nicolas Sarkozy has also seen, under his leadership, France humiliatingly lose its AAA credit rating, meaning that the French are left behind the other powerful European economies of Britain and Germany. Quite simply put, the French economy under Sarkozy has imploded. Yet, what is perhaps the most compelling reason to suggest that Sarkozy is on the way out is the fate that has befallen other leaders in Europe since 2008: Papandreou, Berlusconi, Brown, Solyom, Zapatero are just some of a long list of European leaders who have been ousted since the 2008 economic crash, and there are plenty of reasons to believe that Sarkozy will join this list.

Nevertheless, one would be foolish to write off Nicolas Sarkozy just yet. He certainly has some trump cards in his hand. He has experienced running a country through the turmoil since 2008, while Hollande and Le Pen do not even have experience in the cabinet. He also led, in partnership with Britain’s David Cameron, the successful removal of the Gaddafi regime, and, perhaps most importantly, he is renowned for his ability on the campaign trail.

One thing is for sure, though. Sparks will fly all the way along this campaign trail, because none of the candidates believe France can afford 5 years of anyone else.