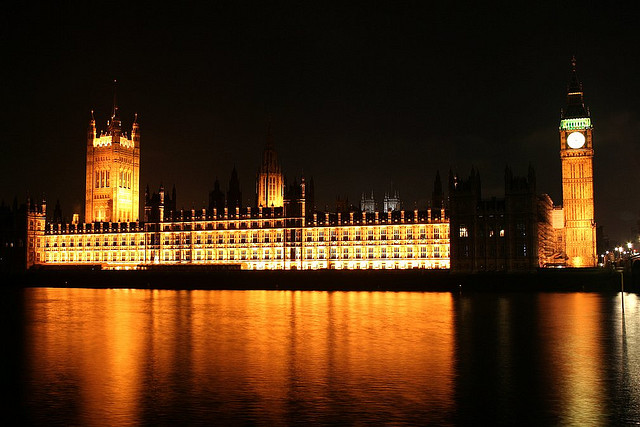 Does religion have too much influence?

Over the summer I was fortunate enough to get some work experience working for an MP (whom I won’t name) in the House of Commons. However, whilst working there, I was surprised and intrigued by what I saw. The man, who I don’t recall ever mentioning religion when standing for election, had covered his office in Bible passages and ‘Christians in Parliament’ posters.

As I continued to shadow this MP, I soon discovered that this religious influence coloured every political decision he made, from discouraging abortion to the use of public money to support church marriages. On Fridays, when MPs are supposed to visit their constituencies, his diary was dominated by appointments in Churches.

The more time I spent in parliament, and the more inquiries and debates I witnessed, the more I was aware of the prevalence of this situation. Profound religious motivation, which I thought was limited to high profile cases like that of Tony Blair, seems to infect the offices and the thoughts of virtually every MP in the commons. Attendance at prayer sessions was regularly higher than attendance of debates in the chamber.

Is it right for an elected representative to be unquestioningly motivated by a belief not shared by a majority of the people they are chosen to represent?

In Britain, religion and politics are not as obviously entwined as in America or in Islamist states. Over time, our representatives have developed a reticence to discussing personal issues like religion in public. However, this reticence, born of a justified fear that religion could alienate millions of potential voters, has allowed a divergence in otherworldly beliefs to develop between Westminster and the rest of the nation – yet one which is visible only under close inspection. In an age where every penny of expenses claimed can be seen by the public, this lack of transparency on a very influential issue is remarkable.

I am aware that not everyone will share my indignation at this situation. It is impossible to persuade someone to abandon their faith in the course of a magazine article, and that is not what I am trying to do. However, I do hope that everyone would agree that elected representatives should represent as much of their communities as they possibly can and not unjustly favour one minority. Unfortunately, a large number of current MPs cannot honestly claim to do this.

In light of recent polls, it is very hard to argue that any one religious sect in Britain constitutes anything other than a minority. In a 2004 YouGov poll, only forty-four percent of Britons said they believed in God. In fact, according to polling evidence, wide parts of British society are not merely apathetic to religion, but positively afraid of its effects on society: in another YouGov survey of 2007, forty-two per cent of the public described of the influence of religion in the UK as “harmful”, compared to only seventeen per cent who believed it to be “beneficial”.

In light of this evidence, is it not grossly inappropriate that, in the time of both of these surveys, the Prime Minister was a man who described the decision to invade Iraq as “made by God” and who regularly consulted the Bible before making policy judgements?

It could be argued that some of the more open manifestations of religion in British politics are the result of parliamentary tradition, rather than of real current feeling: the automatic preservation of twenty-six Bishops in the House of Lords, for example, or the opening of every parliamentary session with a prayer. I have no problem with a respect for tradition, so far as it does not impede on efficient government (which, by the way, the bishops in the Lords regularly do), but if we are to celebrate tradition, why not let it be that of the English Reformation and the triumph of free thought over religious orthodoxy in the sixteenth century? There are many British traditions with values that can contribute to democracy rather than strangle it.

Nevertheless, I understand that a Christian reader will never understand my frisson of unease when I hear David Cameron speak the words “In the Gospel of Mark, Jesus taught us to love God and love our neighbour” in his Easter address of 2011. I imagine instead that they would tell me that love and Christian values are excellent values to live by.

I won’t waste time here with the well-known routine of listing examples of the negative influence on religion on the world and stacking them against the positive examples. I’m not arguing that the influence of religion on politics causes death or wars (although I believe it does); I’m simply saying that it’s undemocratic. And, in a parliamentary democracy, being undemocratic is quite a big deal.

The question of why our political system is so unrepresentative of our nation in terms of religion merits another article in itself, but I would have thought the question of what should be done about it is straightforward. Democracy, transparency and freedom of thought are bywords for our society.

Isn’t it time they were applied?