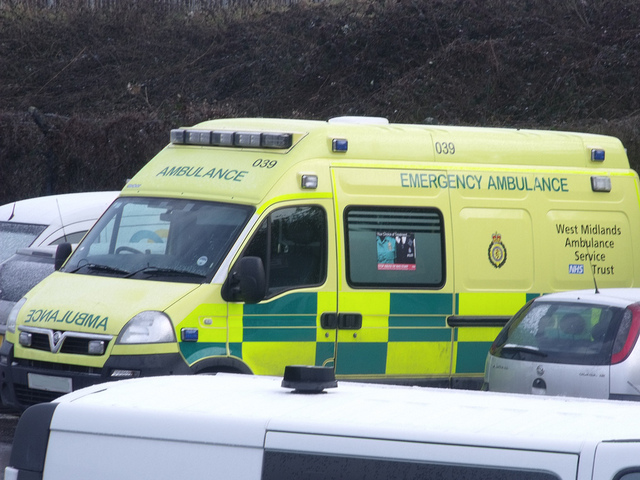 There remains strong opposition to the privatisation of health services

Although they might not want to say it in such explicit terms, this government believes in the market. They’re attracted to its simplicity and efficiency, as well as its freedom from unnecessary and time-consuming external interventions, the dreaded bureaucracy Mr. Cameron hates so much. If the government sees an area in which a market-based model might feasibly be implemented, they’re probably going to try and make it happen, and indeed they’re doing this as we speak. The ministers responsible for these changes perceive this as a positive move. They are committed to the idea that more direct competition between service providers coupled with less state regulation will drive the quality of those services upwards. Perhaps they’re right, but what about when the government tries to introduce market-based reforms into areas that were traditionally or at least originally held exempt?

The big trouble spots for the Coalition’s plans are of course education and health. Raising the cap on tuition fees, promoting competition between institutions and independent degree providers and generally encouraging students to conduct themselves like consumers purchasing their education for the best available price has certainly raised a few eyebrows, not least from the 600 or so Oxbridge dons who recently wrote to The Independent declaiming the government for forcing them to reset their fees without full awareness of what the consequences might be. Combine that with the University Minister’s latest attempts to scare institutions into charging less, his reason being that the state might not be able to afford the loans, and the whole business is starting to look a little bit misguided. However while the educational reforms have angered many it is the plans for the health service that more often have the power to fill the public with dread.

It’s important to note here that Cameron really believes that the changes he intends for the NHS will be changes for the better, not just for a few but for everyone. It does no good whatsoever to look upon the Prime Minister as some Machiavellian figure sneaking in a privatisation programme through the back door, the corollary being that this somehow serves to benefit his friends in business and therefore indirectly, him also. If the people want to effect real political change then it is imperative to engage with Mr. Cameron and his party as public figures attempting to serve the public interest, not as some motley crew of barely elected adventure capitalists. So what then are the supposed merits of the big NHS shake-up, at least according to its originators?

To Cameron, the Health and Social Care Bill currently working its way through the Commons is all about improving the NHS and the health care sector as a whole in order to meet the increasing demands of the 21st century: “Evolution not revolution”, to quote one of his favourite sayings on the subject. Cameron cites the growing price of medical drugs and forecasts of deteriorating health figures as some of the new pressures facing the NHS that can only be met by radical reductions in spending and waste. GP-led commissioning, higher levels of patient choice and a much stronger, more wide-ranging role for private and voluntary companies providing healthcare are some of the more salient changes in his programme for reform.

Reading the Prime Minister’s article on modernisation of the NHS, published back in late January in The Times, it is easy to notice the progressive appeal of his rhetoric. More “professional freedom” for doctors and nurses, unencumbered by the interferences of politician and manager types. GPs able to commission CT scans on the very same day, not weighed down by excessive paperwork and two-week-long waiting lists. Put these statements together with our higher mortality rates in various cancers and cardiac arrests alluded to elsewhere and the argument can look pretty convincing, especially for the GPs at the centre of the reforms. Unfortunately for Cameron it wasn’t long before this began to change.

Although a large number of GPs originally came forward in favour of the new commissioning system there are undoubtedly still many who worry about their new dual role in healthcare. “We have studied medicine; we are not financiers or administrators,” one local GP told the writer. These fears are not atypical and it may well take more than some on the job training promised by the government to assuage their anxieties. In addition to this one of our leading health economists Professor John Appleby of the King’s Fund think-tank has pointedly remarked that the coalition’s methods of directly comparing mortality rates with other European countries such as France (one of the leaders in healthcare) is “not straightforward”. This approach to assessing the quality of our system glosses over pre-existing differences in basic levels of health such as the higher incidence of obesity and binge-drinking in the UK. The comparisons also ignore the wider trends in overall mortality rates which show that over the last two decades the UK has been steadily tightening the gap between itself and France and soon looks set to overtake it in some of those same key areas of medical provision.

One of the higher profile opponents of Cameron’s reforms is the chairman of the British Medical Association’s hospital consultants committee, Dr. Mark Porter. Porter argues that many private healthcare firms are likely to “cherry-pick” the profitable, easy to treat patients thereby overburdening the NHS with the chronic, difficult and economically taxing cases. He believes this could cause many hospitals to shut down entirely. The eminent doctor seems certain that forcing hospitals to compete with private companies for NHS contracts will wreak havoc on the ability of the national system to provide a comprehensive and universal service, resulting in geographically “patchy” treatment availability and luck-of-the-draw healthcare for those who cannot afford to pay for anything better. He prophesied a return to “what we thought we had left behind when we founded the NHS in 1948”, a system characterised by lucky winners, unfortunate losers and those with enough money to buy their way out of the game.

Can these proposals be rejected on principle? Education for profit, healthcare for profit, each subjected to all the uncontrollable whims of the market, a model notorious for elevating some whilst leaving behind countless others. If the basic levels of service available to all regardless of wealth are left intact, and if the state safety net is just as strong as it was before, then the answer to this question has to be a resounding no. There is perhaps a real possibility that things might be better under the planned reforms. The problem is that no one can know this for sure. The Conservatives are hoping that they will be and that their beloved market forces will bring about the changes they want to see. But when the stakes are so high, and with so many already expressing their doubts, do they really have the right to take this chance?