Pork-Barrelling: A Solution to Brexit? 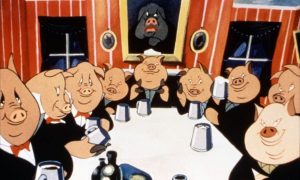 Two weeks ago, a very American political term started being thrown about in the British press: ‘pork-barrelling.’ Opposition MPs have been accusing Theresa May’s government of trying to buy Labour votes for her Brexit deal with promises of pumping money into their constituencies. Such an arrangement is known as ‘pork-barrelling’ and is rare in British politics. The reaction to this pork-barrel deal has been met with outright hostility by the Labour Party and most of the press. However, although pork-barrelling does have plenty of flaws, it could be useful in getting a Brexit deal through parliament. Therefore, in this crazy new Brexit world where the laws of politics have been suspended, we should be encouraging pork-barrelling, not rubbishing it.

For those who are unfamiliar with the term, pork-barrelling is a metaphor used in American politics to describe using government money to fund local projects for the sole purpose of winning votes. The expression first emerged in American politics in the 1860s but became popularly used in the early twentieth century. The term supposedly originated from the practise of American slave owners awarding a barrel of salted pork to their hardest working slave to create competition. The practise of ‘pork-barrelling’ has been rife and controversial in American politics. Congressmen have increasingly tried to hold the government hostage by only supporting its legislation in return for federal spending in their district. Perhaps the most controversial example in recent memory is the Gravina Island Bridge project in Alaska. It became a major issue in the 2008 elections when politicians from Alaska pushed the federal government into promising $398 million for the project despite the proposed bridge only connecting a community of 50 people to the mainland. 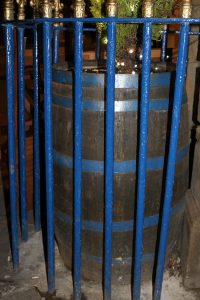 In British politics pork-barrelling is not as common as it is in America. Due to the nature of Britain’s parliamentary system creating strong centralised parties and a government-controlled legislature, government whips are usually able to get legislation passed without resorting to pork-barrel tactics. However, when there is a particularly weak government pork-barrelling can emerge. In 1996 a group of Conservative MPs threatened to withdraw their support for John Major’s government if he did not promise funding for their local hospital, Edgware General. Due to Major lacking a majority he was forced to capitulate and give them the funding they wanted. It could also be argued that Theresa May’s promise to direct £1bn of funds to Northern Ireland in return for DUP support in the Commons was the greatest piece of pork-barrel politics of all time, with each MP costing the government £100m.

Recent talk however of Theresa May’s attempting to ‘buy’ Labour votes for her Brexit deal have taken pork-barrel politics to the big time in British politics. Never in the history of modern British politics has there been such a brazen and ambitious attempt to pork-barrel votes from an opposition party. May’s plan involves tempting Labour MPs from areas which voted to leave the European Union in 2016 with extra funds for infrastructure projects in their constituencies. This should help these constituencies after they lose access to the EU’s regional aid budget after Britain’s exit.

The idea of such a deal between a Conservative government and Labour MPs has caused outrage from many in the Labour Party. Shadow Chancellor John McDonnell in a speech in Stoke accused the government of engaging in “bribery and corruption.” He remarked that such pork-barrel politics degrades the British political system and is “dangerous for our democracy.” Ian Lavery, a close ally of Corbyn and former general secretary of the National Union of Mineworkers, accused the government of playing “divide and rule” politics, bribing Labour MPs with “fool’s gold.” David Lammy directed his disgust at the proposed deal to the Labour MPs considering the governments offer calling them “cowards and facilitators.”

We cannot completely dismiss what these three are saying. Under normal circumstances pork-barrelling is bad politics. It wastes taxpayer’s money and moves money away from areas that actually need it for short-term political reasons. However, we are no longer living in normal circumstances. Brexit has transported British politics into the Upside Down where the normal rules of politics no longer apply. We have a government that lost a key vote in parliament by 200 hundred votes yet still survived a motion of no-confidence. We have a Conservative Prime Minister who had 117 of her MPs vote against her in a 1922 confidence motion, yet still believed she can carry on. We also cannot forget that on the other side of the House we have an opposition leader who in 2016 lost a similar vote of confidence by 172 votes to 40, yet staggeringly remains as party leader. Thus, in this new age of Westminster chaos we should not dismiss any method that might end the Brexit deadlock.

Therefore, despite pork-barrelling usually being associated with everything wrong with modern politics, it could be used as a force for good in delivering this country a Brexit deal. It could help take this country out of the quagmire it finds itself in and provide the certainty this country needs to find its new place in the world after leaving the EU. Hence, we should be encouraging such a deal not lambasting it. We should swallow our distaste for transactional politics and embrace it as an unconventional solution in unconventional times.