Politics in Libya – The Militia State 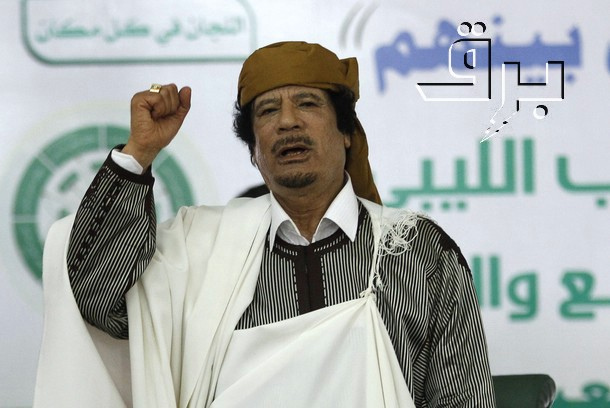 Alex Stock argues that Libya has become a militia state in the post-Gaddafi political vacuum.

In 2011, Gaddafi’s autocratic rule was upended as Nato air strikes drove the regime into extinction. Heralded as a triumph of benign intervention, Sarkozy and Cameron were hailed in Benghazi as liberators of Libya. Two years later, the character of the Libyan crisis could not be more different to the dreams of democracy conceived at the outset of the Arab spring.

Whilst the bombs dropped by Britain and France destroyed the dictatorship of the Colonel, they also destroyed the state of Libya and any prospect of effective governance. With no central authorities or effective political institutions, no police force or national army, and no political constitution paving the way to democracy, Libya is fragmented and unstable. Gaddafi’s embodiment of the state ensured that, when he went, he took the entire state with him and left a significant power vacuum and a turbulent political environment which promised little hope of democratic or stable rule.

The lawlessness which typifies most of Libya, including its capital, was acutely captured by two recent events: the ease with which US special forces spirited al-Qaeda suspect, Anas al-Liby, away from Tripoli where he had been living without attention from the Libyan authorities, and the kidnapping of Prime Minister, Ali Zeidan, from his hotel in the capital. The US infringement upon Libyan sovereignty demonstrates the confused nature and current weakness of the Libyan state but the latter abduction highlights an even greater threat. With the attack on the US consulate last year which killed four Americans, including the US ambassador, Christopher Stevens, and subsequent attacks on the Italian consulate, the French embassy, the EU ambassador’s convoy and the Russian embassy, any prospect of Libyan governance or authority is evaporating as armed groups continue to act with impunity. Attacks on police stations, carjacking and assassinations are commonplace as Libya lacks the one structurally integral concept that preserves the integrity of the state – law enforcement.

The same rebel groups that freed the country from Gaddafi are the new tyrants in Libya. With up to 1,700 different armed groups – Islamist, secular or nationalist – the militiamen are the main obstacle to any tangible political transition; the 12,000 strong militia headed by Hisham Bishr in Tripoli is but one of scores of armed groups that have filled the security vacuum that Gaddafi’s demise gifted to Libya. Running the country has become a stutteringly slow process of negotiation and discussion and, more often than not, political wrangling and infighting which yields piecemeal results. Furthermore, the patchwork of armed factions across the huge desert nation, from the Libya Shield Force in the east to the Sadun al-Suwayli Brigade in the west, have violently confronted the government on numerous occasions. In May, the foreign ministry was surrounded, and the interior ministry ransacked, by armed groups. When militias laid siege to the justice ministry and insisted upon a new isolation law which banned Gaddafi-era officials from public office, the General National Congress (GNC) simply capitulated, thereby losing half of its competent bureaucrats. The Berber community stormed parliament over the summer to demand recognition in the constitution; these incidents illuminate the powerlessness of the Libyan government. Enfeebled attempts by central authorities to implement any attempts at demobilisation or demilitarisation have made little progress – partly as a result of the government’s lack of firepower, but mainly because the state resigned itself to failure when they subcontracted security roles to the militias; in the hope that local armed groups might maintain security in their respective regions, pacts made by the central authorities have only stoked the fires of their tormentors and emboldened them to further their self-serving agendas.

Grave concerns about the militias’ unadulterated power are made worse by two features of the enduring conflict – Libya’s long, porous borders and the dangerous arms situation. It is believed that Libya now has the largest unsecured stockpile of weapons in the world and millions of tons of unaccounted arms. Of particular concern are the 3,000–8,000 surface-to-air missiles known as Manpads – Man Portable Air Defence Systems – which are missing. These unsecured arms stockpiles have been ferried in and out of Libya as the land border patrol units have struggled to control the flow into Libya and out to its neighbours. It is acknowledged that Libyan arms were utilised in the terrorist attack on the In Amenas gas field in Algeria earlier this year, assisted the attempt by Islamist militants to take over Mali, and are now being used in the Egyptian Sinai Peninsula, in Gaza, and in Syria. This danger is exacerbated by the free movement of Islamist, militant groups – some of which are sympathetic or in full cooperation with al-Qaeda – into Libya; the black flag of jihad that flies openly above parts of Libya illuminates the extremist, radical movements that that have flooded Libya’s security vacuum, described by Rami el-Obeidi, former Foreign Intelligence Chief for the National Transitional Council (NTC), as ‘void of the presence of the state.’

Whilst this poses significant threats to the future stability of Libya, the militias threaten the future prospects of the crumbling state even more so with their stranglehold on the nation’s most important commodity and main source of wealth – oil. Libya has sufficient oil reserves that could kick-start the private sector and would attract much needed foreign investment into the country to boost the economy; the militias, however, are holding the country to ransom – they have turned off Libya’s oil taps. In comparison to the 1.5 million barrels of oil produced per day earlier this year, little more than 100,000 barrels were pumped a day in September which left oil exports at a fifth of their Gaddafi-era peak. They have hijacked the government’s main source of revenue by blocking important oilfields and facilities and most of the nine ports are closed, including two of the largest oil export terminals at Es Sider and Ras Lanuf. Blackouts and panic buying at petrol stations are only the short-term implications; Libya will not be able to withstand too many more blows on these shaky foundations before it starts to crumble.

Ali Zeidan has called for ‘caution and rationality’ during the rockiest period since the fall of Gaddafi. Unfortunately, caution and rationality won’t hide the reality that Libya is currently a militia state. Without a proper army that would serve the interests of the people, post-revolutionary Libya is too delicate to confront extremist militias. The links between ministries and militias has more often than not been made to keep the militias out of trouble but, in the long term, only entangle the central authorities further into the web of armed groups. Moreover, above all else, as the civil war continues to unravel in Syria and military coups destabilise Egypt, Libya has fallen off the radar of the international media. Gaddafi predicted tribalism, Islamist extremism and anarchy would all feature in a post-revolutionary Libya. In tandem with Assad’s statement that Libya is an example of the results of outside intervention in a civil war, these two estimations show the parallels of Libya with Muslim failed states, including Afghanistan and Somalia, to be worryingly prescient.