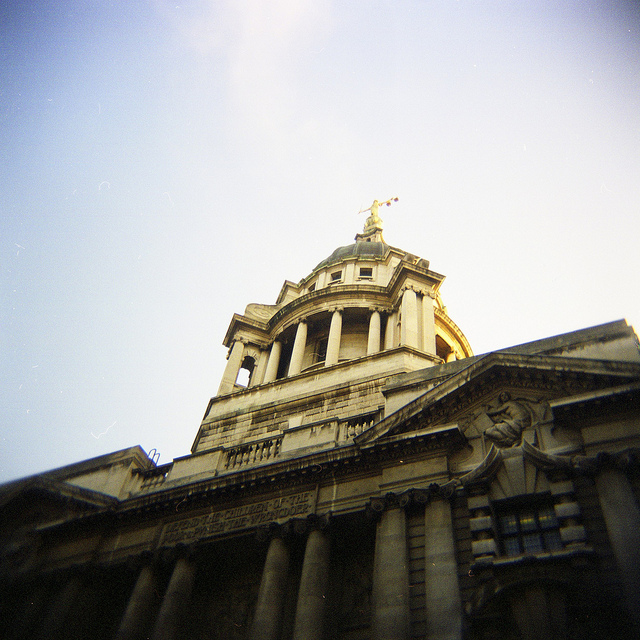 Should the courts allow the religious to set their own laws?

It’s a rare occasion to see so many of one’s personal heroes in the flesh at once. Indeed, for someone who has decidedly given up any interest in sporting endeavours, it’s an experience one hardly expects to ever have. On February the 11th 2012, however, whilst showing my support for One Law for All’s stand for free speech in London, I was able to applaud and raise cheers whilst mere feet away from brilliant men and women whose writings and works have been a profound source of inspiration. Not only were the esteemed A. C. Grayling and Richard Dawkins present, but also the brutally honest and keenly insightful Nick Cohen, the fiery and committed Maryam Namazie and even the acerbically outspoken Kate Smurthwaite of the “Atheist Bitchslap” fame.

I would have happily left that rally feeling invigorated, even joyous, knowing that there was indeed a fine collection of brave and talented individuals who not only shared my basic convictions but also felt the urgency that is appropriate for our current situation, not only in Britain, but across the globe. What I felt to be more salient, however, was the poignancy of listening to those speakers whose perspective was not from within the Western world, but from parts of the globe where basic liberty really is a matter of life and death.

Neglect and betrayal, I’m afraid, is the theme of this piece. I’m somewhat reluctant to go in to detail here, given that the situation has already been expertly documented by Nick Cohen in his brilliant . I dare any liberal with a scrap of moral worth not to shrivel like a salted snail as they read this book and grasp the level of utter cowardice, glibness and out-and-out treachery that we as Western liberals have extended to our brothers and sisters abroad who were not born with the privilege of having their liberties already won for them. I urge anyone seeing this piece to get hold of and read that book thoroughly. For my own brief insight in to this state of affairs, however, I’ll relate what was, for me, the most affecting part of One Law for All’s rally.

Among the many distinguished speakers present that day was the writer and women’s rights activist Gita Sahgal who, following a speech by the head of the London School of Economics’ Atheist, Secularist and Humanist Society (Sundas Hurain, a young woman who spoke affectingly about those who risk and give their lives for basic liberty in her native Pakistan), paused briefly before remarking upon what a solemn business it was for someone like both her and Ms Hurain to stand for freedoms of speech. Her voice quivering, Gita continued, on the very edge of tears, to remind all those present that not only are basic freedoms a matter of life and death for many people she knows personally, but that this reality simply hasn’t penetrated the minds of those with the privilege of living in the Western world. She related how she was suspended from Amnesty International, an organisation founded in London, for criticising its high profile association with Moazzam Begg, a man who has expressed support for a movement that has tortured and murdered women in Afghanistan on an obscene scale (to name but one of the truly evil deeds they have wrought upon that country).

When such a mainstream organisation of Western liberals has, either explicitly or euphemistically, chosen an anti-American rhetoric over drawing the line between themselves and the fascistic thugs who bring an unbelievable level of brutality and oppression to the peoples in their grip, something is very wrong with Western liberalism. It is a betrayal, pure and simple. Whether through ignorance or volition, it is treachery against those who fight for liberal values in the most appalling of circumstances. And, I can assure you, this example is but the tip of the iceberg.

I don’t think of myself as a man who cries easily but I could have readily wept watching, not only Gita, but also the several others who spoke that day of looking to our nation’s esteemed liberal tradition for some kind of solidarity, only to be met with betrayal, neglect or sheer contemptible apathy. Where was the hatred of oppression and solidarity with the oppressed from the nation that produced George Orwell and Thomas Paine!? Where the compassion for and outrage about the plight of women from the home of the suffragettes and John Stuart Mill!? Where the gallantry, for pity’s sake, from a nation with a dragon slayer as its patron saint!?

I make no apology if the above sounds hyperbolic. For many of our brothers and sisters, the occasion is urgent and the stakes unfathomable. The situation for those whom we should be calling comrades is both brutal and tragic. My hope, therefore, is that any liberals in Durham, where I live, will reflect upon present circumstance and learn the deepest contempt for those who would have us revel in the idea of this historical place of learning being a “bubble”; for those who muddy the waters and question the value of liberties they had no part in earning whilst their counterparts both at home and abroad bleed and die for democracy and basic freedoms; who feel no shame in being amongst those of our generation who, either passively or actively, forfeit hard won liberties.

“That we may not be amongst those of our generation who sought to forfeit hard won liberties” is a statement from the manifesto of a group named the Areopagiticans (referring to John Milton’s great polemic that defended freedom of speech in seventeenth-century England). I and the other similarly minded founders of this group make such a provocative statement of values, not out of hubris or self righteousness, but out of the profound shame that would be ours if we did not take the opportunity to draw a line in the sand between ourselves and those who would do nothing to protect or promote the values which make our educations and professions possible. My hope is that there are many in Durham with the soul to feel a similar shame.

This article was first published on Toby Weighman’s blog.