Obama must join the partisan fray to win a second term 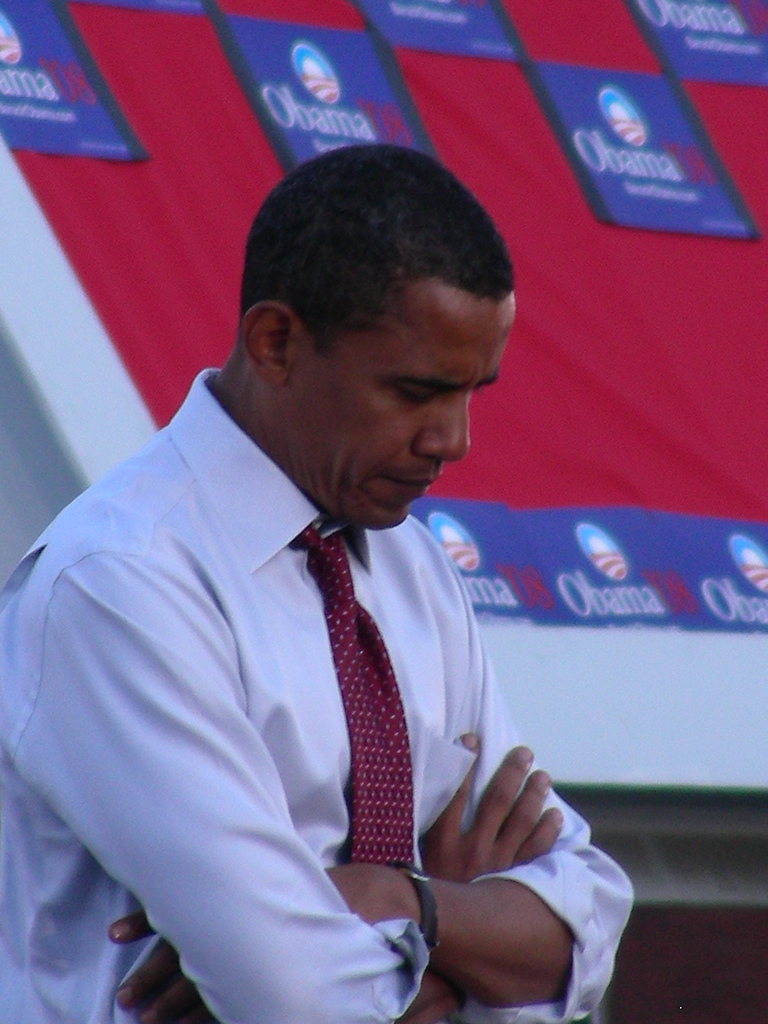 Barack Obama must rethink his domestic campaign strategy if he is to defeat his Republican opponent, Mitt Romney in the up coming Presidential election in November.

As Barack Obama looks forward to what will undoubtedly be an extremely hard fought and bitter election campaign against Mitt Romney in November, he could be forgiven for feeling slightly aggrieved that the random constellation of events in the political skyline have not aligned in his favour during his first term in office.

Obama’s difficulties were plain for all to see when he was sworn into the Oval office on a wave of unquenchable hope and optimism in 2008. But, as the global economic winds have turned against him, and as his Republican opponents have turned into increasingly obstinate bulwarks against his progressive domestic agenda, he has been forced to retreat into the inevitable everyday drudge of political fire fighting. From the debt-ceiling fiasco to the attempted destruction of his historic health care reforms, the Republicans have managed to not only halt the President’s progress in implementing his progressive plans for American economic renewal, but also sour the once gleaming connection that Obama held with his own people.

Like many of his predecessors, increasing impotence on the domestic front due to a nihilistic opposition has driven Obama into the more unchallenged and bipartisan field of foreign policy, where he has proved himself to be a notable, if entirely unforeseen, success story.

Many acerbic critics of Obama’s foreign policy have castigated the President for his hazy vision of America’s role in an increasingly multipolar world. He has been criticised for his lack of a hawkish backbone and, particularly in Republican quarters, of surreptitiously managing an erosion of America’s global supremacy. A diminished military capacity and an outstretched hand to some of America’s most threatening enemies, notably China, Russia, and even Iran, has left him open to the quintessentially right-wing caricature of a Wilsonian idealist in search of a parallel world devoid of realist power politics.

As seems customary with many of Obama’s critics, the subtleties of the President’s considered approach often go unobserved. The lesson taken from the Bush Doctrine was that a bombastic ‘one-size-fits-all’ approach to foreign policy does a President no favours, even if you possess the hard power capabilities to back it up. The hawkish short-termism of the Bush era won America no friends, and shattered its credibility as a leader that practised what it preached. Occasional giddy rhetoric aside, Obama’s first term has gone a fair way towards restoring this tarnished credibility through a prehensile approach towards foreign policy that has ensured that America acts, rather than just talks, like the world hegemon that she should be.

In truth, the skills needed for adroit diplomacy are well suited to Obama’s personal qualities as a leader. Contrary to the conventional vision of a man preaching hope and reconciliation to the masses with inspirational élan, Obama’s real strength resides in his emotionally detached aloofness that allows him to exercise measured judgment on a case-by-case basis without being blurred by the fog of the political fray. He is criticised for his lack of a clear global vision – there is no recognisable ‘Obama Doctrine’ to speak of- but this is ironically what has made his foreign policy so effective. Foreign policy does not usually require grand plans or broad strategies. It consists of individual tactical decisions, which must each be closely mitigated in response to immutable realities and divergent consequences. 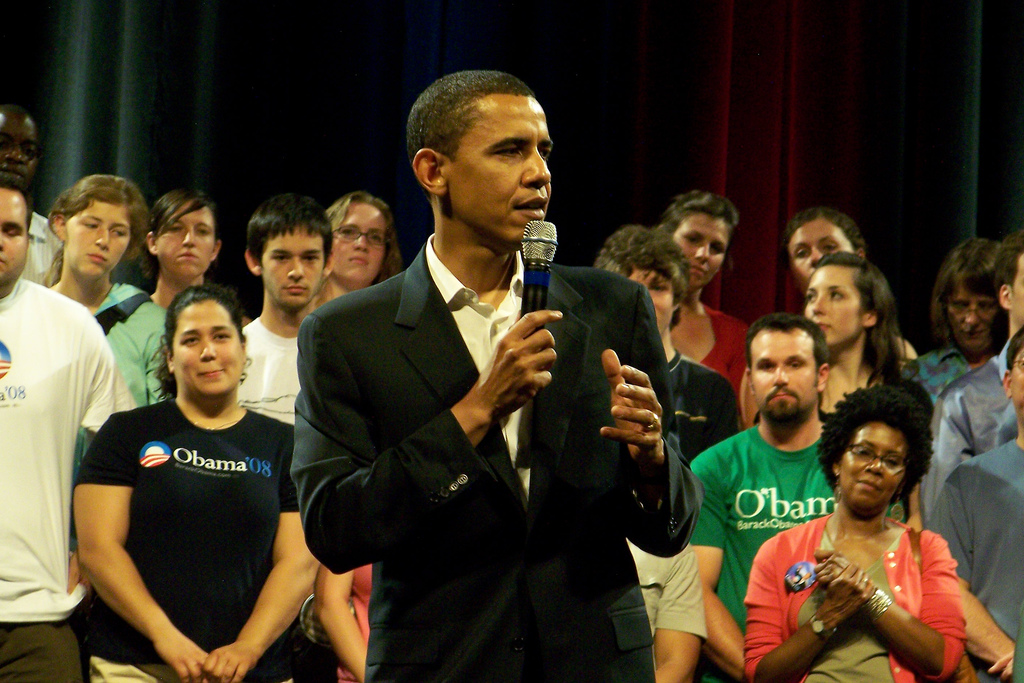 Impressive oratory may not be enough to save Obama from a heavily funded Republican campaign.

Obama’s foreign policy record reads as a long list of pernicious pitfalls that he has skillfully managed to anaesthetize. In Iraq, he withdrew carefully from a war that America could no longer afford. In Afghanistan, he has had the courage to keep America in long enough to ensure some form of stability is secured but not overstayed his welcome long enough to secure a pyrrhic victory that could never ensure a peaceful Afghan future. In Libya, a potential humanitarian disaster was avoided, and Obama bolstered the international arguments for collaborative multilateralism by ‘leading from behind’ and encouraging his weaker NATO partners to take a more empowered role. In the Far East, he has managed to balance his relations with China so as to entrench US hard power influence in the region, but also avoid fuelling accusations of an enduring US containment policy in response to the Middle Kingdom’s inexorable rise.

Although he may not have ‘put his hand on the arc of history and bent it towards a better day’, he has notably cleaned up America’s tarnished global reputation in light of his predecessor’s bellicose policies, and he has finally forged a wide consensus around the importance of multilateral cooperation in response to humanitarian crises.

Of course, the legally dubious covert drone program in Afghanistan and Pakistan runs against this multilateral trend. However, it also shows the underlying pragmatism that has been the key to Obama’s success. He has an intangible sixth sense for when his idealism must end where and his pragmatism must begin. Obama has to consider US national security at some point, and the drone program has proved to be the indomitable weapon that has decimated the upper echelons of Al-Qaeda, including its infamous leader, Osama Bin Laden. The program is no beacon of American moral excellence, but it certainly is an effective strategic asset that has provided real solutions against the Al Qaeda threat. Diplomacy is rarely clear-cut and often permeated with tough compromises. As nasty trade-offs go, the benefits of the drone program heavily outweigh its pitfalls.

This said, American presidential elections are won on home soil, not in foreign fields. Herein lies Obama’s real dilemma. Obama’s innate reasonableness on his travels has been exposed as a weak malleability by his political opponents at home. An outstretched hand offering constructive bipartisanship has been spurned and used as a political whip to encourage brinksmanship and political point scoring.

The debt ceiling fiasco, repeals against the Healthcare plan, and almost no movement on immigration all pay testaments to Washington’s current rigidity. Obama’s conviction to leave partisan politics behind is admirable, but it has meant that he has neglected the necessary politicking needed to survive in Washington. He has, at every turn, downplayed ideological fissures, erred towards compromise and favoured political pragmatism over ideological truculence. So much so that his people no longer know what he stands for. He has failed to drive home the negativities, both past and present, of his Republican opponents. In the end, this has left him horrifically over-exposed in the high-stakes game of Washington realpolitik.

Obama has always strived to operate above the petty and banal knife twisting of partisan politics, but if he is to win a second term, he may have to bend his admirable zeal. The deep pockets of Mitt Romney’s campaign coffers are going to bounce Obama into a short game sooner or later. Obama will face a frustrated electorate stagnating in a frozen economy, a political crisis in the Eurozone over which he has no real control, and one of the most comprehensive negative advertising campaigns in presidential history against him to back it all up. He cannot afford to stand above the fray preaching the enduring audacity of his hope for American renewal, because his opponents will simply question the veracity of such hope. Obama can defeat his opponents on grounds of competence, even in the current climate, but to do this he must descend momentarily into the partisan game. Otherwise, events and an aggressively funded Republican campaign juggernaut will bulldoze him unjustly in the political wilderness.

This article was first published on David Wynne-Griffith’s blog.