Minimum Alcohol Pricing – Should Lib Dems be in Favour or Opposition? 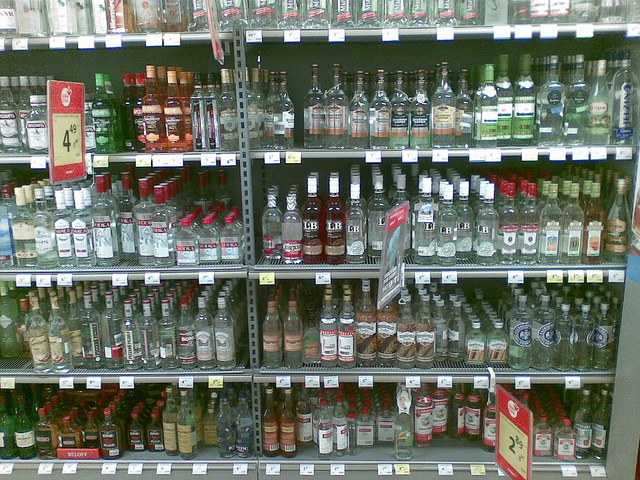 Will this be the end for cheap alcohol?

The biggest news for students this week should be that David Cameron now officially backs a minimum pricing for alcohol. This has been doing the rounds as an idea for a while but hasn’t had backing high up the Tory party yet; Andrew Lansley (Health Secretary) has even come out against it in the past (presumably he has bigger threats to keeping his job than this contradiction at the moment).

A possible reason for the new support is that Scotland’s experiment with it is not producing that much popular protest or angst, something politicians might potentially have been scared of. The public health projections for Scotland are also quite positive, suggesting that it would take only two years before there would be a dramatic decrease in hospital admissions because of alcohol.

It’s easy to see the allure of alcohol pricing from a non-ideological perspective; there clearly is a problem of alcoholism in this country and that must be at least partly fuelled by very cheap alcohol in supermarkets, often on offer. There is also the decline of the traditional English pub: why would anyone buy drinks there when it’s much cheaper to drink in the home before going out? So, in theory, minimum alcohol pricing kills two birds with one stone.

There is also a philosophically liberal justification for government intervention in the case of alcoholism. T.H. Green, the first of the ‘New Liberals’, way back in the 19th century argued that being addicted to alcohol is a restriction of your personal liberty, just as much as anything else. If liberals choose to prescribe to this, and these days most liberals do accept this refined classical liberal position, then clearly some action around alcoholism is justified. The question is just whether minimum pricing fits into this principle.

If minimum pricing were, say, 50 pence per unit, as proposed as the necessary minimum by some experts, what would the effect be? Well, on a superficial level, a 70cl bottle of vodka would have a minimum cost of £13 (the cheapest Tesco Value one is around £8 at the moment in the big Tesco on Market Square). Bière Spéciale, a favourite among students, would also shoot up in price. This would certainly have an effect on students: we probably would have a little less alcohol, but marginally less, rather than dramatically less. It would also affect the poorest in society: the man who likes to have some cheap beer whilst watching Champions League football on his evening off from his night job. One group it certainly wouldn’t affect is the middle class, or even the lower middle class. These people drink quite large amounts of wine and beer, but they pay quite a lot for their alcohol already, so it wouldn’t make a difference to their habits.

The minimum pricing would, in effect, be a tax on students and poor people, a stunningly regressive idea. More than that, it wouldn’t actually be a tax, as the extra revenue raised just goes straight to the seller: it’s a minimum price, not a tax by the government. So a different solution would perhaps be a higher ‘sin tax’ on alcohol that would rise on all alcohol, regardless of price. At least then, the lawyer and the labourer would have their social habits inhibited in the same way by the government.

There is a deeper objection than the regressive-ness of the proposed system. It is that this is an inherently paternalist idea: this is the state thinking it knows what is best for society and individuals within society. Attempts to dress this up as helping those who are addicted and solving anti-social behaviour within town centres are not relevant. Those who are addicted to alcohol will not be priced out by this – drugs like Heroin are massively more expensive, yet addicts still manage to find the funds, through legal and illegal means, to feed their habit. Town centres will not suddenly become more salubrious areas either; people will still drink a lot before they go out on Friday nights; if anything, they will prioritise their spending on that drink over other things.

So the only reason the government wants to do this is because it thinks alcohol is bad for people and the government knows better than people as to what is good and bad, so it will enforce its view with laws. This is a distinctly illiberal position and one I personally don’t support (although I know a lot of Lib Dems will support the minimum pricing for Greenian reasons outlined above). The government should concentrate on facilities and help for alcoholics, more education for young people on alcohol and tougher/more effective measures for tackling anti-social behaviour when it occurs. This will probably come up at the Liberal Democrats’ Spring Conference in Gateshead next month and I will vote against any motion supporting this pricing. I suspect, however, it will narrowly pass and it will not be long before expensive vodka and Bière Spéciale comes to a Tesco near us.